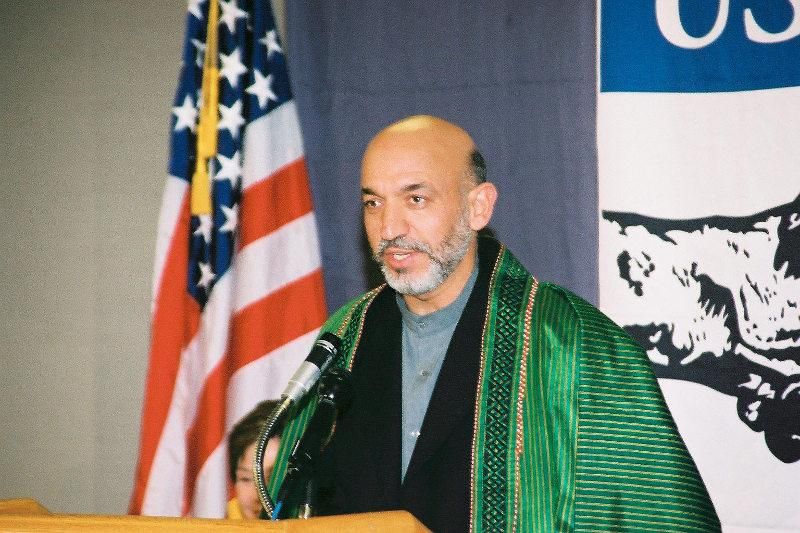 Afghanistan is entering a period of acute crisis that could put the final nail in the coffin of the imperialist intervention there. Contradictions in the military and political situation have been building beneath the surface for years. The inability of NATO to defeat the Taliban is a direct reflection of the corruption, nepotism, and incompetence of the Karzai regime.

Despite eight years of war, Afghan government and NATO troops have been unable to stop the Taliban from being able to continually gain strength and cause mounting casualties amongst their ranks. The only way these bandits have survived (and grown) against the overwhelmingly superior military strength of NATO is that ordinary Afghans don’t see any real difference between the Taliban and the equally despicable Karzai government.

Afghan presidential elections were held last week, the second since the 2001 invasion. These elections have underlined massive contradictions within the government and the war effort as a whole. For starters, voter turnout was abysmal; reports by Afghan election officials estimate the turnout at 20-30% lower than the elections in 2004. Partially, this is due to Taliban threats of violence against voters, but this does not tell the whole story since this was also true in 2004. The low turnout this time around is a direct reflection of the bankruptcy of the Afghan federal government. In 2004, the idea of elections was new and many Afghans genuinely wanted to give a chance to the new opportunity offered to them by Western imperialism. However, we said at the time that the Afghanistan war was unwinnable and that on the basis of bringing in capitalism and “democracy” at the point of the bayonet, there was no way forward for the Afghan people. These perspectives have been proven correct again and again.

After enduring years of oppressive and corrupt rule by the Karzai puppet regime, Afghans now view the federal government to be just as bad as the Taliban (and in some cases, worse). Karzai has increasingly leaned on the warlords, drug runners, and even the old fundamentalists to prop up his regime. One particularly vicious example of this is the so-called “rape law” that allows Shiite men to withhold food and other necessities from their wives if they do not fulfil them sexually. Karzai and NATO have not given the Afghan people an ounce of progress, but rather further mired the country under the same tyranny as before. This is the real explanation behind sharp decline in voter turnout. It also explains the inability of imperialism to defeat the insurgency, which could not survive without some popular support in the south. The majority of Afghans do not see a better future for themselves under either the Taliban or imperialism. 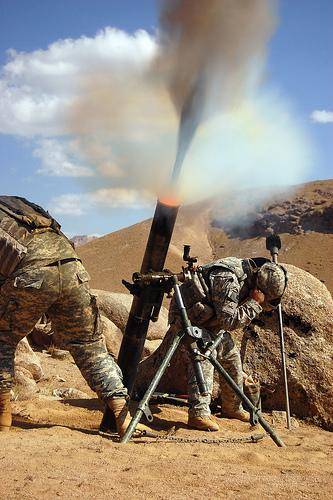 The lack of support amongst the people, and a resilient insurgency that daily erodes the little legitimacy left in the regime, has led to a crisis within the government itself. This is reflected in the recent elections. All of Karzai’s primary rivals are former members of his own inner circle. His former finance minister, Ashraf Ghani, and foreign minister, Abdullah Abdullah, are both considered high-profile challengers to Karzai. The execution of the election itself was highly dubious, with election observers from various candidates disallowed from entering polling stations, reports of voter stations not being set up, and the predicted violence. However, this was nothing compared with the drama that unfolded as the votes began to be counted. Widespread reports of voter fraud overshadowed the election. Karzai’s main rival, Abdullah Abdullah, has made countless accusations of fraud claiming that Karzai, in his position as president, "uses the state apparatus in order to rig an election."

Accusations of fraud are primarily directed against state officials appointed by Karzai. "All this happens under his eyes and under his leadership. All those people who are responsible for this fraud in parts of the country are appointed by him," said Abdullah. One particularly telling case involved a polling station that was set up in the home of a Karzai-appointed police chief. It is alleged that the police chief stuffed ballot boxes for Karzai. The district where this occurred had an estimated voter turnout of 10% on election day; however, if one were to go by the number of ballots cast, turnout suddenly balloons to 40%, with the extra votes all going to Hamid Karzai.

The UN-backed Electoral Complaints Commission (ECC) has received 225 complaints of fraud in total. Of these complaints, 35 of them are on such a massive scale that they could sway the final outcome of the election, according to ECC head Grant Kippen.

As the central government’s infighting reaches an ever more degenerated point, the insurgency is gaining strength. Just days after the election, and as allegations of fraud and corruption swept the country, four more American soldiers were killed in a roadside bomb. These casualties made 2009 the bloodiest year yet for NATO soldiers. The synchronicity of these events is no accident.

The political, economic, and military questions in Afghanistan are all closely related. The collapse of the elections, the schisms within the government, the overwhelming corruption and nepotism of the Karzai regime, and the degenerating security situation all point to an imminent crisis for imperialism in Afghanistan.

Capitalism is incapable of offering a way out for Afghanistan, or any other undeveloped nation. The foreign occupation and its puppet government are the best recruiting sergeants for the Taliban. The corruption and tyranny of the Karzai regime, coupled with the unpopular and bloody war being waged in their homeland by NATO is giving the Taliban fresh life. Only on the basis of a socialist federation of the region can peace, progress, and genuine democracy be brought to Afghanistan. Only through combining the resources of the region in a democratic socialist plan of production can the anarchy of capitalism (with its bloody history in Afghanistan) be abolished and the region and its peoples enabled to reach their full potential.