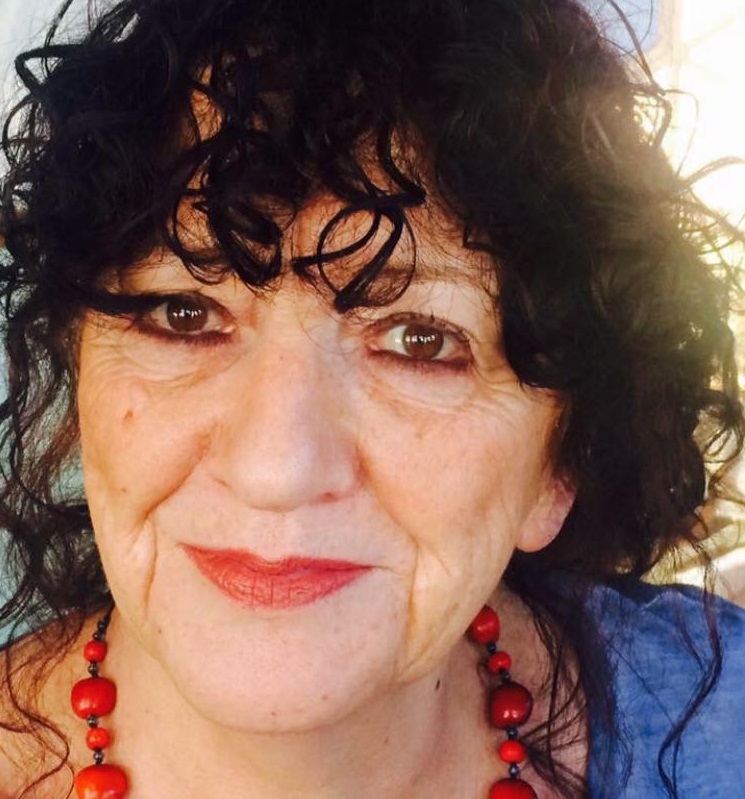 It was with tremendous sadness that we discovered comrade Pam Woods had died following a courageous battle with leukaemia and MDS. In keeping with her immediate family’s wishes for privacy at such a difficult time, we did not publish an obituary.

Such a wonderful class fighter and comrade, however, deserves a tribute for her immense sacrifices to the cause, and it is with this in mind that we now publish a commemoration of Pam.

Throughout her life, Pam was a tireless fighter for the cause of the working class and all oppressed and exploited people. She hated any kind of injustice and was a first-rate trade unionist – socialism was in her blood.

Pam Davies, as she was then known as a young female comrade, was born into a working-class family in a South Wales mining village called Glanamman in the Aman Valley, in what was then known as Carmarthenshire. Her father, Emrys, had worked in the mines, but when I knew the family, was the owner of a small corner shop, which he ran together with his wife, Joan.

This was Welsh-speaking country, and in that house hardly a word of English was spoken. Indeed, until she was 10, Pam only spoke Welsh and it was always her first language. Later, the family moved to another nearby mining village, Gwaun-Cae-Gurwen (commonly known as GCG). By coincidence, this had been a stronghold of the Welsh Trotskyists in the 1940s, and Pam and I recruited a marvellous old comrade, a coal miner and former member of the Revolutionary Communist Party who had great respect for Ted Grant.

I remember many interesting conversations Pam and I had with other Welsh-speaking comrades in the Miners’ Club in Ammanford, including Olwyn Hughes, Dylan and Sylvia Jeremiah and Dick Doyle, with whom Pam was able to discuss Marx and Engels in Welsh with such ease and knowledge that I, for once, had no idea what to say.

I met Pam when she and I were active in the Young Socialists. Like myself, she was an active supporter of the Marxist Tendency, Militant. We got married and had a daughter, Lizzie (Pam already had another daughter, Steph, from a previous marriage).

We were very successful in building a strong Marxist tendency in South Wales, and Pam played an important role in this work. But life was very hard for a struggling young couple. The wages paid by Militant were frankly not enough to live on.

We lived in an old house with no indoor bathroom or toilet. As a child, Pam suffered from rheumatic fever and had bad arthritis in her hands. This problem was not helped by our living conditions. But Pam never complained.

In the 1970s, a revolutionary situation was developing in Spain. The comrades at the centre decided that the only way to build the Marxist Tendency there was for me to move to Madrid.

I cannot emphasise sufficiently the colossal sacrifice this meant. To move to Spain, which was still a dictatorship (although Franco had died just a few months before) with two young children, was not something many people in Pam’s position would have ever contemplated. It was a hell of a lot to ask of Pam, but she agreed immediately, although that decision came at a very high personal cost. We lost our house and most of our possessions – even the kids’ toys. In the end, we lost a lot more than that.

Politically, the work in Spain was extremely successful. From a tiny group of half a dozen, working in difficult underground conditions, we grew to 350 in 18 months, becoming the second-biggest section of what was then the CWI.

But this success came at a cost. Pam played a very active role in this revolutionary work – as active as was humanly possible, while bringing up a family with next to no resources. But while revolutionaries can willingly make sacrifices themselves, it is very hard to see one’s children suffer material privation. This situation put our marriage under extreme pressure. In the end, it broke down completely.

Pam and I had agreed to stay in Spain for two years, and that time was now up. Pam decided to take the children back to GCG, where they would have support from her parents. I agreed that this was the right thing to do, but felt my work in Spain was not complete. We finally reached an agreement that I should remain for a time, but that turned out to be another five years – too long for a relationship that was already under a lot of strain to survive.

Later, Pam moved from GCG to London, where she believed the children would have a better future. Pam threw herself into trade union work while working in Islington Council, leading a successful strike against outsourcing at the same time as building Militant activity in Hackney.

She was also instrumental in building Socialist Appeal branches, holding meetings in her Old Street flat which one comrade described as: “such a warm and welcoming place, full of books, and kindness… Pam actually used to make us all dinner before we went home”. And that is the essence of Pam, really.

As a trade union official there was never one dispute Pam lost – she used to say that, when she was entering the room with especially hostile management, she imagined a Welsh miners’ brass band marching behind her, and that gave her the confidence to, in her words “rock on”.

As a language graduate, Pam also gave free English lessons to refugees from Afghanistan and other parts of the world during her time as a market inspector. She hated suffering, or inequality of any kind.

She remained a committed Marxist right to the end. She played an active role in the trade union movement as a union rep. At the time of the 1992 split in Militant, she unhesitatingly supported the Minority led by Ted Grant, from which the present IMT was born.

Since our divorce, Pam and I had been estranged, leading totally separate lives.

I knew that she had been battling courageously with leukaemia for some time, but I thought it was in remission. I had no idea that they had discovered a new and more-deadly cancer, and she knew she had only weeks to live.

Very few people were aware of the real gravity of the situation because Pam, typically, did not want to alarm her friends and family. She did not want to die in hospital and she got herself discharged and went home where she quietly prepared the paperwork, so as to leave all her affairs in order and make arrangements for her funeral.

She was selfless and considerate to the very end, but that end came so suddenly that even those who knew the situation did not expect it. It was the cruellest blow imaginable and has left her family devastated.

The whole International owes a debt of gratitude to Pam Woods, as do I personally. I will never forget the sacrifice she made. Our condolences go to all her friends and family.