News of the death of comrade Jean Lievens came as a most shocking and unwelcome surprise to all of us who knew him. Jean was always so full of life that to speak of his death seems to be unthinkable. But at the tragically early age of 59 he has been suddenly taken from us after a short fight against a serious illness. 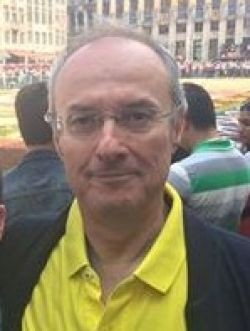 Photo: Eric DemeesterI have known Jean since he joined our tendency in the 1970s when he was a leading member of the Belgian Marxist tendency that produced the paper Vonk, of which he later became the editor. He had a very sharp brain and took a keen interest in Marxist theory, especially economics. He was also an excellent writer and a first-class exponent of Marxism.

As a person he was a delight to be with, patient, good humoured, tolerant and extremely humane. As often happens in life and politics, people can have their differences, and Jean and I have had our differences. But I can say this of him. Jean Lievens never became fanatical or bitter. It was simply not in his nature. And I can also say that Ana and I never ceased regarding Jean as a good friend and comrade, a fact that he knew very well.

Ted Grant used to say that a revolutionary needs to have two qualities: a sense of proportion and a sense of humour. Jean had both those qualities in equal measure. He had a great sense of humour and was always ready to laugh at the world in general and also at himself. Nevertheless there was never the slightest doubt about the seriousness of his commitment to the revolutionary movement.

Jean remained active in politics, always fighting for the cause of socialism and the working class – the very same cause that had always united us from first to last.

One of Karl Marx’s favourite mottos was the famous phrase of the Roman playwright Terence: “I regard nothing human as alien to me.” I can think of nobody to whom that line is more appropriate than Jean Lievens. Jean loved life and he enjoyed it to the full. The world will be a poorer place without him.

We send our most heartfelt condolences to his two sisters, to Sam, his godchild, to Michel and Sylvie and all his friends.

Jean’s funeral will take place on Friday morning in Ostend.