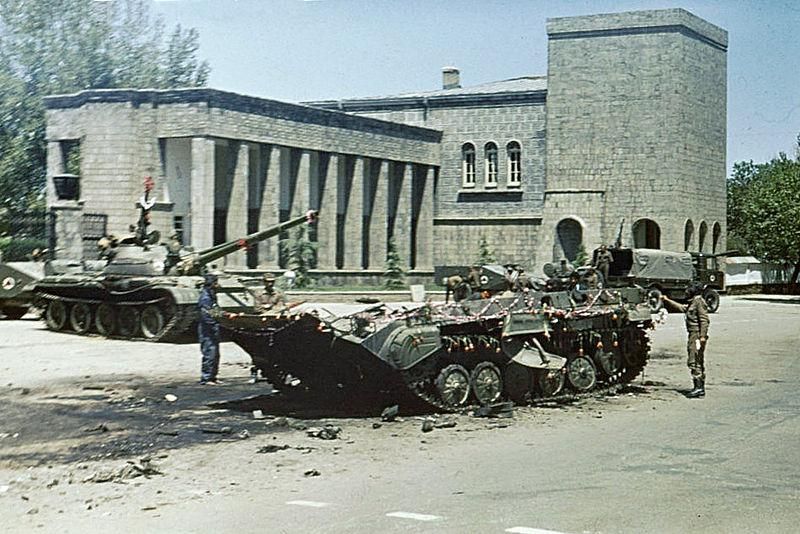 The Saur Revolution - distorted and obliterated by the intelligentsia and official historians - dared to free the oppressed masses in Afghanistan from centuries of brutal despotism and ferocious devastation by imperialists of all shapes.

South Asia is well known for celebrating landmark dates, of which there are many. However the Saur Revolution which took place on 27th April 1978 in Afghanistan has been feloniously erased from annals of the region’s history. Ever since the dramatic events that led to this revolution and the subsequent radical and far reaching reforms in its aftermath, the corporate media, the intelligentsia and the official historians have distorted, debased and tried to obliterate the memory of this glorious episode of Afghanistan’s past. This revolution dared to free the oppressed masses in Afghanistan and the broader region from centuries of brutal despotism and ferocious devastation by imperialists of all shapes and shades. Even today this revolution remains the only beacon of hope for the toiling masses of this tragic land under Mafia capitalism and imperialist hegemony, showing them a way out of the ongoing suffering and devastation. 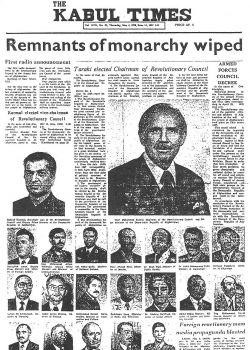 Bourgeois hirelings have deliberately equated the Saur revolution with the occupation of Afghanistan by the Soviet armies and have criminally concealed that the Russian forces entered Afghanistan eighteen months after the revolution on 29th December 1979.The first two presidents of post-revolutionary Afghanistan and leaders of the Khalq faction of the PDPA, Noor Mohammad Tarakai and Hafeezullah Amin, had little faith in the bureaucratic regime that prevailed in the Soviet Union and were bitterly against any foreign intervention, including by the Soviet Union. Tarakai was killed earlier on and it is highly probable that the KGB or the pro Moscow faction of the PDPA assassinated Hafeezullah Amin on the eve of the Russian intervention.

It would not be wrong to point out that Saur Revolution was imposed from the top in a revolutionary military uprising with organisational and political weaknesses - it was not a classical socialist revolution from a Marxist standpoint. However no other event in the history of South Asia struck such a blow to the region’s feudal drudgery, tribal primitiveness, religious oppression and exploitation by capitalism and imperialism.  This was a revolution by decree, which was immediately supported by millions of oppressed Afghans. These decrees were directed at the most extreme forms of coercion that prevailed within society. For example Decree no. 6 cancelled debts, loans, mortgages and revenues due from peasants to the usurers and big landlords (in most cases this was debt inherited from generation to generation). The decree fully exempted “landless persons who work on a landowner’s land as a peasant or hireling [wage (day)-labourer]” from paying any dues and usury to the landowners and usurers.

Decree no. 7 was “to ensure equality of rights between women and men in the domain of civil law, to eliminate unjust patriarchal feudal relations between wife and husband”. It also criminalized: 1- Girls’ marriage based on exchange for money and goods; 2-Forced marriage; 3- Acts that either prevent a widow, because of family or tribal kinship, from wilfully re-marrying or forcing them into an unwanted marriage. It further fixed the age for engagement and marriage at 16 for women and 18 for men, thus, effectively banning child marriage.

Decree no. 8 confiscated lands owned by the feudal lords and the deposed royal family without compensation and their redistributed it among landless peasants and peasants with small land holdings. The decree’s aim was first and foremost “to eliminate feudal and pre-feudal relations from the social and economic order of the country.”

Some of the other radical policies pursued by the Saur revolution were: cancellation of revenue dues, equitable distribution of water and the establishment of peasant cooperatives. Major literacy programs were launched (by 1984 one and half million people had finished literacy courses and in the same year 20,000 literacy courses were functioning throughout the country enrolling 377,000 people. The target was to eradicate illiteracy by the year 1986 in urban areas and by 1990 all over Afghanistan. In the period prior to the Saur Revolution, only 5,265 people had finished literacy courses. The leadership of PDPA (Khalq) initiated these decrees before the intervention of the Russian forces. They had to overthrow the system, the oligarchy of capital and the state to begin introducing reforms. The Saur revolution proved yet again that in the neo-colonial countries not even the basic tasks of the bourgeois democratic revolution can be commenced under the rule of the rotten colonial bourgeoisie.

Such radical measures sounded the death knell for imperialist interests and the capitalist/feudal system in the whole region. This sent tremors through the corridors of power from Islamabad to Riyadh, London and Washington. To counteract this revolutionary change in Afghanistan the CIA launched its biggest ever covert counter-revolutionary operation. This was imperialism’s jihad against ‘communist infidels’. It was a reactionary insurgency that has wreaked havoc in the region. The imperialists and their vicious stooge Zia ul Haq bred and propped up the bestial menace of Islamic fundamentalism with vast networks of drugs, weapon smuggling and criminal gangs, known today as ‘Taliban’. Now they have turned into Frankenstein’s monster in the eyes of their own creators. Such has been the devastation caused by this imperialist counter-revolutionary war that for thirty-six years this region has been plunged into a deadly conflagration that has pulverised the lives of generations of ordinary people.

What has been vividly demonstrated is that there is no way-out of this war of attrition, bloodshed and mayhem under the present socioeconomic system. The revolution and the counter-revolution in Afghanistan has exposed the absurdity of the Durand Line artificially drawn in 1893 to dissect a living and dynamic nation of the Pashtoons. But this also brings to the fore the reality that Afghanistan and Pakistan are integrally linked and only a unified revolutionary approach can overcome the religious and imperialist reactionary mayhem engulfing the whole region. Noor Mohammad Tarakai, leader of the Saur revolution, was unambiguous on the internationalist character of socialism if it were to succeed and for the revolutionary changes to survive.

In a speech marking the first anniversary of the Saur revolution on April 27th 1979 Noor Mohammed Tarakai thundered:

This is the real essence of the Saur revolution and a message to the new generation of workers and the oppressed masses of the region and far beyond. Nothing less than a socialist revolution can deliver the region from this harrowing episode of wars, mayhem, bloodshed, poverty, misery and deprivation.