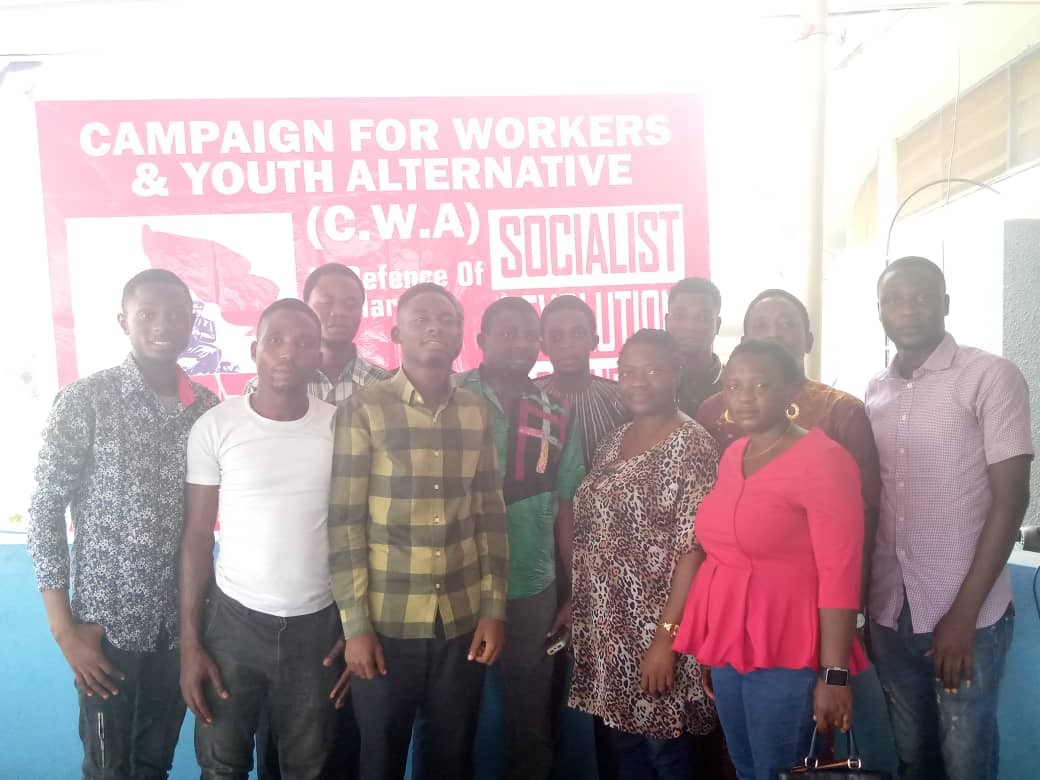 The annual Marxist School of the Nigerian section of the International Marxist Tendency (IMT) was held over the weekend of 23-24 November 2019.

Comrades travelled from Lagos, Ekiti and Iseyin to be part of the highly educational and inspiring school, which was hosted by the Ibadan branch of the organisation. A total of 13 comrades attended the school. This typifies an unprecedented dedication by the comrades, which laid the basis for the success of the school, which was also reflected in the high level of discussion.

The first session began on Saturday 23 November, with a discussion on the topic "What is Marxism", introduced by Comrade Rashy and Comrade Peter.

Comrade Rashy started the discussion with an overview of dialectical materialism, providing a thoroughgoing lead-off on the topic. She described dialectical materialism as the philosophy of Marxism and stated that philosophy is simply the way we look at the world. She drew a clear distinction between the schools of materialism and idealism. She explained that dialectics is the study of matter in motion and how it is different from formal logic, metaphysics and empiricism. The concept of absolute truth and relative truth was also addressed.

The second part of the discussion, on historical materialism, was led by Comrade Peter. He began by saying that, just as dialectical materialism is the philosophy of Marxists, historical materialism is the method by which Marxists analyse historical development (the materialist conception of history). He pointed out that, contrary to the assertions of the bourgeois apologists that private property has always been and will continue to be, humanity did not begin with capitalism or private ownership. He explained that the idea of private ownership was a recent development in human history. He traced the social and economic developments that existed before capitalism, from primitive communism where there was no private ownership and no classes, to the slave-owning societies (the first form of class society in history), to feudalism, to the present socio-economic system of capitalism. He said that Marxists do not view history as a series of unconnected and unforeseen events but as determined by certain processes, governed by particular laws. To conclude, he said historical materialism explained that the motor force of history is the class struggle.

The last part of this session, "Marxist economics" was introduced again by Comrade Rashy. She spoke extensively about how capitalism works. She stated that capitalist profit is the unpaid labour of the working class and also spoke on the Labour Theory of Value. She made an important point when she said that exploitation under capitalism is hidden, unlike other systems before it, and how it took the genius of Marx and Engels to expose this exploitation. She explored the contradictions within the system that leads to crisis. She differentiated between underconsumption, which has been evident under all hitherto existing socio-economic systems, and overproduction, which emerged only under capitalism. She concluded by saying that capitalism has entered an impasse but will not just collapse of its own accord. We need to consciously organise to overthrow it.

Women’s oppression and the role of religious institutions 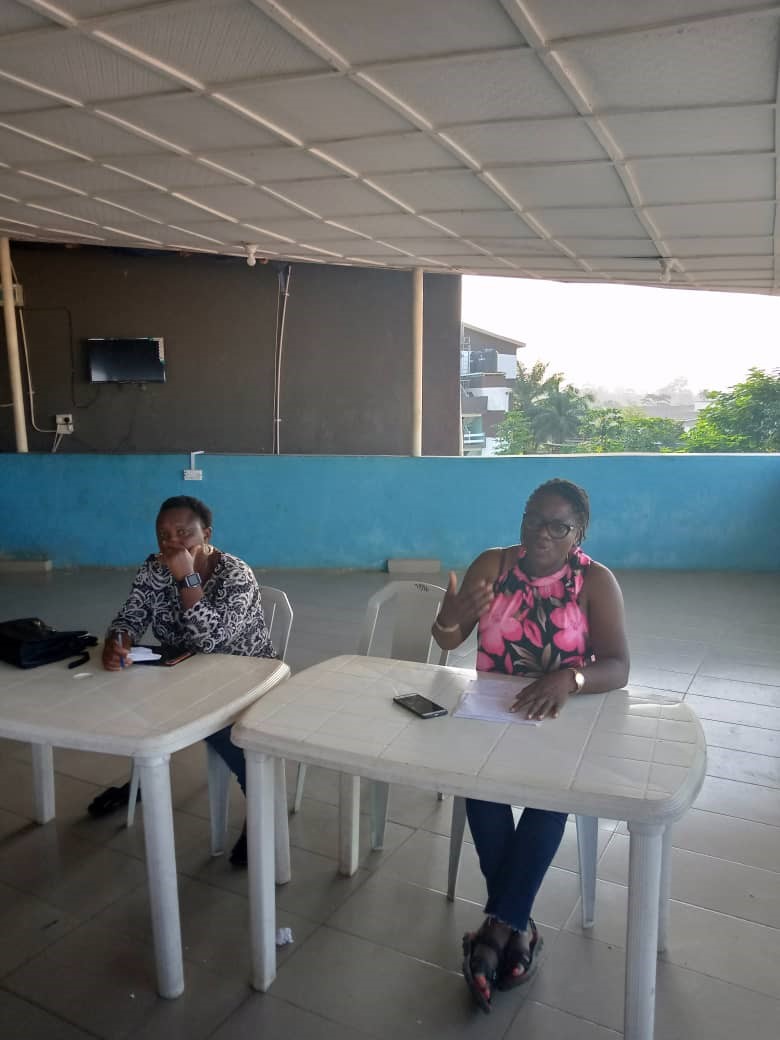 The second session was on the oppression of women and the role of religion. The discussion was introduced by Comrade FJ. She stated that it is not correct to say that the source of women’s oppression is their biological configuration. She said the woman is faced with a double yoke of oppression under the system of capitalism because the man is already a slave of the system, which makes the woman the slave of a slave. She said women face oppression in their workplaces and at home. She explained that religious institutions also act as an agent of women’s oppression, especially in backward countries like Nigeria. She concluded by saying that the woman question, like all other minority struggles, should be linked up with the crises of capitalism, and that it is only through the overthrow of capitalism that women can be truly free from oppression.

The first session on Sunday 24 November began with the discussion on the Communist Manifesto. The introduction was given by Comrade Revo and Comrade Phillip. The four chapters of the pamphlet were divided between the two comrades. Comrade Revo gave a detailed leadoff on "Bourgeoisie and Proletariat”, explaining the opening statement, which reads “the history of all hitherto existing society is the history of class struggles” and how the first elements of bourgeoisie emerged from the burghers. He spoke about how the discovery of America and the rounding of the Cape opened up fresh ground for the rising bourgeoisie. He explained all the conditions that led to the transition from the old feudal order to capitalism. Under the second chapter, “Proletarians and Communists”, he explained the attitude of communists toward the proletarians as a whole. The most interest part of this discussion was appraising various political situations in Nigeria based on the Communist Manifesto. 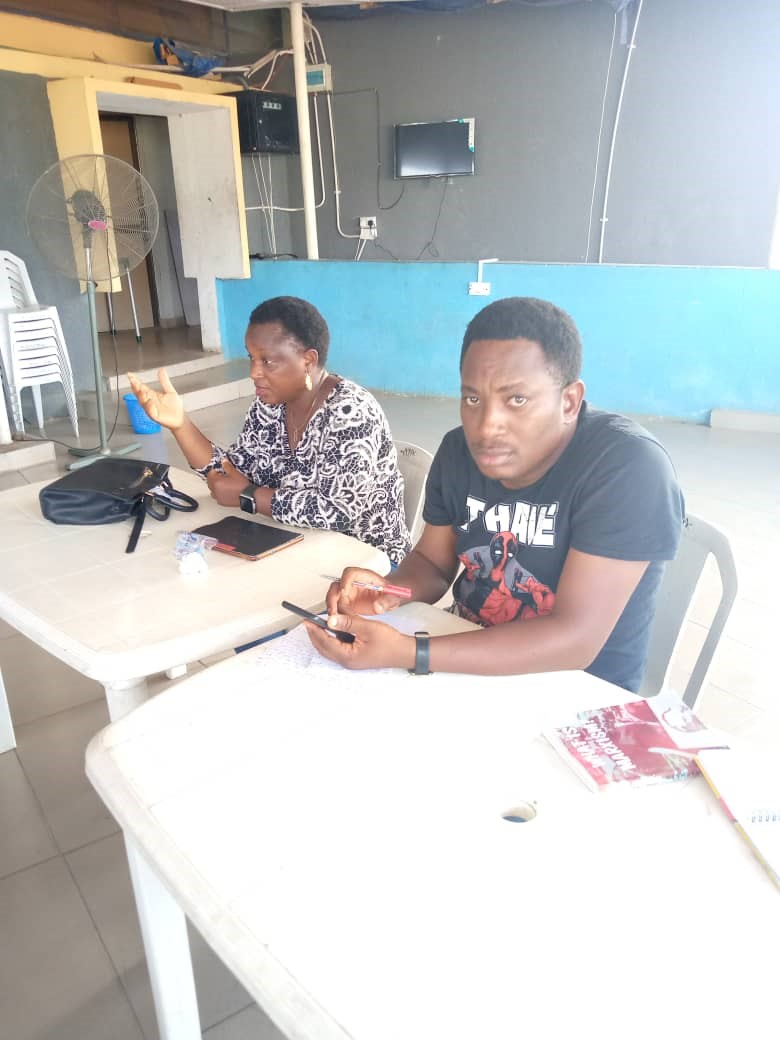 Comrades Revo and Phillip shared the duty of introducing the discussion on the Communist Manifesto, speaking on two chapters each / Image: Workers' Alternative

Comrade Phillip took the third chapter, highlighting the different types of socialists and what they stood for. He went on to explain what should be the position of the communists in relation to opposition parties. 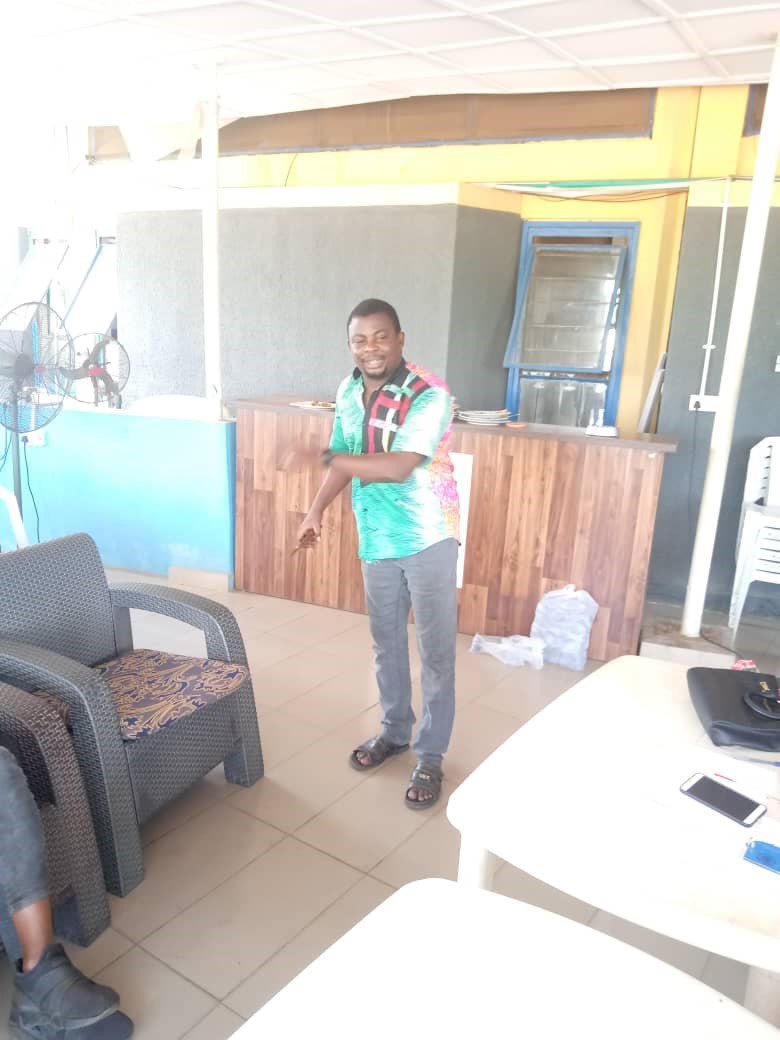 The second session began with a discussion entitled "Marxist Analysis of Current Global Mass Movement". The introduction was delivered by Comrade Kazy. He gave a brilliant account of the crisis of capitalism as it can be seen in countries like Bolivia, South Sudan, Venezuela, Nigeria etc. He also identified the various movements that have arisen in the absence of a viable alternative. He stated that the bone of contention is not whether the working people will revolt or not, but building the revolutionary organisation that will lead the movement when it finally breaks out. In the final analysis, the ultimate task was reduced to the task of building the organisation. The national school came to an end around 2:30pm on the Sunday. Comrades left with high hopes and very good spirits, with the promise to redouble their efforts towards building the organisation.

The school concluded with revolutionary and solidarity songs. Comrades left with renewed commitment to dedicate more time, energy and resources towards the revolutionary overthrow of this monstrous, bloodsucking system of capitalism.