Details
In Defence of Marxism
02 October 2020 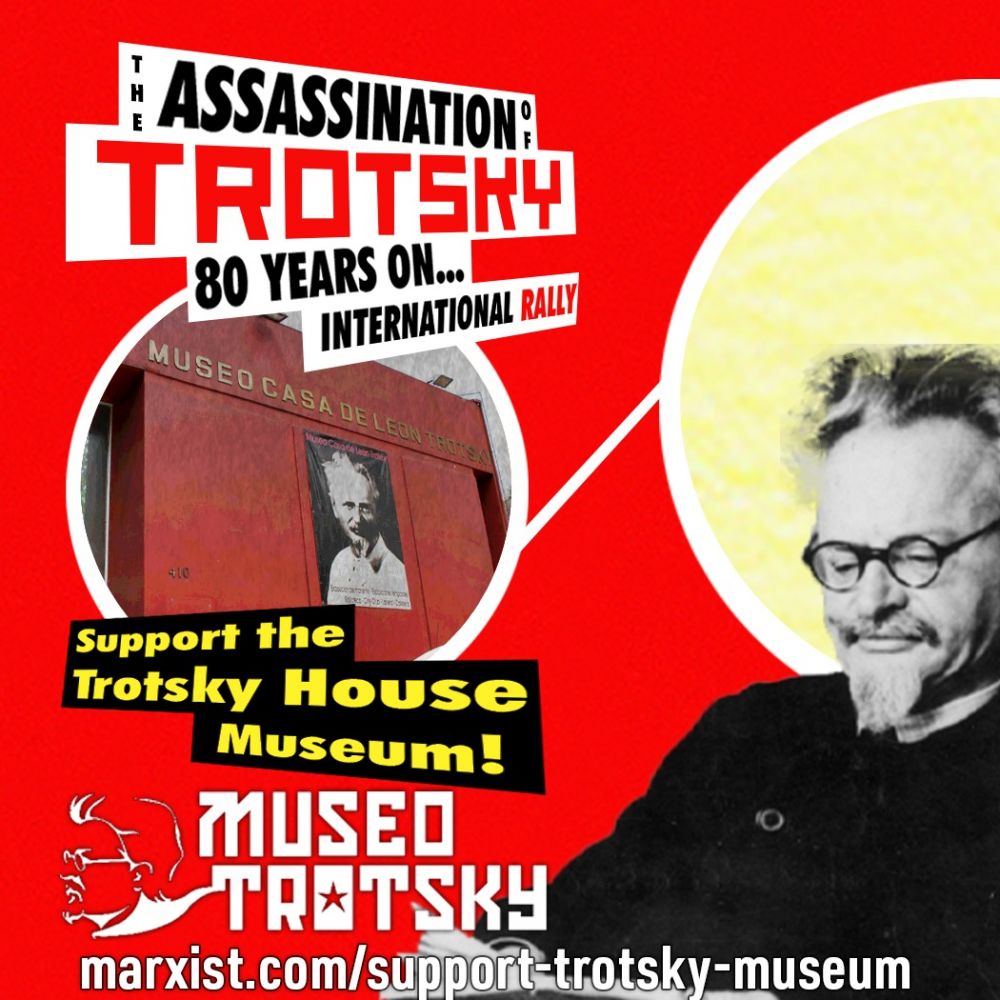 The appeal we launched to help the Leon Trotsky House Museum in Mexico has concluded with a great result. A total of £9,340.95 (€10,300) has been raised since the appeal began, during the commemoration of the 80th anniversary of Trotsky’s assassination by a Stalinist agent. More than 200 people from different countries contributed, from the US to Argentina, from Sweden to Pakistan.

The Trotsky House Museum is a unique institution dedicated to preserving the legacy of the Russian revolutionary in the place where he lived, with his wife Natalia and his grandson Esteban Volkov, in the last years of his life. The closing down of museums in Mexico as a result of measures to combat the spread of the COVID-19 pandemic has negatively affected the Museum and cut off several of its sources of funding.

All proceeds from this collection have been transferred to the museum, which will be a great help in keeping it afloat. In the name of Esteban Volkov and of the museum’s Legal and Executive Director Gabriela Pérez Noriega, we would like to thank all those who have contributed.