Share
Tweet
Communism is suddenly back in fashion in Japan. The reason is not hard to find. 'Lifetime employment' is a thing of the past for young workers, whoface a casualised and insecure future. They have already worked out that, as recession bites, they will be first in the firing line. They are drawing political conclusions in increasing numbers. 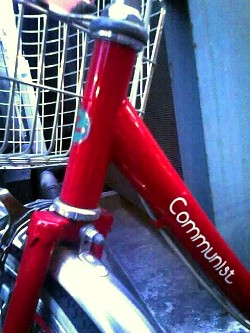 Communism is suddenly back in fashion in Japan. The reason is not hard to seek. ‘Lifetime employment’ is a thing of the past for young workers, who face a casualised and insecure future. One in three is temping. Some 44% of country's workforce are part-time only, while a profusion of short-term contracts has created a generation of freelancers who are often 'between jobs'. They have already worked out that, as recession bites, they will be first in the firing line. They are drawing political conclusions in increasing numbers.

New recruits are signing up to the JCP at the rate of 1,000 a month, swelling its ranks to more than 415,000. A further sign of disaffection among young Japanese - who in recent years have been more renowned for their political apathy than their revolutionary zeal - is the increasing frequency of rallies by workers on the streets of the capital. Earlier this month, crowds of up to 5,000 young Japanese workers marched through the streets of central Tokyo to express their growing discontent with the government over working conditions.

"The political climate in Japan is changing and more young Japanese are becoming politically aware because these issues have long been ignored by other parties."

Resurgent Japanese communism is deploying all the tools of the 21st century, with the internet and on-line video sites playing a vital role. The party's chairman, Kazuo Shii, triggered a rush of new recruits with a rousing parliamentary speech attacking the exploitation of young workers, which has become cult viewing among young Japanese on video websites.

Among those who have recently come under his sway is Miki Tomohiro, a 34-year-old freelance writer from Fukutsu City, Fukuoka Prefecture. "When I saw Mr Shii speaking, I felt as if he was exposing capitalism in its crudest form," he said. "I surfed the internet to find out more about the party before joining." Oomori Shuji, 30, a temporary worker for Toyota, from Aichi Prefecture, who joined the party in June, added: "Since my graduation, I have never been fully employed. At a JCP workshop, I learned about the realities of temps hired by the day and the working poor, who are without social security or bonuses, and are often easily fired. 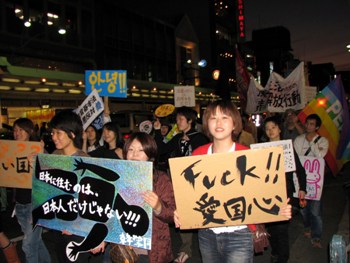 "The party is considerate of the plight of young people, including their jobs and living conditions. It has a concrete policy on these questions." Another sign of the growing allure of the Left is the sudden surge in popularity of a classic Japanese novel, Kanikosen - the Crab-Canning Ship - about embattled factory workers who rise up against their capitalist oppressors.

Nearly eight decades after it was written by Takiji Kobayashi, a communist who was tortured to death for his political beliefs aged 29, its sales have leapt from a slow annual trickle of 5,000 to 507,000 so far this year, unexpectedly catapulting it to the top of the nation's bestseller lists.

A "manga" comic book depicting the same Marxist tale is also winning over young Japanese, with 200,000 copies sold in a year. Kosuke Maruo, editor at East Press, which publishes the manga version, said: "The story succeeds in representing very vividly the situation of the so-called working poor today.

"They cannot become happy and they cannot find the solution to their poverty, however hard they work. Young people who are forced to work for very low wages today may have a feeling that they are in a similar position to the crew of Kanikosen." Kyudo Takahashi, 31, a freelance writer from Tokyo, attributed the popularity of the story to a growing sense of displacement among his generation.

"Kanikosen was a textbook in school but we didn't read it seriously then," he said. "Now, we're reading it again because we're frustrated with the government.

"In the book, people are exploited again and again. They are not treated like humans, more like cows at a hamburger factory. That is how many people feel today. When we find work, someone is always exploiting us. We cannot feel secure about the future."