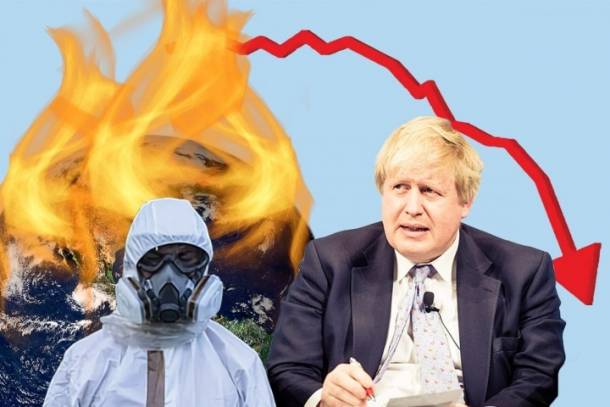 As society begins to reopen, the ruling class is hoping for a return to ‘normality’. But the future will look nothing like the past. A deep depression looms, threatening to throw us back to the 1930s. We must fight for revolution.

With the easing of the lockdown, we are in a period of apparent calm. But it is a calm before the storm.

In the hurly-burly of events, especially at this time, it is possible to get bewildered. Events are moving so fast that there is hardly enough time to catch one's breath. It is therefore important to occasionally take a step back in order to see the bigger picture.

The Bank of England has stated that the present crisis is deeper than anything we have witnessed for 300 years. The United States economy – the most powerful capitalist country in the world – fell by a phenomenal 52.8 percent in the second quarter of 2020, according to the Atlanta Federal Reserve. China’s economy shrank 6.8 percent in the first three months of 2020, the country’s first such contraction on record. The UK economy plunged by 20.4 percent in April alone, following a 5.8 percent fall in March, a previous record.

The capitalist system is in meltdown. Out of sheer desperation, trillions of dollars have been poured into the economy by governments and central banks to prop it up. The US Federal Reserve is expanding its balance sheet by $12 trillion, twice the level of 2008. Others have followed suit. The rise in the ratio of UK government debt to national income is the highest for 57 years – nearly 100 percent of GDP, and rising.

This is completely unprecedented, and nothing short of catastrophic. This represents a decisive turning-point in Britain and the world. The aged Henry Kissinger, a strategist of capital, warned of a “world on fire”. 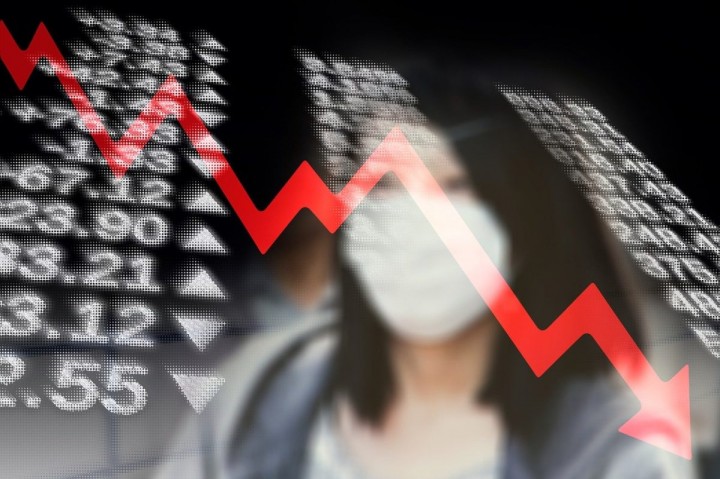 This is no ordinary crisis, but an endemic crisis, reflecting the utter exhaustion of the capitalist system / Image: Pixabay

The pandemic was not the cause but the trigger for this downswing. Nevertheless, the scale of the outbreak has certainly aggravated the crisis.

“The pandemic was just the trigger for a recession that was already approaching,” stated the Financial Times (3 June), in an unusually frank admission.

However, there are signs that a second wave will hit in the coming period. Cause has become effect, and effect has become cause.

Marx explained that as soon as a social system is not able to develop the productive forces – namely its economy – it enters into crisis and the era of social revolution opens up. This is precisely the period we have now entered.

This is no ordinary crisis, but an endemic crisis, reflecting the utter exhaustion of the capitalist system. What we have entered is a new world depression, worse than in the 1930s. This will last for years, with no end in sight. A trade war is also looking very likely, as countries try to export their way out of the crisis.

“Unless institutions such as the IMF and IADB [Inter-American Development Bank] sharply step up their lending, a new wave of debt defaults could make it the 1930s all over again,” states the Financial Times. But, in reality, whatever they do will be wrong.

“This is a deeply sobering outlook, with the crisis likely to leave long-lasting scars and pose major global challenges,” said Ceyla Pazarbasioglu, from the World Bank Group. 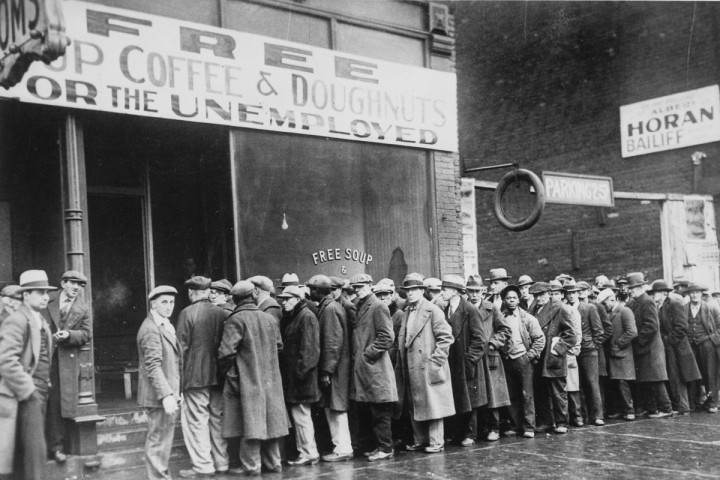 In the 1930s, the Great Depression, as it was known, was only ‘solved’ by the devastation of the Second World War / Image: public domain

In the 1930s, the Great Depression, as it was known, was only ‘solved’ by the devastation of the Second World War.

A new depression, deeper than anything we have known, cannot be brought to an end this time by world war. Such a war – in the present epoch of nuclear weapons – is ruled out, as it would obliterate the planet. That being the case, all the contradictions of capitalist crisis will be internalised. Therefore, not war, but class war is on the agenda.

With this death agony of capitalism, vicious austerity and falling living standards are on the order of the day. As the furlough is run down, the real situation will become increasingly exposed.

Consciousness is being transformed on the basis of these events, especially as people realise there will be no return to ‘normality’, as before. The mass movement in the USA is a case in point. Millions are going to be radicalised, and draw even revolutionary conclusions.

This crisis therefore poses vital questions before the labour and trade union movement. The ‘business as usual’ of the past is utterly out of date. We need to draw all the conclusions from this unprecedented situation.

The ruling class is preparing a massive offensive against the working class, with massive cuts, job losses and attacks on wages and conditions. This means all-out class war, posing a threat to all the gains of the past.

The choice is clear: either we bow down and accept the capitalist system; or we must fight to overthrow it. There is no middle road. A return to the ‘good old days’ is ruled out. The trade unions and workers’ organisations must either become “labour lieutenants of capital”, or they must transform themselves into revolutionary organisations.

We must tell workers the truth: on a capitalist basis, there will be nothing short of a catastrophe for working people. It is essential that the movement adopts a revolutionary perspective, or it will be ground down.

Faced with this onslaught, we must resist every attack. In the face of mass redundancies, we must fight for work-sharing with no loss of pay. In the face of closures, there should be factory occupations, with a view to them being nationalised under workers’ control. We must oppose all wage cuts, and fight for a real living wage. 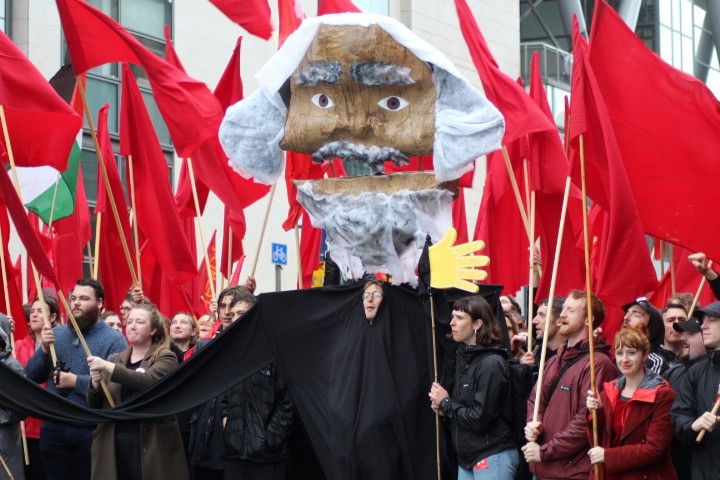 The ideas of Marxism have never been more relevant / Image: Socialist Appeal

The fight must also continue to clear out the careerists from the Labour Party and to fight for a bold socialist programme – not to patch up capitalism, but to overthrow it. This may seem unrealistic to many, but we live in unprecedented times. Things that appear unrealisable one day become realisable the next. Above all, we are in a period of sharp and sudden changes.

In 1992, Ted Grant, who helped found Socialist Appeal, explained that the collapse of the Soviet Union was a major historical event. But he stated that it would be nothing compared to the collapse of capitalism. This prediction is being realised in front of our very eyes.

The call to rearm the labour movement must go hand-in-hand with the building of the forces of Marxism in Britain and internationally. As a guide to action, the ideas of Marxism have never been more relevant.

The world is on fire. We need to seize the moment and fight to change society.