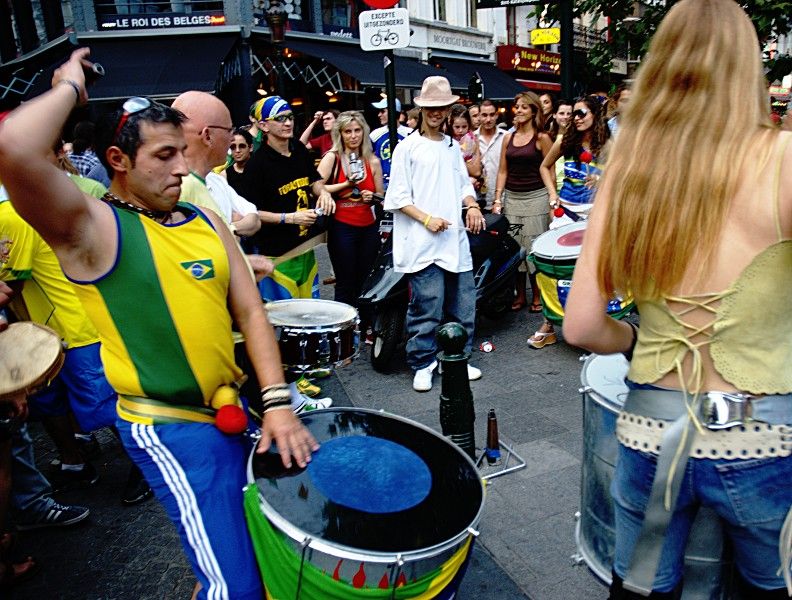 After months of build up, the World Cup is finally underway. As it approaches the end of the first week, in what is a month-long bloated competition, something has become rather clear. Hype is everything.

The build up itself seemed to involve endless adverts on television and in the papers featuring well dressed affluent youngish people, some with painted faces, watching games in which goals are scored every minute and everybody seems to be winning. Indeed you would have thought that the whole purpose of the World Cup was to get us all to buy loads of Flatscreen TVs, mobile phones and credit cards. Given the power that the official sponsors have in the higher echelons of FIFA, this would not be a million miles from the truth. Alas for them, it looks like the latest sales reports suggest that people have decided to be a bit more careful about spending money on these goodies than these companies were hoping for.

Still the main TV stations are determined that we should not miss a minute (unless you are watching on ITV who seemed to have developed a habit of showing adverts rather than goals!) and have set about giving us ... well the same rubbish coverage as usual. No controversy, experts saying nothing, bland interviews and, of course, all the usual pathetic national stereotypes and cliches we get at every World Cup - freeflowing Brazilians having a constant street party, fouling Argentinians/Italians (delete as applicable), niave Africans/Asians (again delete as applicable), hysterical French, efficient Germans and so on. It is as if the Empire was still with us! The impression we are to be given is that they could all learn a bit from us plucky Brits who, the commentators constantly remind us, invented the game, have the best (i.e most richest) league in the world, won the cup in '66 and so on (and and on and on...). Of course, any connection between this and reality is purely accidental. Needless to say, it all falls apart when the actual games have to be played and we discover that Our Boys, who earn more in a month than most people in a decade, are unable to beat players from the so-called lower ranks of world football and can't save shots that my cat could have stopped. But, hey, don't let's wind down the hype... there's still TVs to be shifted.

But it doesn't stop there. Being in Africa, we have to have something of the country presented to us. Cue, endless shots of well dressed affluent youngish people, some with painted faces,(hold it - this seems rather familiar) blowing those infernal vuvuzelas. Bung in a few safari shots from stock footage and everybody is happy. Or are they?

What about the empty seats in the stadia because ordinary black South Africans cannot begin to afford even the cheapest tickets? What about the street traders shifted away because they do not have official status and certainly could never afford the fees involved? A report in last weeks FT spells it out:

"On the freshly paved promenade, fishermen are protesting against an official decision to bar them from a pier where they have made their livelihoods for two decades. 'Do we not exist in this country any more?' asks Khalil Adam, a bearded 30 year old who says that selling fish provides his main source of income. 'All of a sudden we have been ejected off the pier. A council member told me we are too dirty to fish there.' " 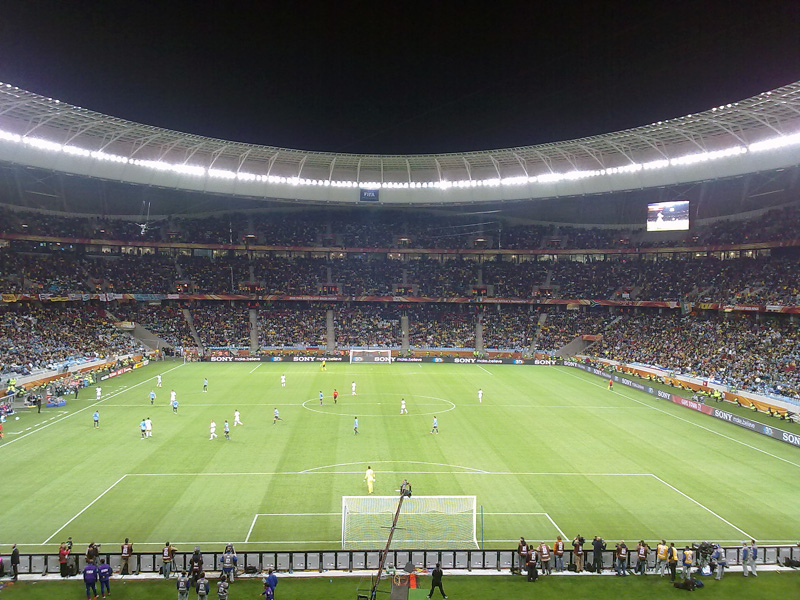 Photo by Mikkelz. The report continues by noting that 5,000 subsistence fishermen have been affected by the exclusion. But there is more: "Last week, Amnesty International reported that police were expelling homeless people from 'exclusion zones' around football stadiums." Farmers have had land taken off them with no compensation in sight, many now have grave concerns that little or no benifits will acrue to ordinary people. The money has been found to build huge modern Stadia for the Cup whilst millions are stuck in crumbling townships lacking all but the most basic amenities. It is Ok for those in the nice padded seats inside the VIP sections of the grounds, enjoying the prestige and pomp of a major sporting event, but what about the masses? Apartheid has been overthrown but for many South Africans the yoke of capitalism is still around their necks.The honour of staging a World Cup will not be changing anything here.

But none of this matters to the sponsors with their TVs and mobile phones, the officials in their blazers looking for the next perk, and the myriad television stations beaming back the latest interviews with Rooney and Stevie G. Don't ask how much the workers who make the playing kit and the all-too-round footballs are actually being paid? (Answer: a fraction of what it costs to buy this stuff in shops). Don't ask what will happen to these grounds after the tournement is over in July (Answer: you can't eat them!). As with the London games in two years time, this is all about making money and generating prestige for men in suits whatever the costs. And we all know who will be bearing the cost of all this (answer: look in the mirror).

Football generates billions for those at the top but it is the ordinary fan who has to pay up for this, directly or indirectly. In ancient times, those at the top in the Roman Empire organised games with gladiators to keep peoples minds off the way things were falling apart. It didn't work. Sporting events like the World Cup play a similiar role today in the context of the decline and fall of capitalism.Don't be fooled. Enjoy the football this summer but remember who is benefiting and who is paying and get organised to do something about it.