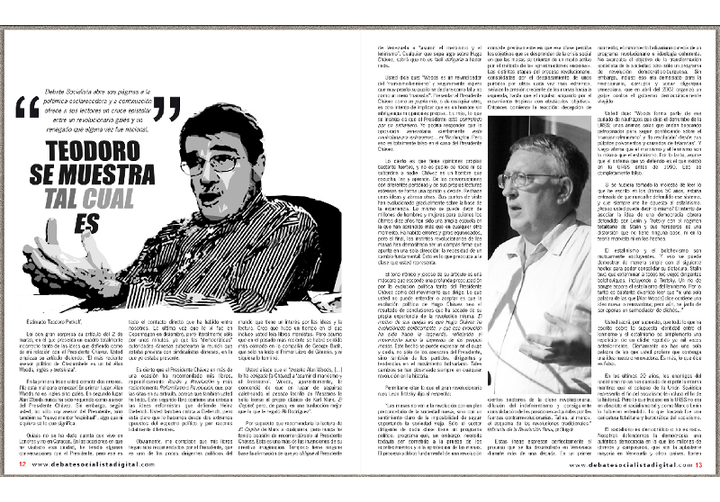 On Sunday March 21, the Venezuelan weekly magazine Debate Socialista (Socialist Debate) published the full reply of Alan Woods to the lies and slanders of opposition leader Teodoro Petkoff. The magazine can be read online and Alan Woods' article can be found on page 12.

The editors of the magazine published the polemic with this introduction: "Debate Socialista opens its pages to clarifying polemics. Here we offer our readers an exchange between the Welsh revolutionary and a renegade who was once national [i.e. Venezuelan]". Debate Socialista is published as part of the Friday edition of Panorama, as well as in the Sunday edition of Diario VEA, with a total circulation of 100,000 copies.

Alan's reply to Petkoff has caused a big impact in Venezuela, and has been republished in numerous websites and publications, including the national radio station RNV, the Caracas daily CiudadCCS amongst others.