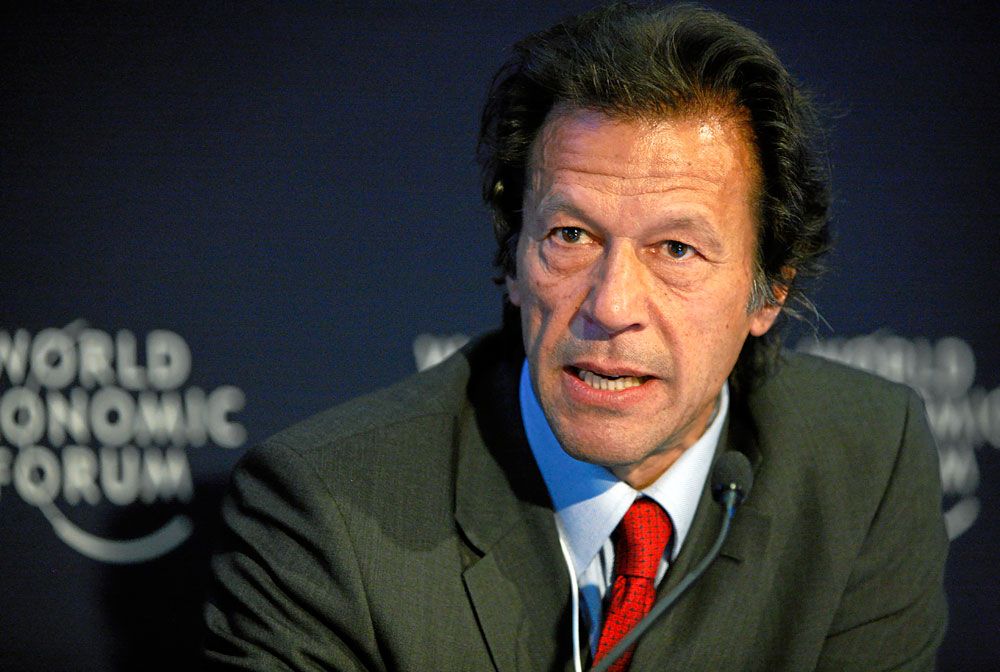 Imran Khan’s Tsunami that was supposed to sweep across the political landscape of Pakistan failed to materialise. As the election results started to pour in, the heightened hopes of the supporters of the PTI were dashed. In a period where ideological politics was forced into oblivion by the forces of finance capital and the betrayal of the opportunist leaders of the PPP at the helm there was a yawning vacuum for the rise of a new political formation that could challenge the status quo.

Imran Khan sounded all the notes of a change and tried to put forward an alternative to the incumbent politics. His huge rallies in Lahore and Karachi in the last 18 months attracted the attention mainly of the youth across the country. The corporate media jumped on the bandwagon with its wide coverage of the PTI’s activities and Imran was on air almost on a daily basis attacking corruption and promising justice to the masses.

But as the elections came closer and the stark realities of this electoral system based on the politics of wealth in a stagnant society came to haunt the PTI, Imran began the discourse of cajoling the traditional politicians of the ruling elite infamously known as the ‘electables’. Although there was resentment and vociferous opposition from the unknown old guard, Khan had no problems with these turncoats as his basic ideological concepts were not in contradiction with the capitalist/feudal system that these elite politicians represented. Khan has consistently been expounding that the PTI is the only party that is based on ideology. Rhetoric apart, the real ideology of the PTI is right-wing reformism which is neither new nor a successful recipe to overcome the burgeoning crisis that is crushing society. Imran Khan is a right-wing populist trying to create an odd hybrid of the liberal and obscurantist versions of social and political currents both based on capitalist economy.

In spite of the fact that Imran Khan’s campaign had all the glamour, slogans of change and lots of euphoria, the fundamental doctrine was the sustainment and preserving of capitalism by reforming rather than transforming this rotten system. The mantra of corruption was a utopia. Khan failed to comprehend; corruption is not the cause of the crisis of the system but is the product and a dire necessity of this crippling crisis ridden economy. The PTI advocated the slogan of providing justice to the masses but refused to proclaim free justice to all. Since the lawyers’ movement the cost of justice has soared exponentially, far in excess than that of electricity, petrol, gas, and other basic necessities of the people. How could the masses be guaranteed justice when the vast majority does not have the means to meet most basic costs for initiating the procedures to acquire this justice?

On the crucial issues of health and education the PTI had a similar position. But even more importantly, the PTI refused to declare its class affiliations in a society where the most vital and decisive contradiction is the class contradiction. What Imran Khan calls the Pakistani nation, has in fact two nations, the exploiters and the exploited. The basic interests of the ruling and the toiling classes are irreconcilable and the class struggle will continue with its ebbs and flows as long as the system based on exploitation of class by another exists.

Khan tried to mirror himself as a reincarnation of Zulfiqar Ali Bhutto of the sixties and the seventies. He expected his tsunami to sweep the elections of 2013 as the PPP had accomplished a landslide in the 1970 elections in West Pakistan. But what he failed to understand was that the elections of 1970 took place in the background of a revolutionary wave that had shook the state to the core and was on the verge the transforming the fabric of society. It was this fear which forced the bourgeois and its state to make space for one of the most radical reforms in the history of the country, whereas the elections of 2013 were held after the masses had endured five years of excruciating misery with record price hikes, redundancies, unemployment, terrorism and deprivation under a façade of a democratic regime.

Instead of mass consciousness in a condition of a revolt and upsurge, there was a certain despair and disillusionment in the mass consciousness due to the social and the economic wounds inflicted by the regime of capitalist democracy. Imran Khan’s programme did not even have any real reforms, let alone putting an end to the class exploitation and the suffering of the masses under this system. Bhutto on the other hand had his fingers on the pulse of the working masses and came out as the representative of the working classes, and not the middle class that is extremely erratic and impatient. The PPP’s founding documents of 1967 and the 1970 election manifesto called for a change through class struggle and revolutionary socialism. Most of the victors on the PPP tickets were unknown and in the eyes of the elite were ‘unelectables’. But the traditional elite politicians were swept away.

Even before the recent elections, several splits and conflicts had emerged within the PTI mainly on the issue of ‘electables’ and others have left in the aftermath. Although the PTI received the second highest votes in the 2013 elections, it cannot sustain its support base with the present economic and social agenda. The charisma of individuals plays a certain role in the fortunes of the parties, especially in underdeveloped societies but it cannot be relied upon to uphold the party in a continuum. All parties will face ferment and fragmentation. It will be more so in the PTI due to its petit bourgeois class basis and the ideological confusion that emanates from its programme of reforming the capitalist system and the state. The middle class youth jumped onto Imran Khan’s bandwagon in a relative ideological vacuum and inertia in the class struggle. The working masses have already rejected it, but the youth and the middle class will abandon it as the party’s programme gives no real strategy and direction in the stormy events that impend.

But ultimately what will decide a positive outcome of the catastrophic situation in Pakistan will be the rise of the oppressed and the working classes to challenge this system of coercion and poverty. They will opt for a real change. The PTI has nothing to offer the masses as an alternative to capitalist drudgery. This means that the new wave of upsurge will leave the PTI behind in the quest for a revolutionary alternative that could lead to their emancipation. In such a scenario the disintegration of the PTI will accelerate. With a right-wing majority government bent on attacking workers in a desperate attempt to inject some life into this rapidly decomposing capitalist system will be a major provocation for a mass revolt. The PPP leadership that has usurped the mass traditional party was battered in the recent elections, leading to even greater disintegration, splits and fragmentation in the coming period. But this does not mean that the PPP has finished as a tradition of the masses. Marxist and working class cadres have a huge responsibility on their shoulders. They will have to ensure that this tradition rises again from the phoenix providing a real leadership and programme to the masses in an inevitable revolutionary upheaval providing the masses with an alternative political force that can lead to their emancipation by changing the system once and for all.