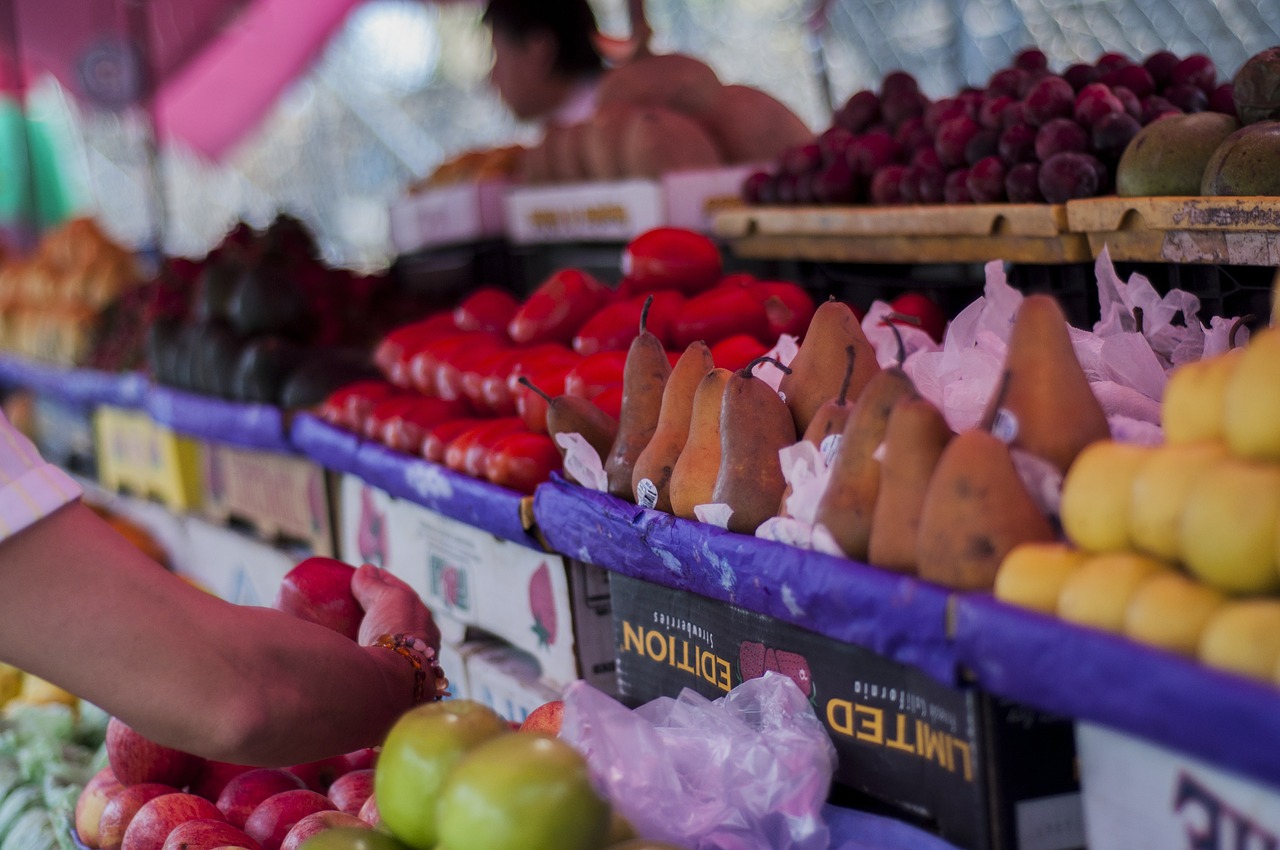 In the previous few months, we have attempted to show how capitalist ‘solutions’ to climate change, such as market-based methods like carbon trading, are not able to combat the environmental problems facing humanity and our planet. Similarly, international treaties that attempt to operate within the confines of capitalism are also doomed to failure, as was seen in Copenhagen last year. Capitalism cannot solve these problems – capitalism is the problem.

Many people around the world, having been disappointed by inactive, pro-business governments once too often, have turned inwards, and are now looking towards individual or local solutions to what is clearly a global problem. This type of environmentalism seeks to lay the blame for climate change with our individual lifestyles and is more than happily regurgitated and reinforced by the ruling class and the mainstream media. For example, Al Gore concludes his documentary film ‘An Inconvenient Truth’ by saying:

This ideological campaign to pin the blame for environmental problems onto ordinary working people neglects the fact that the majority of ecological damage is not due to our individual contributions, but by systemic causes that we currently have no control over. The mantra of “every little helps” is a myth. David MacKay, chief scientific advisor to the Department of Energy and Climate Change (DECC) comments in his book ‘Sustainable Energy – Without the Hot Air’ that, “If everyone does a little, we’ll achieve only a little."

Meanwhile, at the end of “An Inconvenient Truth”, Al Gore gives a list of “choices” that we could all make to reduce our carbon emissions, but estimates show that even if every person in America carried out these suggestions, CO2 emissions from the US would fall by only 22%, compared to the 75-80% that most people agree is needed.

Of course we should all cut back on any unnecessary waste or energy usage where possible; for example, recycling should be encouraged and a consciousness of environmental issues should be promoted. However, we must have a sense of proportion. Figures by DECC show that less than 10% of waste sent to landfill comes from households; the rest is due to large-scale industries and processes such as construction, mining, and agriculture source by country. The statistics are similar for water usage, whilst less than 3% of global CO2 emissions are due to flights (of which much is freight travel). In terms of energy consumption, in the UK this is split roughly equally between industry, transport, and households. Our individual efforts cannot curb the energy consumption of industry; meanwhile, without an expansion of the public transport systems or a mass programme to insulate homes, how can ordinary people be expected to stop driving or reduce their heating costs?

Some claim that people have lifestyles that are too extravagant, and blame the concept of ‘consumerism’. For most people though, the idea of ‘consumerism’ is just a pipe-dream; low-paid workers, pensioners, debt-ridden students, and unemployed people spend most of their money just meeting the bare necessities, such as rent, heating, water, electricity, and food. For example, it is estimated that some 4.6 million households in the UK are in ‘fuel poverty’ (see Fuel Poverty: Leaving the Poor to Freeze ). ‘Consumerism’, defined as the excessive purchase of useless or unneeded commodities, is mainly the habit of a wealthy minority and should not be blamed on the average low-waged worker.

It must also be remembered that every producer is also a consumer. A large proportion of consumption is not by individuals on commodities, but by businesses and industry on capital goods. What we purchase as the final product is actually the result of several stages of production, each of which consumes vast amounts resources and energy, and each of which we have no control over.

Blaming ‘consumerism’ is a red herring. We live within a system that relies on the constant consumption of commodities. Capitalism produces for profit, so if goods cannot be sold, business and industries close down and millions of workers lose their jobs. The economic boom that preceded the current crisis of capitalism was fueled by big business, banks, and governments encouraging people to buy things they often didn’t really need with money they didn’t have. This expansion of consumption was necessary for capitalism to keep going, and was made possible by a massive expansion of credit through loans, credit cards, and ‘sub-prime’ mortgages, leaving households with a debt that was clearly unsustainable. Eventually the system hit the credit crunch and the easy loans dried up. As the recent recession has shown, under capitalism if we stop buying goods because we can no longer afford them capitalism goes into crisis, and it’s the working class who are left to pay the bill.

People are not inherently ‘consumers’. As was demonstrated in our series of articles on ‘Monopoly Capitalism’, the supposedly ‘efficient’ system of capitalism wastes huge amounts of money and resources on advertising and marketing in order to pressure us into buying more and more, whilst obsolescence is built into many goods these days, forcing people to constantly upgrade to the most recent model or purchase the latest fashion. As Marx stated in his “Introduction to a Critique of Political Economy”:

“Production produces consumption: first by providing the material of consumption; second by determining the mode of consumption; and finally by creating in the consumer a need for the objects which it first presents as products”.

This ‘anti-consumer’ environmental rhetoric often manifests itself as ‘anti-industrialism’, laying the blame on economic development and growth. What these ‘zero growth’ or ‘sustainable growth’ ideologies fail to see is that environmental damage is not caused by industrialisation or growth, but by the way in which production is organised and controlled. Mankind was harming the environment long before capitalist industrialisation – one only has to look at the list of collapsed civilisations over the last few millennia, such as the inhabitants of Easter Island, to see that this is true – but only a system that democratically plans production, rationally allocating energy and resources, can reduce pollution and waste.

Much of this ideology, at heart, is a new form of Malthusianism, putting the blame on population levels. Thomas Malthus was a 19th Century economist who suggested that famine, disease, and widespread mortality were all the result of population growth. In relation to food, Malthus was proven incorrect, both empirically as large, populous nations managed to improve agricultural techniques in order to sustain and improve nutritional levels, but also rhetorically by Marx and Engels, who wrote:

“The limits of production are determined not by the number of hungry bellies, but by the number of purses able to buy and to pay...the labour which cannot be utilised for profit and therefore cannot buy is left to the death-rate.”

This argument is no less valid today – we live in a time where the productive capability exists to feed the world’s population and more, yet billions of people are starving. The contradiction of overproduction existing side-by-side with mass hunger is no more emphatically shown than by the warped trade laws and subsidies, such as the EU Common Agricultural Policy (CAP), which result in “butter mountains” and “wine lakes”.

Malthus and his modern-day followers also forget that large populations have a material basis: in developing countries, rural families rely on having many children, who effectively act as a pension scheme in the absence of the welfare-state, helping to support their parents when they get old. Meanwhile, high infant mortality and the need to have extra hands to help with farming also put pressure on couples in developing countries to have large families. This has been shown in practice, as fertility rates (defined as “the average number of children that would be born to a woman over her lifetime”) have been dropping across the world as countries develop and urbanise.

In whatever form it takes – individual solutions, anti-consumerism, anti-industrialism, zero growth, neo-Malthusianism – these ideologies ultimately are a part of the ruling class’ overall attempt to shift the blame and cost of addressing climate change away from itself and its environmentally destructive economic system, known as capitalism. Individual actions can play a part in helping to bring about change, but they must not be used to distract us from the important and essential task of bringing about a complete political and economic transformation of society.

It should be remembered that capitalism was at one time a progressive system, which developed science and production and created the potential for super-abundance. This was noted by Marx. However, Marx also showed that at a certain point, capitalism turned into its opposite and became a fetter on society. The technology developed by capitalism, which is socially necessary but privately owned, is currently being used to destroy nature. However, under a different system, this technology could be used to harness nature: genetically modified food has the potential to feed even more people while under capitalism it extends control over the food chain to sinister monopolies such as Monsanto. Similarly renewable sources could provide us with energy for as long as the sun is still burning.

This alternative system would be based not on profit, but on the needs of people and the planet. This alternative is socialism, and next month we will outline an environmental transitional programme of demands that can take us from our current condition towards a real, socialist solution to the global problem of climate change.