Ireland
Share
Tweet
Reports that Waterford Crystal and the Wedgwood China Company were to go into administration will add yet more gloom to the outlook for the Irish economy. [Since this article was written the factory has been occupied]

Reports that Waterford Crystal and the Wedgwood China Company were to go into administration will add yet more gloom to the outlook for the Irish economy. Waterford Crystal is an internationally known company and helps bring some 300,000 visitors to the town each year. In the current climate people won’t be racing out to the shops to buy smart glass or china, but it’s going to have a big effect on the economy and it shows the depth of the mess that we are in. 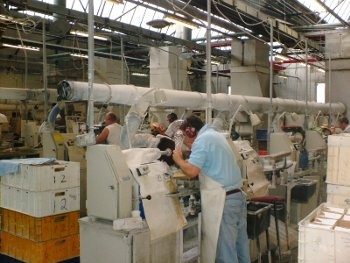 The economic crisis is a recipe for pay restraint and attacks on workers’ living standards. Photo by Brian Walsh on Flickr.

As reported before Christmas there is trouble afoot in the building industry and Seán Dunne, one of the biggest property developers in the country, is in trouble. He was reported as saying in the New York Times that "the Celtic Tiger may be dead and if the banking crisis continues I could be considered insolvent". This comes on the back of his plans to build huge development in Ballsbridge, one of the grandest parts of Dublin. Unfortunately for him the crash has meant that the value of his assets is plummeting, while credit is more difficult to find.

As the Irish Times points out today: “The New York Times quotes Economic and Social Research Institute economist John Fitzgerald who says the Government followed an "extremely dangerous" housing policy, and argues that the subsequent collapse of the property bubble was entirely predictable”.

“A year ago Ireland could finance its State borrowing on global capital markets by selling government debt at very close to the German rate for 10-year bonds. A year of great volatility in financial markets has changed all that. And today Ireland must pay investors more than that German benchmark rate. The differential, or yield spread, between Irish and German bonds has widened significantly in the past 12 months – by some one and a half percentage points.” 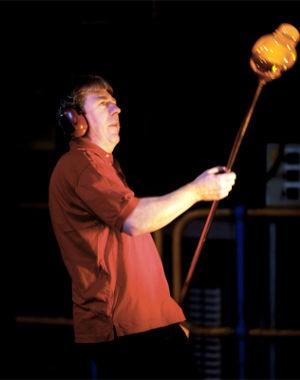 Reports that Waterford Crystal and the Wedgwood China Company were to go into administration will add yet more gloom to the outlook for the Irish economy. Photo by féileacán on Flickr.

Basically this means that, far from being in a strong position, Ireland has to compete on the same terms as a load of other countries, all desperate to be paying the national debt. Things are likely to get worse too. Since 2007 the Irish national debt has grown by 50% to € 51 billion and could rise further. This from a position where Irish debt was very low and the country was considered a safe bet. That has all changed:

“For Ireland, the benefits of eurozone membership – most notably, exchange rate stability and low interest rates – have greatly outweighed the costs. One hazard of membership has been that Britain, Ireland’s largest trading partner, has remained outside the euro. When sterling was strong that hardly mattered. In the past year sterling has slumped in value, dropping by more than one quarter against the euro, and Irish exporters face a huge challenge. But with devaluation no longer an option, recovering lost competitiveness offers the only solution. However, with unit labour costs rising far faster in Ireland than elsewhere that is going to mean a necessary, but very painful, adjustment.” (Irish Times 5/1/09)

The last sentence is the important one for the Irish working class. It is a recipe for pay restraint and attacks on workers’ living standards. The problem for the Fianna Fáil government and the Irish (and British and American) bosses is that the working class has grown stronger during the years of expansion and growth. You can peel an onion layer by layer, but you can’t skin a tiger claw by claw.

At the moment the trade unions are trying to sweeten the pill, whether it’s looking at options with the Waterford managers or negotiating better redundancy pay offs. But the occupation of the Swissco factory at Little Island in Cork in December is a sign that workers aren’t necessarily going to just roll over and play dead. Sure, the occupation was called off after 12 hours, but it’s a sign maybe of much more to come.