United States
Share
Tweet
It was not the immediate crisis on Wall Street that has “caused” the public outrage against the Big Business bail out. This was only the “straw that broke the camel’s back.” This has simply brought to the surface deep-seated discontent that had been brewing for years.

In just a few weeks, for the first time since the Workers International League was formed, the US will have a new President. This marks a definite change in the situation, no matter who wins. Eight years of Bush and the neocons, of Enron, war, terrorism, scandal, restriction of democratic rights, Katrina, wiretapping, economic crisis, cuts in education and social programs, home foreclosures, and mass layoffs have had a profound effect on the consciousness of the American working class. And now, with just weeks to go before the elections, the most dramatic economic crisis since the Great Depression is rocking the country. 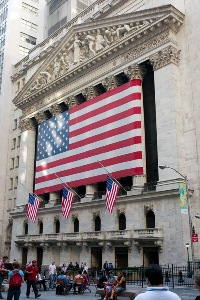 Official unemployment, kept artificially low by changes in the way data is reported, is now 6.1 percent, the highest it has been since just after September 11, 2001. When you count the long-term unemployed and the under-employed, the real figure is far higher. The economy shed 159,000 jobs in September, the biggest loss since March 2003. The economy has now lost 760,000 jobs since January. When you consider that the economy must generate 150,000 new jobs per month just to keep up with the growing workforce, the picture is grim indeed.

The Institute for Supply Management’s index of national factory activity fell to 43.5 in September from 49.9 in August. Anything below 50 indicates contraction. This was the worst level since October 2001, during the last recession, which was short-lived. Increased exports due to a weak dollar have kept the manufacturing sector somewhat sheltered from the crisis so far, but now that has come to an end. This can only mean even more factory closures and layoffs.

US housing prices fell by a record 16.3 per cent in July. Things will eventually stabilize, but in the meantime, ordinary working families lose their homes and entire neighborhoods and even cities are decimated while Wall Street is rewarded with billions in handouts for their role in creating the biggest bubble in history.

Every single major Wall Street bank and investment company has now collapsed, been sold off at firesale prices, or been taken over by the government. Just a year ago, a statement like this would have seemed absolutely ludicrous. And yet it is a fact. The bailouts mean socialization of debt and risk while private profit, the cause of the mess in the first place, remains untouched. The stock market is swinging violently from one extreme to another, with the largest point drop in history one day, followed by one of the biggest point gains ever the next. $1.2 trillion simply disappeared in a single day. Gone are millions of Americans’ retirement and college funds. The American Dream has gone up in a puff of fictitious financial smoke. And still, billions in public funds are to be handed over to these corporate criminals so they can continue their bonanza of speculation and corruption.

No wonder Americans are thirsty for change! Both McCain and Obama lay the blame at Bush and co’s feet. But the problems is, it isn’t this or that person’s fault. The real problem is the anarchic, unplanned nature of the capitalist system itself. The entire world is at risk.

The idea that the world economy could somehow “decouple” from the US crisis like a train car, and therefore not be affected, is nonsense. Europe is not immune. The emerging powerhouse of China will also suffer profound economic and social consequences. Perhaps most affected will be the rest of the Western hemisphere.

There is an old saying that says that when the US economy gets a cold, Latin America gets pneumonia. What happens when the US gets pneumonia? The effects will be devastating and revolutionary. The immigration “crisis” in the US, far from being alleviated, will be exacerbated. With nowhere left to run, the struggle of immigrant workers for their rights, decent wages, conditions and dignity will again explode in the coming period. Given the overall economic, social and political situation, they won’t be the only workers hitting the streets by the millions.

The stage is therefore set for an explosion of the class struggle in the US in the coming period. The militarized repression at the Republican National Convention and the stationing, for the first time, of an entire active duty Army combat brigade within US borders is an indication not of strength, but of the ruling class’s fears of severe social unrest. 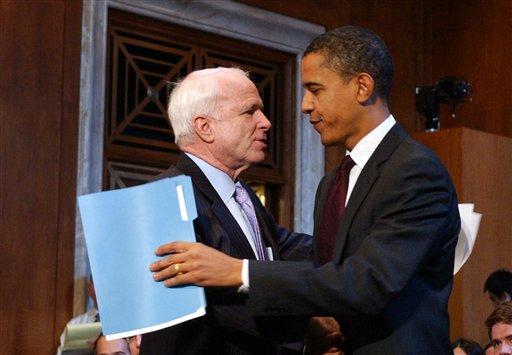 This brings us back to Obama and the sincere illusions millions of people have in him. As we go to press, he has established a modest lead over McCain. The incumbent party will have a tough time in November, given the healthy backlash against Bush and his policies. But would an Obama presidency mean any fundamental change? As we have explained many times before, people see in Obama what they want to see. He has very carefully and skillfully used lofty language to appeal to Americans’ deep-seated desire for change, while committing himself to very little when it comes to social programs, jobs, etc. On the other hand, he has been very specific in making it clear to the ruling class that with this or that cosmetic change, it will be “business as usual” under his administration. Look no further than his foreign policy, which while couched in more diplomatic language, remains the same imperialism of Bush and McCain.

And as for all those social programs he has hinted at? In an interview with NBC, speaking on the colossal costs of the Wall Street bailout, he had this to say: “Does that mean I can do everything that I’ve called for in this campaign right away? Probably not. I think we’re going to have to phase it in.”

In other words, “don’t hold your breath.” But in a political system dominated by two right wing parties of the ruling class, what can we do? The WIL has endorsed Cynthia McKinney and Rosa Clemente’s “Power to the People” campaign. This does not mean we support or agree with every single thing they say. But we see their campaign as an important step in the right direction. A vote for them is a vote against the war, racism and unemployment, and for jobs, health care, housing, and education. Ultimately, working people need our own party, a mass party of labor based on the unions. This is what we fight for. 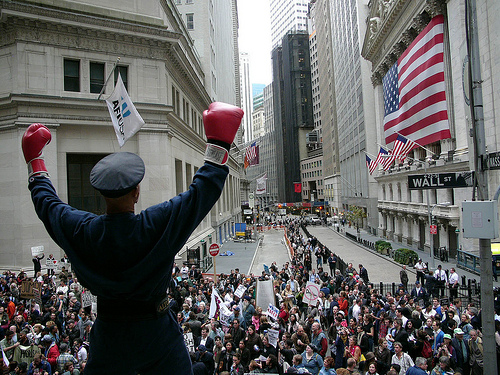 It was not the immediate crisis on Wall Street that has “caused” the public outrage against the Big Business bail out. This was only the “straw that broke the camel’s back.” The frustrations have accumulated for years. For over seven years, we have followed this process of changing consciousness in the pages of Socialist Appeal. At every stage, we have explained the true and often contradictory meaning of events. At root, these symptoms reflect the organic crisis of the capitalist system. And yet it is only the beginning.

We have only just entered the most unstable and convulsive period in world history. In the coming decades, the consciousness of millions will make even more dramatic leaps forward. We must have a sense of urgency in preparing the forces of revolutionary Marxism. Now is not the time to stand on the sidelines. Join us in the struggle for a better world!