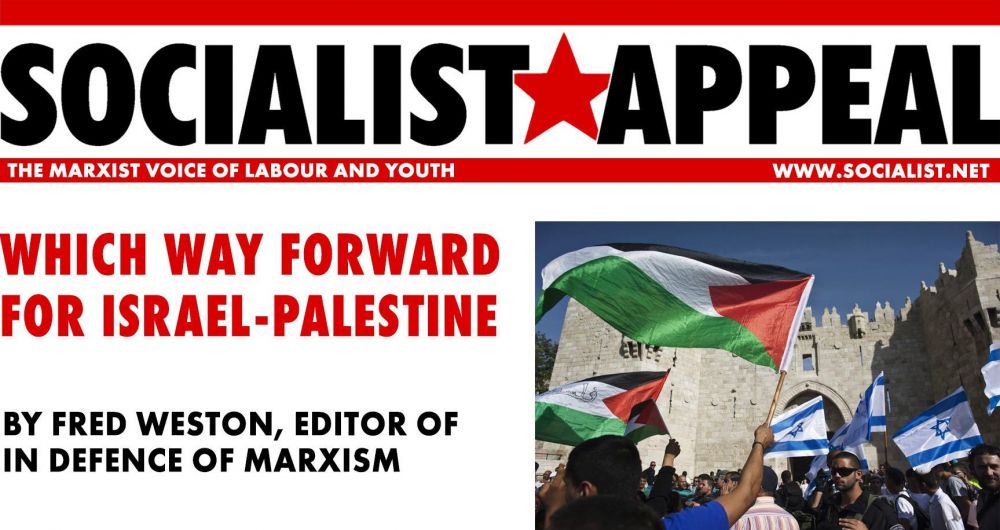 In this talk from Revolution Festival 2019 in London, Fred Weston (editor of marxist.com) discusses the crisis in Israel-Palestine, which is back on the agenda thanks to Trump's proposed 'peace plan'.

For decades, the conflict in Israel-Palestine has been one of imperialism’s most blatant and persistent acts of oppression. The world watches on as Palestine shrinks and shrinks; settlement after settlement gets built; and bomb after bomb falls on innocent men, women, and children. But, as Marx said, a nation that oppresses another is not free itself.

The oppression of the Palestinian people has dragged on for so long, that many ask: is it even possible for a solution to be found? Negotiations, ceasefires, and accords: nothing seems to work. Further talks clearly won’t achieve anything.

Under capitalism, there is no way out. A one-state 'solution' would be an apartheid state, with Arabs as second-class citizens. Trump's so-called 'peace plan', meanwhile, has demonstrated that a two-state solution is a utopia.

Fred Weston explains how Marxists have a radically different proposal to solve the question, a solution which is not based on nationalism, but on class politics: the revolutionary mobilisation of the masses of the Middle East against capitalism and imperialism.