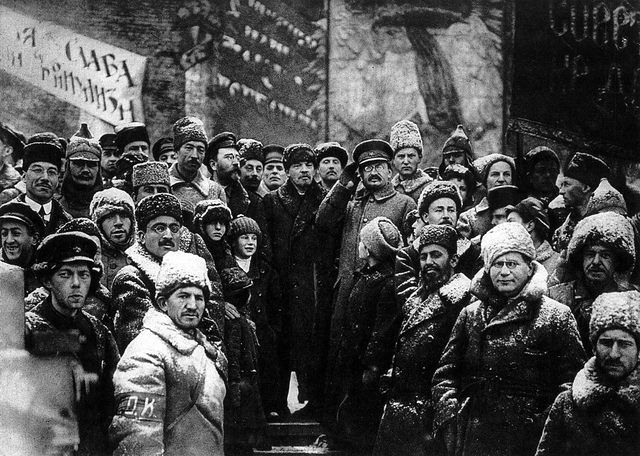 In this talk from a recent Socialist Appeal day school, Alan Woods (editor of In Defence of Marxism) explores Trotsky's theory of the permanent revolution and how it has been vindicated throughout history - both in the positive sense, by the Russian Revolution, and in the negative, by the Chinese Revolution of 1925-27.

In April 1917, Lenin returned to Russia and politically re-armed the Bolshevik Party with the slogan "all power to the soviets".

In doing so, Lenin was affirming Leon Trotsky's theory of the permanent revolution: the analysis that the capitalist class in the colonial countries, arriving late onto the scene of history in an epoch of imperialism, had long ceased to play any progressive role and could not carry out the tasks of the bourgeois democratic revolution and national liberation.

The conclusion: that socialists and revolutionaries in Russia could not give any support to the liberal Provisional Government, but must call for the working class to take power through its own democratic organs, the soviets.