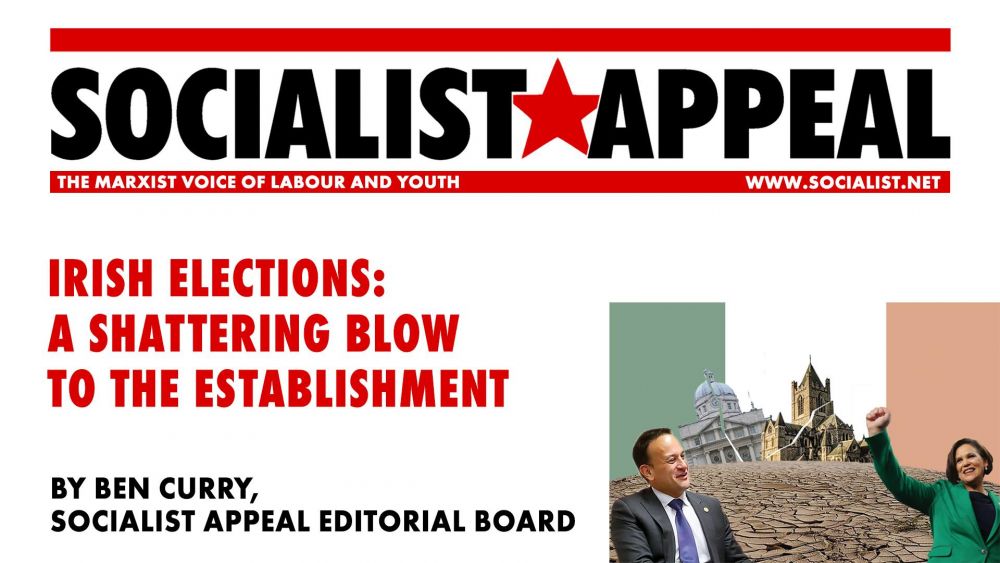 In the past, liberal commentators superficially asserted that Ireland had escaped the political turbulence that has rocked the rest of Europe. But no longer. With the results of the 2020 general election, Ireland had caught up with a bang, Ben Curry (writer for Socialist Appeal) explains.

With Sinn Fein coming out on top, the election results are a political earthquake that has shaken the Irish ruling class. Sinn Fein's victory was achieved on the basis of a programme of left-wing, class-based demands, which found an echo amongst workers and youth, who are tired of sky-high rents and crumbling public services.

At the same time, Sinn Fein's rise now puts the question of a border boll and Irish reunification firmly back on the agenda. A new period of instability and intense class struggle now lies ahead in Ireland - one in which the masses will rediscover the revolutionary traditions of James Connolly and socialist Republicanism.