Details
the Marxist Tendency of the PSUV
24 February 2015 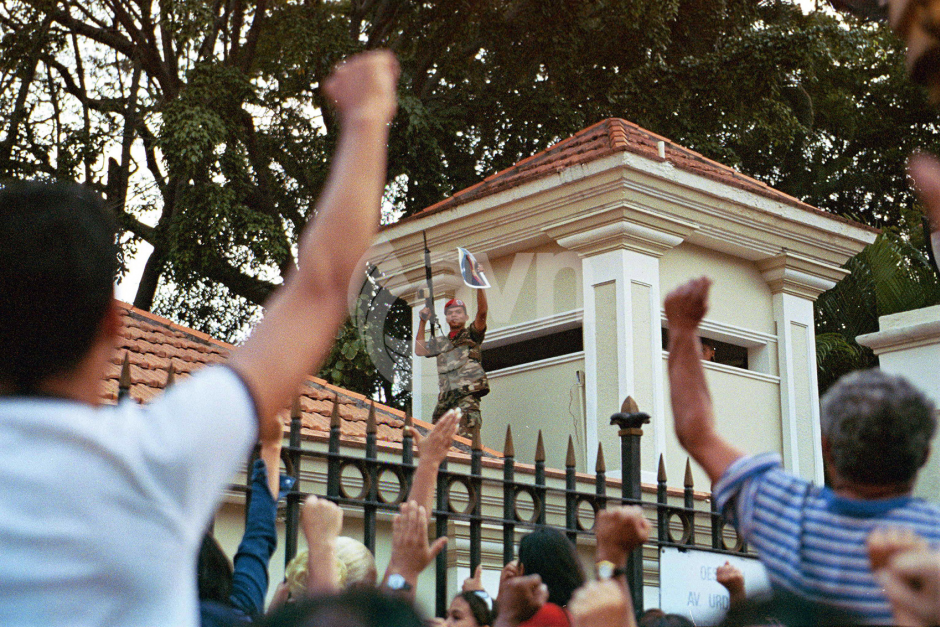 The historical experience of Chile, Nicaragua and Cuba demonstrates that as long you do not remove the class enemy from power within the country, they will not stop until they have crushed the revolution. This is very relevant to the situation faced today by the Venezuelan revolution. Read the statement of the Marxist Tendency of the PSUV, the IMT in Venezuela. 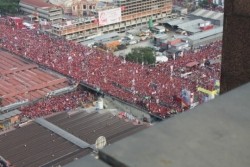 The ruling class can crush the revolution either through a coup, establishing a military police dictatorship as in Chile, or through sabotage of the economy along with outright civil war promoted by imperialism, to defeat the government on the electoral plane, as was the case in Nicaragua. The opposite case is that of Cuba, where the revolutionary government expropriated all the property of the Yankee imperialists as well as that of their lackeys, and the result was that the revolution has been able to maintain itself for more than 60 years.

On 12 February, a new coup attempt against Venezuela, was foiled, resulting in the arrest of 7 Air Force officers. No doubt behind this new attempt to overthrow the Maduro government, are the advocates of the "National Transition Accord"; Maria Corina Machado, Leopoldo Lopez and Antonio Ledezma, who also gave their backing to dictator Carmona Estanga, in the coup of 2002.

The role of the armed forces

However much the movement may be convinced that the armed forces are all "as red as red can be", reality has shown that there are still important reactionary sectors within the ranks of the army officers in general and in particular in the Air Force, as it it is the second time that a coup plot from within this military body has been foiled. It is also true that within the confines of the bourgeois state, even those military men who are the most committed to republican ideals, will end up identifying more with the bourgeoisie than the working class and the dispossessed masses as they rise up the ranks and receive higher salaries, and more perks and privileges. Therefore, under these privileged material conditions, their interests will progressively come in line with those of the capitalist class.

This is undoubtedly happening in Venezuela today, even more so when the armed forces of our country historically have been a powerful privileged caste at the service of the national bourgeoisie, the landowners and imperialism.

As long as the army apparatus is based on the bourgeois state and is organised according to the social relations which dominate the bourgeois state, there will remain a situation of perks and privileges of certain sectors of the armed forces, pushing them towards the interests of the ruling class. So despite all the social changes which have been carried out in the course of the Bolivarian revolution, the military, especially among its top ranking officers (even those who may originate from lower layers in society), benefit from many social, political and economic benefits.

Being that the armed forces are part of the bourgeois state, we should not trust their so-called “neutrality” in relation to the class struggle and in relation to the political situation of the country or their commitment and loyalty to the law and the constitution. In Allende's Chile, it was the same soldiers that the Chilean president had invited to form part of the government, and who he trusted due to their supposed neutrality, that carried out the coup followed by the savage massacre of all dissent against the dictatorship and set up the military police dictatorship of Augusto Pinochet.

That experience is very similar to the situation in Venezuela, where top army officials have repeatedly been detained for attempting to organise plots against the government of comrade Hugo Chavez and now against that of comrade Maduro.

As long as weapons and military training are under the control of a small caste of officers, the fate of the revolution and of working people will be in their hands. And as we have seen, there is no guarantee that in the case of a military conflict the armed forces will respond according to the interests of the people and not end up being directed by the bourgeoisie against the working masses and poore as happened in the past.

This demonstrates the importance of consolidating the militias in every neighbourhood, workplace, union, school and university, as an independent armed force and not under the tutelage of the army, because "only the people will save the people". It is also necessary to arm these militias as the only way of guaranteeing the survival and deepening of the revolution. In the same way it is necessary that all the military officers of all the armed forces be elected and subject to recall by the same rank and file soldiers and that no officer, regardless of rank, earns more than a rank and file soldier. These measures would prevent corruption and coup plots within the military.

The same protagonists as in 2002

The events which occurred this past February 12 and which will surely be repeated, are not unrelated to the situation the country finds itself and should take no one by surprise. It is simply a repeat of what has occurred several times in the past. US Imperialism finances the radical sectors of the opposition and the right-wing political parties, and the US embassy convinces some army officers to carry out a coup while the bourgeoisie intensifies the economic war.

The same elements involved in the 2002 coup are those who continue to plot to overthrow the Bolivarian government today: imperialism, the Venezuelan bourgeoisie and the opposition parties. Even the false division which exists in the opposition today, between the “democratic” and “fascist” wings is not real, because both essentially want the same thing: the overthrow of the government of president Maduro and if either wing should succeed in their plotting, it will be unanimously supported by the other without hesitation.

This shows that the national bourgeoisie and imperialism, just as their lackeys who are grouped in the opposition parties, have never ceased and never will cease to plot to destabilise and overthrow the Bolivarian government. We cannot allow the supporters of the Carmonazo to continue sabotaging the revolutionary process that the country is going through and to allow them to do this right under our noses. 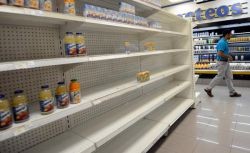 The direct sabotage of the county's economy, the circumvention of the various means of control which the government has tried to implement in the economy, the planning of coups, the financing of paramilitaries and terrorist acts within the country and all the measures which the national and imperialist bourgeoisie have organised, show that we are in a war, which is not only on the economic plane, but also on the political, social and in a more subtle, albeit permanent, manner within the army. And a war requires acts of war.  It is not enough simply to play a defensive role, when at the same time the bourgeoisie is being subsidised with dollars at a preferential rate. Because with these same subsidies they finance the destabilisation of the country.

It is necessary to pass from defensive acts to a revolutionary offensive with the arrest of the supporters of the Carmonazo and the confiscation of all their properties. The same should be done with all the recent actors who have joined the new attempts to overthrow the Bolivarian government, be it through democratic channels, through the economic war of destruction of products, through terrorist acts and attempts to promote the radicalisation of the fascist wing of the opposition supporters.

As we stated above, the historical experience of Latin America is that if the power of the bourgeoisie is not broken, they will use it to destroy the revolution. So long as the national bourgeoisie and imperialism are in possession of economic levers, they will use these to sabotage the democratic will of the majority and to overthrow any revolutionary government and to institute a counter-revolutionary regime which would destroy the conquests of the revolution. Therefore, what needs to be done is to take away economic power from the oligarchy, because it uses this to finance all of its undemocratic plans in the same way as it sabotages production and carries out flights of capital (even with the present currency exchange controls)

1) Nationalisation, without compensation, of all the properties of those who have been involved in acts of economic and/or political sabotage.

2) Trial and punishment all those involved in the Carmonazo and other attempts to carry out coups and sabotage since then.

3) Nationalise the main levers of the economy: the large landed estates, the national and transnational monopolies and all the private banks. With state property under the democratic control of the working class and the peasantry, a planned economy can be established which put an end to shortages of goods and inflation.

4) Workers’ control at all levels in the state-owned enterprises, institutions and other entities of the state to fight bureaucratism and corruption.

5) Consolidate workers’, peasants’ and community militias and further expand revolutionary agitation and organization within the armed forces by giving the soldiers the right to elect their commanding officers, to forestall any military coup plots.

We also echo president Maduro's call for a civic-military mobilization to fight the coup and sabotage.  For this, it is necessary and urgent to create revolutionary committees to vigilant in defence of the revolution, in every city, town, neighborhood, factory, university, ministry, military detachment, etc., that is, in any place where anyone could attempt sabotage or coup activities, and to monitor and combat these immediately through the organs of the organised people.