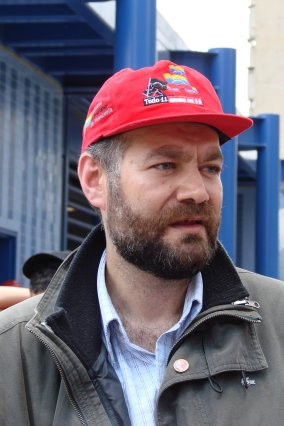 The fact that the main Venezuelan opposition parties have decided to boycott the December 10 municipal elections has opened the space for candidates representing the revolutionary wing of the Bolivarian movement to stand against official hand picked candidates from the ruling PSUV party. The bureaucracy and the state have responded by using all sorts of tricks to prevent them from running. The campaigns of Eduardo Samán in Caracas and Angel Prado in Simón Planas (Lara) have brought out the simmering contradictions within chavismo.

At the present time the Venezuelan right-wing pro-imperialist opposition is in a very parlous state. The Constituent Assembly elections on July 30th, which they were unable to prevent and which saw a massive turnout, marked the end of their 4 month long sustained attempt to overthrow the Maduro government by force. The October 15 regional elections increased the divisions within the opposition, with some parties boycotting while others participated. The PSUV victory in 18 out of 23 regions created havoc amongst the opposition ranks, with some parties denouncing election fraud while others took the office they had won.

Rather than an increase in the support for the government policies, what we have seen is a demoralisation of the opposition ranks combined with a healthy class instinct on the part of the working and poor masses which were determined to block the opposition at the ballot box. The economic situation remains dire and there is strong criticism of the government and the Constituent Assembly which don’t seem to have any clear or effective strategy to deal with it. Hyperinflation continues to eat into wages, the devaluation of the currency continues apace and the government has been forced to open talks with bond holders about restructuring and refinancing the debt of the state and PDVSA (state-owned oil company). This is aggravated by Trump imposed financial sanctions which are aimed at strangling the Venezuelan economy by denying it access to international funding.

It is in this context that the municipal elections have reopened debates within the Bolivarian movement which had been mostly suppressed by the need to close ranks against an extremely virulent and violent opposition assault. 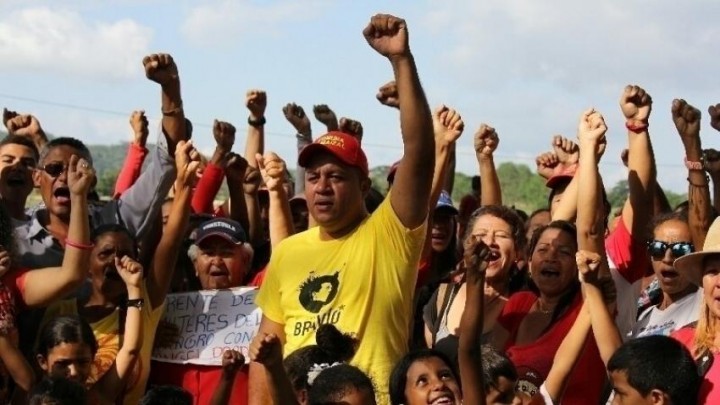 The tension between the rank and file, revolutionary left wing of chavismo and the bureaucratic and reformist wing which dominates the PSUV and the state apparatus has burst into the open. In a number of municipalities, mainly rural, alternative Bolivarian candidates are running against the PSUV. This is the case of Angel Prado, of the El Maizal Commune (Simon Planas, Lara); Augusto Espinoza of the Cajigal Commune (Cajigal, Sucre), Jesus Silva of Alexis Vive (Moran, Lara); and Jose Maria “Chema” Romero of the Bolivar and Zamora Revolutionary Current, involved in the building of the Simon Bolivar Communal City (Paez, Apure). Some of these candidates are standing under the banner of the Communist Party or the Tupamaros, but they all have in common the fact that they represent areas where the communal movement has taken real roots and developed. These are also areas where the struggle against the reactionary offensive earlier this year took on a revolutionary character with the organisation of self-defence committees, the occupation of land belonging to land owners linked to financing and organising the reaction, etc. Some of these communes also involve occupied factories, mostly linked to agricultural production. These communes have had to fight against the power of the capitalists and landowners but also against the sabotage of the bureaucrats in the local municipalities, the regional governors and different government institutions and ministries. In a very sharp article former Communes Minister Reinaldo Iturriza describes the importance of these electoral challenges.

“Although it can’t be spoken of as a massive phenomenon, it is undoubtedly a deeply significant event for various reasons. There has always been a tense relationship between communes and mayorships. With some exceptions, such as that of the Torres municipality in Lara state (first with Julio Chavez and currently with Edgar Carrasco), those who assume government functions at the municipal level tend to view with suspicion those spaces where there are initiatives of popular self-government, even if it’s just a modest communal council. This is no ordinary tension: at no other level is the clash between representative and participatory political logics so clearly expressed. It could be said that the political earthquake that is the Bolivarian revolution has its epicenter there: these political logics are tectonic fault lines in constant movement.”

The response of the bureaucracy has been furious. The case of Angel Prado is perhaps the most scandalous of all. After using mass mobilisation to overcome all hurdles put in his path to register as a candidate, finally the Electoral Council said he needs permission from the Constituent Assembly, of which he is an elected member, in order to stand. The fact is that several other high profile members of the CA are also standing as candidates but no obstacles have been put in their way, as they have been officially chosen by the PSUV leadership. Finally, on November 28, in an outrageous decision the CA denied him permission to stand. The only reason is that if he was allowed to stand he would certainly win the election. His candidature has been backed by 9,000 votes in the municipality and he was elected with 13,000 out of 17,000 votes cast for the CA in his constituency. The bureaucracy is mortally afraid of the challenged posed by a candidate who is a genuine representative of the voice of the rank and file of the movement and who stands for revolutionary democracy and no compromise with the capitalist class.

Perhaps the highest profile case is that of Eduardo Samán, because of the office he is standing for, the mayor of Libertador Council which covers most of the capital Caracas. Samán is not the only alternative candidate to the official PSUV candidate Erika Farias. Initially, Oswaldo Rivero had announced his intention to stand and he had the support of the Tupamaro Revolutionary Movement. Rivero is the popular presenter of TV show Zurda Konducta through which he has given voice to the uncompromising revolutionary rank and file struggle against the bourgeois opposition. He played a role in the protests which demanded a radical course for the Bolivarian movement after the defeat in the National Assembly elections in December 2015. A few days after he had announced his candidacy, the Tupamaros decided to withdrew it and he was left with no opportunity to stand. Clearly they had come under heavy pressure from the bureaucracy to drop him.

That left only Eduardo Samán, who had won the support of the Communist Party, the PPT and the MEP. The MEP later withdrew its support but the PCV and PPT stood firm. The National Electoral Council attempted to block the registration of Samán, but a campaign of public pressure finally got his candidature allowed. The CNE then resorted to an another trick. As both the PPT and the PCV had already pre-emptively registered their candidates, the CNE argued that the names on the ballot box next to these parties logos could not be changed. Therefore, Saman’s name will not be on the ballot paper at all. People wanting to cast a vote for him will have to chose either the PCV or the PPT withdrawn candidates, but the votes will be counted as Saman’s. This is a complete scandal as it will create unnecessary confusion and there is no real technical reason why his name cannot appear next to the PCV and PPT logos.

To this it must be added that Samán has denounced a boycott against his candidature in the state media. Sources in some of the state media outlets have said that there are clear instructions that neither Saman nor the parties backing him can be mentioned. This was put to the test on November 30 when Saman was invited to a TV interview in the state-owned ViveTV. Vive has always been more independent from the government, giving voice to worker-occupied factories, local communes, rank and file revolutionary initiatives, etc. Samán was interviewed for half an hour in a morning talk show. The scandal came later when Saman publicly denounced that the channel’s director, the channel’s press officer and the channel’s coordinator had been sacked as a direct result of his interview! The channel’s director later on rebutted this statement and said that his removal was the result of putting his job at the disposal of the new minister as it is customary with political appointments. Other journalists, however, corroborated Saman’s allegations.

Eduardo Saman is a very well known figure in the Chavista left. Over a period of time he occupied different government positions and then was briefly the Minister of Commerce. In those positions he became known for fighting corruption, giving support to the occupied factories movement and attacking speculation, profiteering and the black market. At one point, in 2010, Saman issued a call for the formation of a “radical current” within the PSUV which had a massive echo in the movement. Under pressure from the bureaucracy he finally abandoned the idea.

It is clear that the bureaucracy of the PSUV is in panic over his candidature. As Saman himself has explained, there is no danger of any candidate from the bourgeois opposition winning the race. He has added that if there was he would be prepared to stand down in favour of a mutually agreed joint Bolivarian candidate. The danger, from the point of view of the bureaucracy, is not that the opposition could win but rather that Saman could defeat the official PSUV candidate Erika Farías.

For the Bolivarian rank and file, Saman represents the struggle against the black market, the speculators, the capitalists and multinational companies, the struggle for accountability within the movement, for revolutionary democracy and workers’ control. The Lucha de Clases current in Venezuela (section of the International Marxist Tendency) has given full support to Saman and is participating fully in his campaign.

The comrades are correctly arguing that this should not just be seen as the only way in which the gains of the revolution can be defended in the face of the reactionary opposition but also of a government whose only strategy seems to be to make concessions to the capitalists and cling to power for the sake of it.

The International Marxist Tendency therefore supports Eduardo Samán, argues for a revolutionary socialist programme and the need to organise the revolutionary vanguard at a national level during and after the December 10 municipal elections.