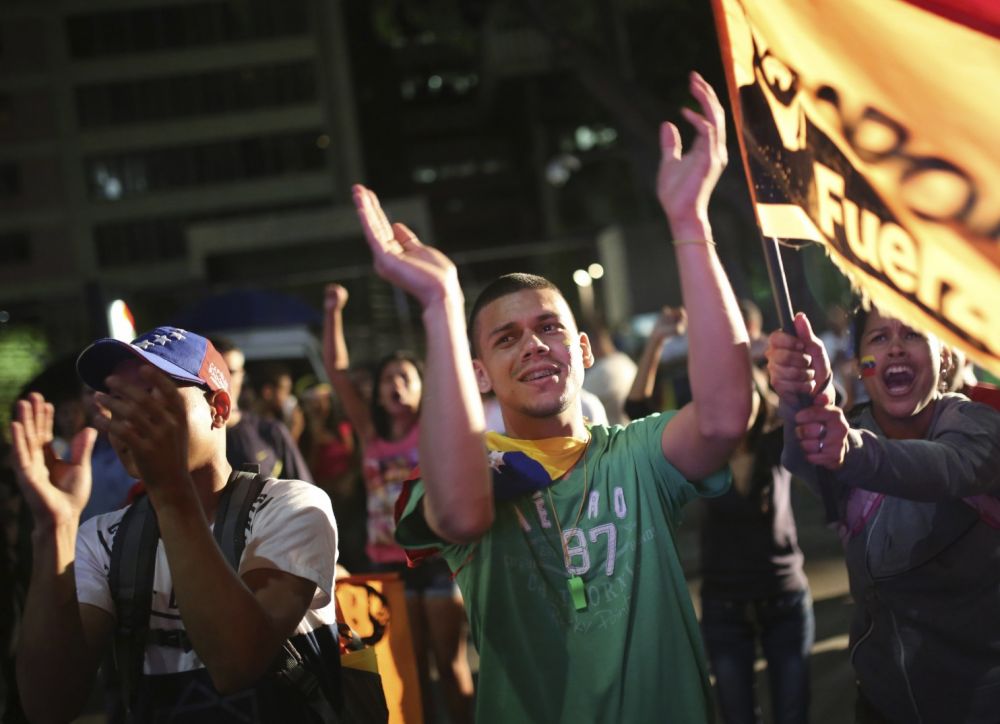 The overwhelming victory won by the revolution on July 30 [in the National Constituent Assembly elections], was the result of the hope of millions of workers who came out to vote regardless of the guarimbas siege of opposition rioting.

They were hopeful that the ANC would be the instrument that would definitively defeat the galloping inflation and the chronic shortage of income and basic necessities.That result demoralized and completely demobilized the opposition rank and file, and managed to defeat the violent opposition rioting of the guarimbas.

This quickly changed the political landscape of the country, at least temporarily, as the opposition ranks went back home. The defeat of the counterrevolutionary offensive, opened a much more auspicious scenario for the regional elections than the one that existed before the constituent assembly, from the point of view of the PSUV. That is why the government brought forward the regional elections for October, in order to take advantage of the demoralization and temporary demobilization of the right-wing, as well as to take advantage of the level of mobilization of the Chavismo ranks achieved on July 30.

However, after the establishment of the ANC (Constituent Assembly), inasmuch as the Bolivarian leadership has not taken decisive measures against the bourgeoisie, nationalizing banking, foreign trade and all the economic levers of the country under workers' control, the economic crisis is worsening dangerously with each passing week. Increasing inflation, for example, is reaching unprecedented levels in the country's history, mercilessly devouring the wages of the working masses. The enthusiastic atmosphere of hope among layers of the rank and file is quickly becoming one of deep social anger, which undoubtedly can have a very negative impact for the revolution next Sunday [on election day].

At the same time, the Chavista leadership has returned to a mistaken position, drunk with arrogant triumphalism, in which it is launching itself into the streets of the country to carry out an electoral campaign devoid of true revolutionary content, empty of clear and capable program proposals which could solve the pressing situation of the masses. The campaign is full of social-democratic and demagogic content, very similar to the welfare type campaigns of the 4th Republic, which is expressed in the delivery of food bags to families impoverished by capitalism, or in promises about solving specific problems of communities, which are then quickly forgotten once they reach the levels of state power.

Added to this is the fact that many of the candidates are standing to be re-elected, or are clearly linked to the current governors, and therefore already face a significant accumulated popular discontent. In the first case, candidates such as Arias Cárdenas [Zulia state] or Vielma Mora [Tachira] must face the natural discontent of important sectors of the Chavista ranks, as their previous terms of office were clearly bureaucratic and tended to benefit their respective bourgeoisie and local aristocracies, as well as the enriching the local party bureaucracies, instead of benefiting the working people. In the second case, the party has chosen to "change the face" of the current administration, launching candidates such as Justo Noguera in Bolívar or Margaud Godoy in Cojedes. But even though they may represent a certain freshness in the eyes of the politically less advanced layers of the Bolivarian rank and file, the ties that unite them with current leaderships are evident to the most politically experienced layers.

However, the current level of demobilization of the right wing remains a key factor. In fact, the president of Datanálisis, Luis Vicente Leon, has indicated that if there is a significant margin of abstention in the next elections, this will favor Chavismo.

Marxist theorist and leader of the International Marxist Tendency, Alan Woods, explains that bureaucrats regard the mobilization of the masses as a tap which one can open or close at will. If it is necessary to mobilize the masses to block the right, the tap is opened, and once the right is defeated, it is simply closed. Their narrow, politically petty outlook does not allow them to realize that the patience of the masses has a limit, or, to put it in Leon Trotsky's words, the masses can sacrifice their today for a tomorrow, only to a certain extent.

The bureaucrats believe that just as they opened the tap on July 30 [when the Constituent Assembly elections took place], they could then close it without solving the economic problems that hit the masses, and they could open it again without problems next Sunday. But this is not how historical developments work. If we continue down this path, sooner or later they will open the tap and there will be no more water.

A victory for the opposition MUD next Sunday, securing most of the country's governorships, including those states that contain the nation's major urban centers, would be a serious blow to the revolution, which would lay the groundwork for a new violent offensive of the counterrevolution with a view to overthrow the government and crush the revolution.

The Marxists of "Lucha de Clases" (Class Struggle) are totally opposed to this, so we call once again on the masses to vote against the candidates of the counterrevolution and imperialism.

However, we issue a clear warning. An important victory of the PSUV over the MUD in the regional elections, insofar as its candidates and the government as a whole do not offer a real revolutionary way forward for the crisis, will not therefore constitute a real and definitive solution to the current political crisis.