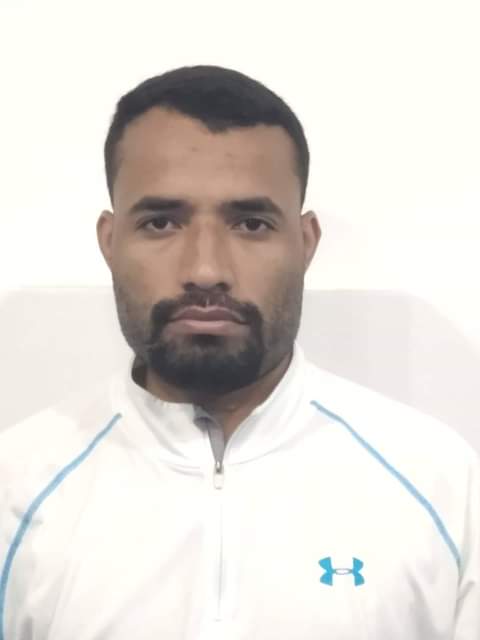 The leader of the Jóvenes Por Patria (Youth For Fatherland) JPP movement, a member of the Patria Para Todos Fatherland for All (PPT) party and close collaborator of the IMT in Venezuela, Luis Zapata, was arrested on Sunday 12 July at 4:00 PM, by officials of the Bolivarian National Police, near the town of Ospino, Portuguesa State. After 10:00 PM, and after the show of solidarity from a large number of leftist political organisations, the release of the comrade by the Attorney General of the Republic was announced.

He was traveling in an agricultural truck to the city of Caracas, after meeting with community members of the Socialist Axis of Barinas and the PPT political team of the same regional entity. Beyond his just release, this case shows a worrying reality for all social activists, union leaders and peasants: the judicialisation of workers and popular struggles of various kinds and the violation of the fundamental rights of those who are arrested carrying out their struggle. On numerous occasions, Lucha de Clases have commented on the strong development of repressive tendencies by the government in the last period, to impose its anti-popular bourgeois adjustment package at all costs.

The “justification” for the arrest was the surprise appearance of an arrest warrant from the Office of the Attorney General of the Republic, which did not specify the cause for carrying out the arrest and which did not have the support of a judge. The order dates from 2018, coinciding with the unjust imprisonment of the nine community members of the Socialist Axis of Barinas in September of the same year, recently released thanks to the efforts of the Unitary Platform for the Rights of Working People, of which Zapata is part.

Luis Zapata played a major role in in drawing national attention to the improper incarceration of the nine community members of Barinas, and has focused a large part of his political activity on the defence of fundamental rights, respect for due process and efforts to achieve the liberation of workers, peasants and social leaders arbitrarily and illegally detained. This has been done by the Unitary Platform for the Rights of the Working People, the communist leader Pedro Eusse and in frequent meetings at the headquarters of the Attorney General's Office in Caracas. It is incomprehensible that, all of a sudden, a long-standing arrest warrant appears against this comrade who frequented the headquarters of the institution almost weekly.

Clearly, the untimely and sudden appearance of a court order against Zapata cannot be anything other than a judicial set up. This aberration was so absurd and unsustainable that the Attorney General of the Republic, Tareck William Saab, had to order the release of the comrade, amidst the show of solidarity and immediate pressure of numerous left-wing organisations (through social media) and by the public exhortation of the Secretary General of the PPT, Rafael Uzcátegui, for justice to be done.

A state and judiciary rotten to the core

This pathetic show once again highlights the rottenness of the Venezuelan bourgeois state and its institutions, run by the corrupt symbiosis of bureaucrats and the so-called “revolutionary bourgeoisie", in collusion with the traditional landowning and bourgeois oligarchy. For revolutionaries, the need to destroy the old and rotten capitalist state machinery is clear. It must be replaced with a new state governed by the workers themselves, based on the workers' and communards’ councils coordinated at local, regional and national levels, with elected representatives from the grassroots, revocable at any time. Every policy and action must be taken under the supervision of the working class and organised popular sectors.

We know that, behind the numerous arbitrary arrests of peasants, community members and workers, there lurk the interests of high-and-mid-level state bureaucrats, for whom all class fighters are a source of discomfort. We have no qualms about indicating that Luis Zapata's arrest was due to an unacceptable act of political retaliation, which should call us to reflect on the current institutional fragility and the malleability of the judicial system to trample on the elementary rights of workers and social activists. By contrast, Juan Guaidó remains free, organising national destabilisation and capitalising on the looting of Venezuela's assets abroad. Nothing of what has been exposed should surprise us. The class nature of the Venezuelan bourgeois state comes to light at every step.

From Lucha de Clases, the Venezuelan section of the International Marxist Tendency, we condemn the illegal detention of Luis Zapata, we demand the immediate suppression of the recently surfaced judicial order against him, the clarification of all the judicial charges executed in this case and an investigation that leads to the prosecution of those responsible.

The solidarity of the left at a national level and of various Latin American sections of the International Marxist Tendency, through social media, has made itself felt again. However, despite the fact that Luis Zapata was released a few hours after his arrest, we cannot be complacent. We must redouble our efforts in concrete solidarity actions until the release of all the comrades who are still behind bars, without clear causes, without trials, and harassed by a judicial system that is rotten down to the marrow.

As soon as possible, a new demonstration should be called at the headquarters of the Attorney General's Office in Caracas, such as the one organised by the Popular Anti-fascist and Anti-imperialist Front in early June. This must be combined with more national and international campaigns, conducted en masse through twitter, and raising awareness about the multiple existing cases on all social media platforms.