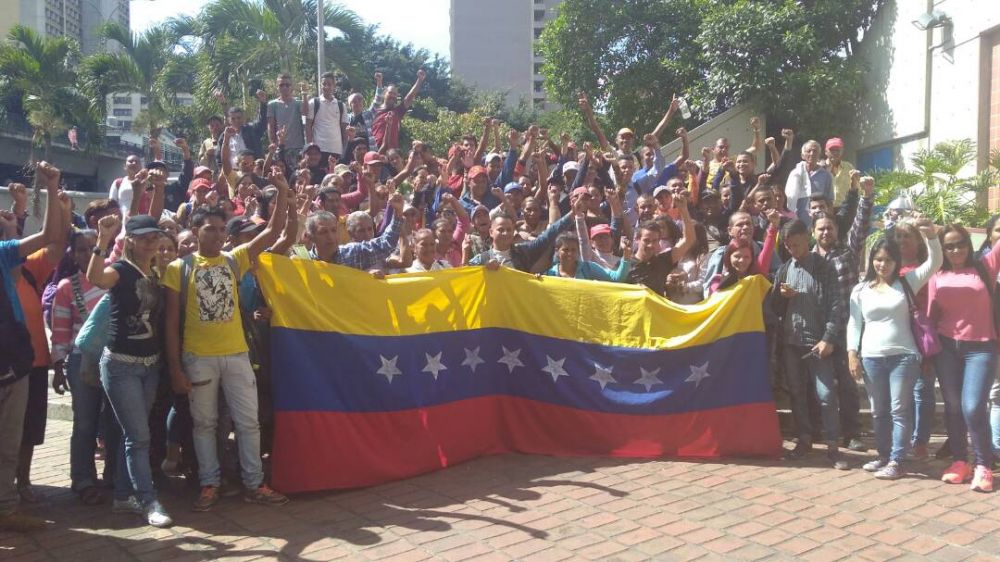 As the presidential elections of 20 May draw nearer, our country is entering a new, uncertain period. The deep economic depression, hyperinflation, the generalized collapse of public services, and as a consequence, the rise in the workers’ and popular struggles, frame the explosive national political context.

The right is atomized, US imperialism is on the offensive, and the Bolivarian leadership is increasingly divorced from the interests of the working class and the people in general. It is necessary to analyze the movements of the contending actors, to clarify the future development of the class struggle, and establish our position on the basis of the historical interests of the working class and other oppressed layers of society.

Recently, the Trump administration issued an order prohibiting transactions with Petros, targeting US citizens and residents. This measure comes in tandem with a set of financial sanctions, signed in August 2017, which have restricted the Venezuelan government from acquiring new sources of international financing (public debt) or renegotiating existing debt, as well as impeding the effective conclusion of numerous commercial exchanges. At the same time, there are increasing threats of a possible oil blockade, which has not been implemented so far, as US imperialists fear the negative impact this would have on US oil companies.

US imperialism is exacerbating the crisis in Venezuela in order to precipitate a coup / Image: Lucha de Clases

Clearly, US imperialism seeks to financially strangle the Maduro government, to increase the already very serious economic problems the country is facing, spice the broth of social instability, and thus precipitate a coup d'état.

Meanwhile, the [opposition] candidacy of Henri Falcón of AP, supported by the parties MAS and COPEI, so far is flaccid and weak, due to the refusal of the bulk of the reactionary opposition to participate in the upcoming presidential elections. The minority extremist section of the opposition, consisting of María Corina Machado's Vente Venezuela and Antonio Ledezma's Alianza Bravo Pueblo, isolate themselves from the rest of the opposition forces, denouncing them for their lack of committment to the struggle.

With the launching of the Frente Amplio Venezuela Libre [Free Venezuela Broad Front], the most numerous and influential sectors of the national right-wing are trying to regather momentum to prepare a new insurrectional offensive in the medium term, hoping to capitalize on the terrible deterioration of the economic situation, which is the result of imperialist pressures, economic sabotage by the bourgeoisie, and the policies implemented by the government (by action and omission).

The Marxist tendency, Lucha de Clases, repudiates all the destabilizing maneuvers, coup-plotting and imperialist intervention, prepared by both the oligarchy and its imperialist masters. If they achieved their objectives, they would result in a policy of brutal cuts to public spending, elimination of social programs [misiones], and an assault on the democratic freedoms of working people, accompanied by a wave of persecution of community and union leaders. 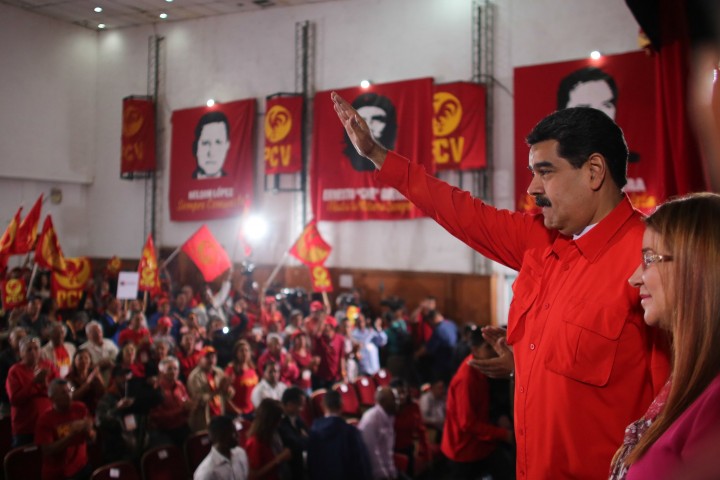 The Maduro regime is motivated by self-preservation at this stage. Its policies are hastening the demise of the Bolivarian Revolution / Image: Lucha de Clases

Meanwhile, the Bolivarian bureaucracy tries to balance between existing class antagonisms; on the one hand, granting new concessions to the bourgeoisie and imperialism, relaxing controls on the economy (dismantling price controls, eliminating the Dipro exchange rate and new devaluations through Dicom), and the enactment of the Venezuela Foreign Investment Law. On the other, it employs a marked clientelist policy destined to retain votes among the most humble layers, through the newly created Somos Venezuela party. It is evident that the policies of the government are based on self-preservation.

Launching of the Petro and the new monetary reconversion are limited and merely circumstantial measures, which do not offer real solutions to the economic drama the country is facing. They reveal the ever decreasing room for manoeuvre in continuing to manage the capitalist crisis within the limits of the system. The sale of Petros is, in the final analysis, a desperate financial maneuver, a way of issuing new debt backed by oil not-yet-extracted, in order to obtain foreign currency, and thus be able to pay state and PDVSA debt, instead of using it to import more food and medicine.

In this situation, Lucha de Clases was agitating for the Communist Party, along with other organizations of the revolutionary left of Chavismo, to stand its own candidate for the presidential elections with a class program. Regrettably these organisations signed a pact with the PSUV that does not solve anything. This irresponsible position leaves revolutionaries without any option in these elections, and delays the necessary construction of a revolutionary alternative, demanded by the most advanced layers of the movement. Obviously we cannot vote for the reactionary opposition, but voting for Maduro means supporting the continuation of policies that have led us to this disastrous scenario. 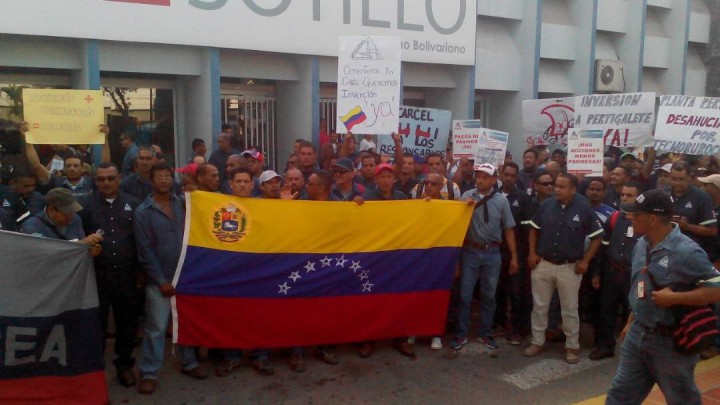 The only way forward for workers and the poor is a revolutionary programme! / Image: public domain

For us, the only solution to the crisis, from the standpoint of the workers and the poor, is the enactment of a genuine revolutionary program: the creation of socialist workers' councils in each factory and workplace; expropriation of large industries, under workers' control; state monopoly on foreign trade, under workers' and popular control; expropriation of the latifundios [farming land], under peasant control; nationalization of banks and insurance companies, to put their resources at the disposal of a national plan of productive investment, in state companies and under workers' control; worker and popular oversight of the transport and supply of food and medicines; non-payment of the external debt; and an internationalist appeal to the workers of Latin America and the rest of the world.

The crucial task, then, is to build a revolutionary alternative sufficiently consistent and tenacious to promote the historical tasks  listed above, and face the threat of reaction with revolutionary means. From Lucha de Clases, we invite the militant sectors of Chavismo to rise to this necessary task.

This is the editorial statement of the latest issue of Lucha de Clases (Class Struggle) the paper of the Venezuelan section of the International Marxist Tendency. Original statement in Spanish here.