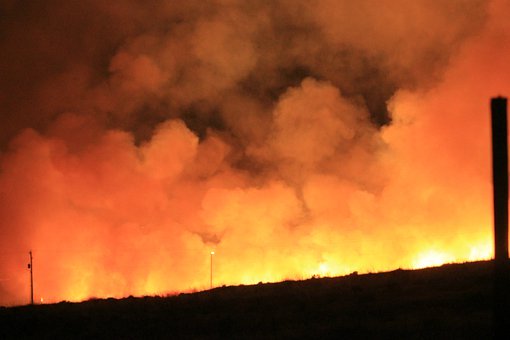 Swathes of the USA have been hit with devastating wildfires: a tragic consequence of climate change and capitalist negligence. With people on the West Coast having already faced COVID-19, multiple disasters are being piled one on top of another.

Amidst the new normal of pandemic and economic collapse, Californians are experiencing another catastrophic consequence of capitalism: wildfire season. The last few years have seen mass devastation across the state, exemplified by the “Camp Fire,” which destroyed the city of Paradise. Many locals lost their homes, while people in San Francisco, Oakland, and other parts of the East Bay had to deal with toxic air quality. This year’s wildfires are also severe, with the LNU complex fire being the second largest in California history.

Consequently, air quality is once again disastrous. Californians were already trapped in their homes due to COVID-19, and now can’t even go on socially distanced walks without inhaling toxic smoke. The contradictions of capitalism manifest themselves in what can only be described as a hellhole: blackouts during a heatwave, poisoned air, the possibility of losing your home, or dying in a fire, all while living in isolation due to the conditions of the COVID-19 crisis.

This year’s fire season has been particularly intense because the seasonal thunderstorms delivered relatively little precipitation. Thanks to climate change, the droughts have continually worsened, radically affecting California’s substrate and providing ideal conditions for fires. In particular, one company has played a pernicious role in this: Pacific Gas & Electric (PG&E). 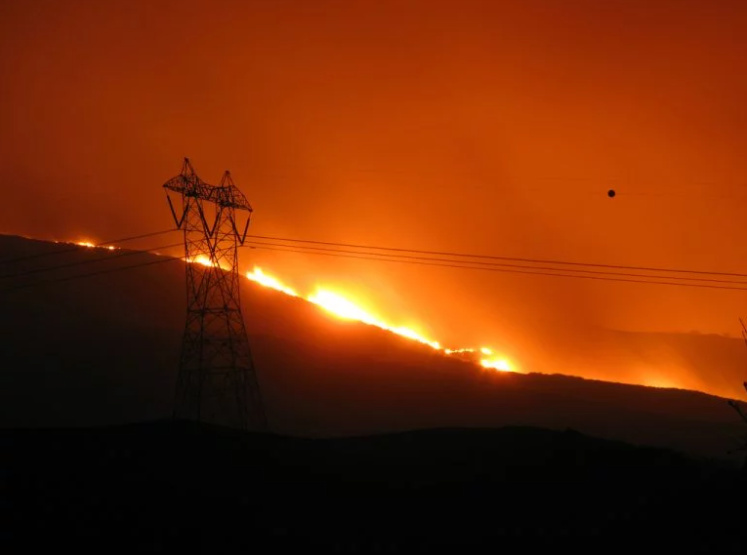 For years, PG&E has neglected repairs and needed investment in favor of paying dividends to shareholders. The Camp Fire, by far the worst in California history, was principally caused by PG&E. On June 30, Governor Gavin Newsom and the state legislature passed California bill SB350 to “address” the situation, allowing the state to intervene if PG&E does not operate within safe parameters. More specifically, it states that if proper protocols are not followed, the governor or an appointee can turn PG&E into a nonprofit public benefit corporation.

Were this to happen, it is essential to note that it would still be a corporation. Workers at nonprofits are still exploited, and ultimately nonprofits still have to make revenue, even if they are legally bound to the abstract idea of “public good.” A glance at the various nonprofits with multi-millionaire CEOs confirms this.

Nonprofit corporations, like their for-profit counterparts, have to operate within capitalism’s boundaries. Merely changing PG&E’s corporate form is not enough. The only way to effectively deal with PG&E is to take it into public ownership, to be operated in the public interest on the basis of democratic workers’ control. This would give California’s working class a real say in how the utility is run.

But the cruel absurdity of capitalism’s inability to deal with the problem goes far beyond that. The reason fighting fires has been more difficult this year is due to a lack of prison labor. Hundreds of prisoners have been (rightly) let out of prison early to help stop the spread of COVID-19. However, because the state has depended so heavily on prison labor to fight fires in the past, this has severely weakened containment efforts.

The New York Times recently observed that California simply doesn’t have the funds to support an adequate number of firefighters. Therefore, paying prisoners $1 an hour to fight fires—essentially slavery-level “remuneration”—was the only available option given the budget. But consider this. California has the highest GDP of any US state—over $3 trillion—far more than most world governments. It is also home to 165 billionaires—the highest number in the country. 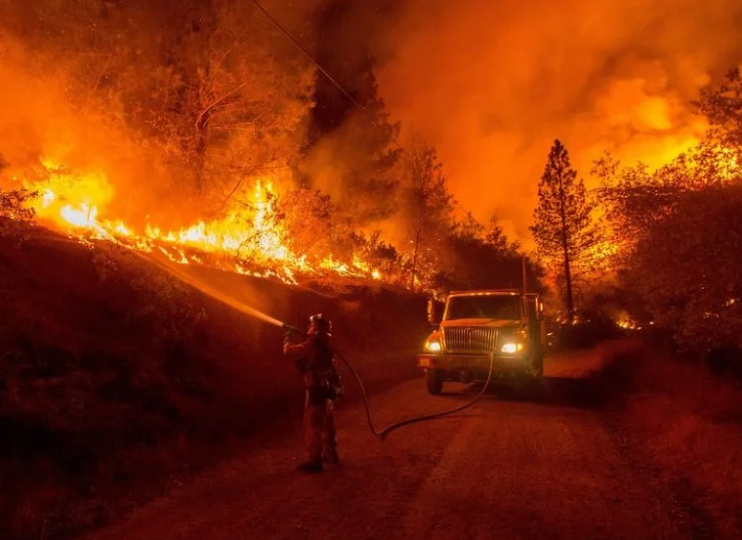 Because California has depended so heavily on prison labor to fight fires in the past, early releases to slow the spread of COVID-19 have severely weakened containment efforts / Image: Tim Head, Flickr

So the argument that there isn’t enough money to develop an effective strategy to deal with wildfire season doesn’t hold any weight. Mark Zuckerberg and Jeff Bezos both have land holdings in California, and their personal wealth alone could fully fund firefighting programs. However, the logic of capitalism dictates that these fine gentlemen keep their obscene amounts of wealth while the rest of us burn and choke.

Although Ronald Reagan came from California, the state is tightly controlled by the Democratic Party. These liberal defenders and apologists for capitalism have shown that they are entirely unable to solve any of the real problems faced by California’s working-class majority. The rising homeless population, the unbearable rents, and the annual fear of losing our homes to fire are just some of the ways in which they’ve failed us.

If we want to deal with these and other problems, we need to go beyond just taking over PG&E—we need to bring the state’s top companies under public ownership, starting with the 53 companies based in the state currently on the Fortune 500.

Utilizing these resources, we could launch a massive firefighting program that hires anyone with relevant experience, while quickly training thousands of others to do the same, all while guaranteeing continued employment with union wages and protections once the fires are extinguished. At the same time, we could chart out a science-based plan of action to address California’s environmental problems to contain out-of-control fires as much as possible.

Ultimately, we can’t trust Gavin Newsom, the California Senate, Assembly, or the federal government to solve our problems. Only the power of the workers, organized in a mass socialist party, and forming a workers’ government can lay the foundations for dealing with the catastrophe of capitalism.