The US Supreme Court today overturned the so-called Roe v. Wade ruling, which since 1973 has constitutionally protected a woman’s right to seek an abortion. Dozens of states are expected to announce varying degrees of abortion bans and restrictions in the coming days and weeks.

This vicious attack on an elementary democratic right, foreshadowed months ago by a leaked draft ruling, is part of a reactionary ‘culture war’ agenda, waged by a particularly degenerate section of the US ruling class. It seeks to whip up the most backward layers in American society, which, during a period of profound economic crisis, has become heavily polarised as life is made unbearable for millions of people.

The Democrats have proved utterly impotent to resist this new lurch towards barbarism, despite controlling the White House, Congress and Senate. The working class must now go on the offensive to defend women’s right to bodily autonomy, and all the basic freedoms conquered by hard struggle in the past.

As suggested by the leaked memo back in May, this new judgement, drafted by Supreme Court Justice Samuel Alito, argues that since “the Constitution makes no reference to abortion… no such right is implicitly protected by constitutional provision.”

Roe v. Wade was always a flimsy shield for the right to legally access abortions, as it is based not on the provision of bodily autonomy or women’s rights, but on the protection of “privacy” (i.e., that the state does not have a right to know about a woman’s decisions regarding her reproductive health). 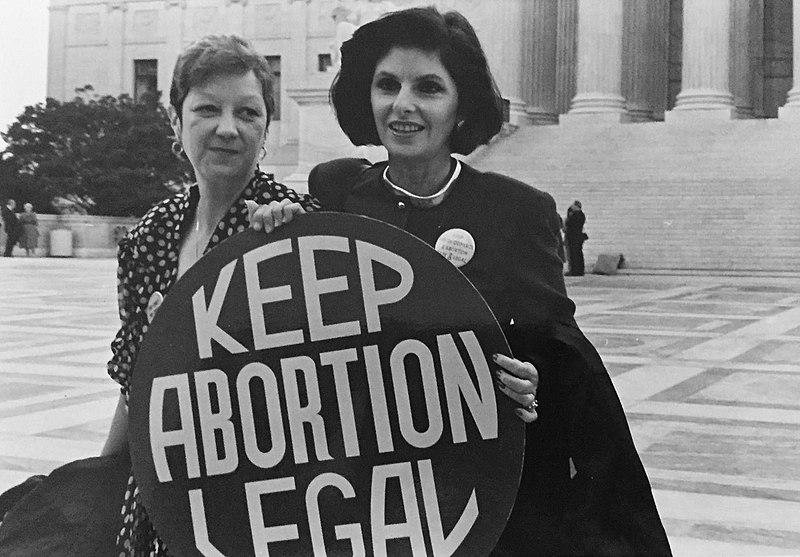 But the fundamental issue here does not concern legal technicalities. The bourgeois legal system is not some neutral arbiter of justice, but first and foremost an apparatus to protect bourgeois interests. And the present Supreme Court has revealed itself as representing the most backward, short-sighted and brutal wing of the US ruling class.

This section, which has cohered around former President Donald Trump, is now completely dominant in the Republican Party, and is hellbent on appealing to the basest prejudices in society – sexism, racism, homophobia and religious fundamentalism – to animate its social base, and distract from the crippling economic hardship and social turmoil wracking US capitalism.

13 states (including Texas, Missouri and Louisiana) already set up ‘trigger bans’ on legal abortion, which will be activated after Roe v. Wade is officially thrown out. In total, it is expected that 26 so-called Red States will declare new restrictions on abortion, including Florida, Alabama and Arizona.

This means that, in over half of the United States of America, at the whim of an undemocratic, unelected body of nine reactionary judges, tens of millions of women will be deprived of access to legal abortion at a stroke.

A ruling for misery and death

Of course, this will not stop abortions from happening, but simply force especially poor and working-class women to seek out dangerous, illegal abortions. 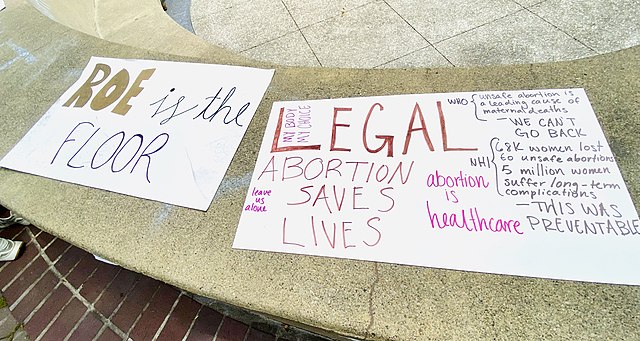 According to the World Health Organisation (WHO), illegal abortions have an average mortality rate of 8 percent / Image: Suiren2022

This compares favourably with the maternal mortality rate for giving birth, which is higher in the USA than any other industrialised nation, at 17 per 100,000 births (and 37 per 100,000 for black women). This is compared with three or fewer deaths per 100,000 in the likes of Norway, Sweden and New Zealand.

Meanwhile, according to the World Health Organisation (WHO), illegal abortions have an average mortality rate of 8 percent. With the tsunami of abortion bans about to sweep southern states in particular, millions of women will be forced to turn to dangerous, unsanitary, so-called ‘backstreet’ abortions, causing the number of abortion-related deaths to skyrocket.

Poor and working-class women who do not wish to wager their lives on such a risky procedure will bring their children into a society crushed by a mounting cost of living crisis. While President Joe Biden throws tens of billions of dollars and mountains of military hardware at the US’ proxy war with Russia in Ukraine, tens of millions of Americans are struggling to survive.

Inflation hit 8.6 percent in June, gobbling up paycheques and leaving working families unable to afford the basic necessities of life.

Food prices are expected to rise by over 9 percent in 2022, while fuel prices hit a 40-year record of $5 a gallon in June. Meanwhile, a shortage of baby formula in May resulted in a nightmare for countless parents, and the cost of childcare has shot up by between 5-15 percent this year.

When combined with a series of draconian new restrictions on legal abortion, the inevitable consequence will be that millions of Americans, and women in particular, are pushed even further into grinding poverty. It will also mean a generation of children are raised in conditions of severe hardship.

This is the only future that capitalism promises for working-class people in the wealthiest country on earth.

Impotence of the Democrats

Meanwhile, Former Vice-President Mike Pence said: “Having been given this second chance for life, we must not rest and must not relent until the sanctity of life is restored to the centre of American law in every state in the land.”

For their part, the Democrats have been wringing their hands and shaking their heads in despair. In a disgusting bit of hypocrisy, this includes the especially right-wing, vocally anti-abortion Democratic Senator for West Virginia, Joe Manchin, who said he was “alarmed” and “disappointed” at the Supreme Court’s decision.

"American women today have less freedom than their mothers," she added. "This cruel ruling is outrageous and heart-wrenching."

Meanwhile, President Biden (who is due to address the nation on the new ruling later today) previously made tepid comments that he opposed the “radical” move of overturning Roe v. Wade, and underlined the need to elect “more pro-choice senators and a pro-choice majority in the House to adopt legislation that codifies Roe v Wade”.

This is the same Joe Biden who previously voted to overturn Roe v. Wade, which in 1974 he described as going “too far”, asserting that women should not have a sole right to decide what happens to their bodies. 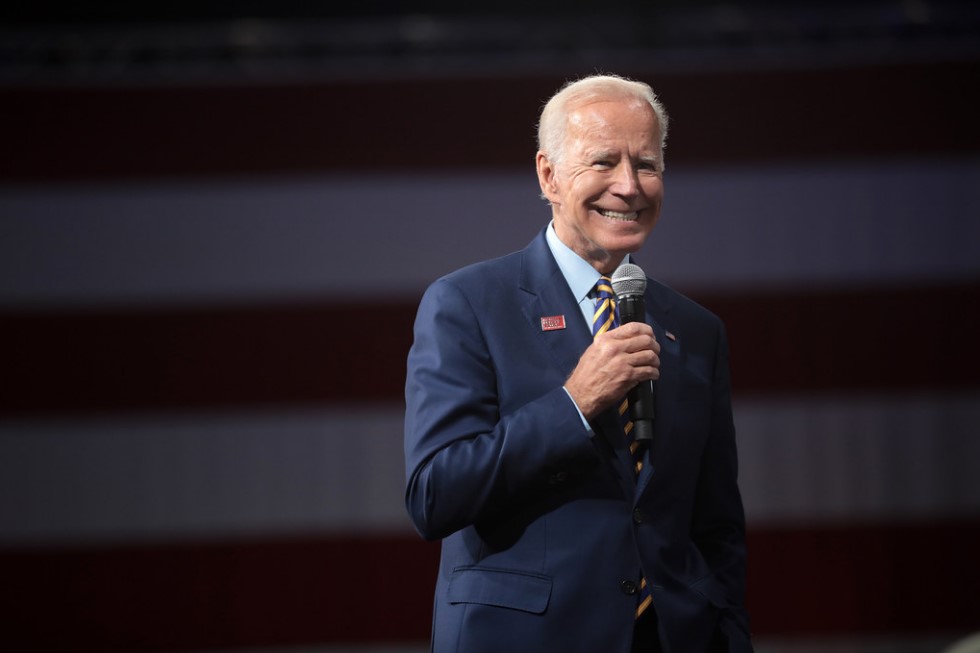 Joe Biden previously voted to overturn Roe v. Wade, which in 1974 he described as going “too far”, asserting that women should not have a sole right to decide what happens to their bodies / Image: Gage Skidmore

He also supported the Hyde Amendment in 1981, banning the use of federal funds to pay for abortion (only flipping in 2019), and even lends his name to the so-called Biden Amendment to ban the use of foreign aid for biomedical research related to abortion.

For all their posturing as a ‘progressive’ alternative to the Republicans, and for all the pressure heaped on American workers and youth to back establishment dinosaur Joe Biden to defeat the ‘fascist’ Trump, the Democrats have hardly raised a finger to protect the most basic of women’s rights.

Biden has even resisted calls to take such basic steps as providing resources for women to travel to states where abortion will remain legal.

Compare the Democrats’ limp-wristed resistance to the Supreme Court’s ruling with their determination to ensure a flood of weapons makes its way to Ukraine, prolonging a brutal conflict that is causing catastrophic effects worldwide, simply to serve the interests of American imperialism.

As we have said many times: there is not an ounce of progressive content in the Democratic Party, which is entirely at the service of US capitalism, and implacably opposed to the interests of working people, women and men alike.

The problem is not just the Democrats, however, but the whole edifice of the capitalist state in the US, which contains several extremely undemocratic mechanisms, including the electoral college and the Supreme Court. As the comrades of Socialist Revolution previously wrote:

“After decades of ‘playing by the rules,’ it should be crystal clear that the game was rigged from the start. That Roe is even in danger of being overturned should blow apart any illusions in the Supreme Court, the Constitution, the Democrats, and the entire structure of American bourgeois democracy. These are the institutions of an exploiting and oppressing class whose interests are diametrically opposed to the workers’. This is the result of relying on bourgeois legality instead of class struggle. This is the fruit of ‘lesser evilism’ and class collaboration. The answer isn’t to fight for ‘less’ evil for the working class, but to put an end to all the evils of class society! The way forward is not through collaboration between the classes, but through class independence and the formation of a mass workers’ party.”

The striking down of Roe v. Wade is a symptom of the senile decay of US capitalism. Its leaders are hopelessly divided, and a large part of the US ruling class is determinedly stirring from the bottom of US society in order to pursue its narrow quest for power, even at the cost of totally discrediting the major institutions of the state.

Already, Trump is gearing up for a re-election campaign, which he has every chance of winning against the feeble figure of Joe Biden, whose approval ratings have collapsed to a mere 36 percent.

He has disappointed even the low expectations he aroused in the 2020 election, and Trump is preparing to ride a wave of anger, despair and reactionary chauvinism to reclaim the White House, targeting people of colour, LGBT people, migrants and women.

Capitalism is incapable of guaranteeing even the basic victories and concessions won by class struggle in the past. In these conditions of historic crisis, only the working class, mobilised through its mass organisations and prepared to fight, is capable of defending women’s rights, along with all its democratic conquests.

Beyond that, only through a concerted fight to bring down this vile system and establish a socialist society can we avert the barbaric conditions to which workers in the USA and beyond are increasingly subjected.

Already, emergency demonstrations are being called across the country and more will take place over the weekend. By launching an assault on women’s rights, the Supreme Court risks provoking a backlash of enormous proportions.

We should remember that access to legal abortions was one of the accomplishments of the Russian Revolution of 1917. And it will be a new socialist revolution, in the USA and throughout the world, that will do away with oppression once and for all, and ensure a decent and dignified existence for humanity.

As we wrote in response to the leaked memo in May:

“The Supreme Court’s majority position is a stark wake-up call for all workers. This is the ‘new normal’ of life under capitalism—in reality, a return to the ‘old normal’—compounded by the convulsions of a terminally ill system that can temporarily counter its downward slide only by clawing back all gains won by past working-class struggle. So yes, we must protest, but above all, we should prepare for class struggle, class war, and socialist revolution. The road will not be easy, but there is no greater cause—and there is no alternative.”