Lenin once said that “politics is a concentrated expression of economics.” For over a decade, we have been subjected to a deep and systemic crisis of capitalism. The only way out for the ruling class is to ramp up austerity and to intensify our exploitation even further. With inequality already at historic levels and relative standards of living in free fall for billions, this is a finished recipe for explosions of the class struggle. This explains why, just a quarter-century since the “end of history” was declared, the masses are again moving might and main to change their destinies.

From Sudan to Algeria, Ecuador to Chile, Catalonia, Lebanon, Iran, and beyond, the world revolution is clearly on the agenda. But in spite of the inspiring heroism and sacrifice of the masses, they are repeatedly held back or sold out by their own leadership. These reformist leaders believe it is impossible to move beyond the bounds of capitalism and that class peace can be achieved through class collaboration.

Insanity is trying the same thing over and over and expecting different results. Such is the madness of reformism. Time and again, reformist class collaboration has led to eye-watering defeats for the working class. It can be stated as a law of history that a reformist leadership will always lead to disaster. This is why a different kind of leadership is needed—a revolutionary leadership. It is no exaggeration to say that in the next historical period, the struggle between revolution and reformism will determine the fate of the entire human species. As Leon Trotsky explained, the crisis of humanity is the crisis of leadership of the working class.

Reformists are those who want to reform capitalism in some way or another—as opposed to overthrowing it. Lenin offered the following clear and concise definition:

Unlike the anarchists, the Marxists recognise the struggle for reforms, i.e., for measures that improve the conditions of the working people without destroying the power of the ruling class. At the same time, however, the Marxists wage a most resolute struggle against the reformists, who, directly or indirectly, restrict the aims and activities of the working class to the winning of reforms. Reformism is bourgeois deception of the workers, who, despite individual improvements, will always remain wage slaves, as long as there is the domination of capital.

The liberal bourgeoisie grant reforms with one hand, and with the other always take them back, reduce them to naught, use them to enslave the workers, to divide them into separate groups and perpetuate wage slavery. For that reason, reformism, even when quite sincere, in practice, becomes a weapon by means of which the bourgeoisie corrupt and weaken the workers. The experience of all countries shows that the workers who put their trust in the reformists are always fooled.

There are many kinds of reformists, though most of them don’t have a worked-out program or even think of themselves as such. They tend to see themselves as highly “pragmatic” and “realistic” and believe they can somehow “outmaneuver” the capitalist beast and its state. They are knocked first one way and then another by opposing class pressures, groping blindly through the minefield of capitalist contradictions—until they are inevitably blown sky-high by events. 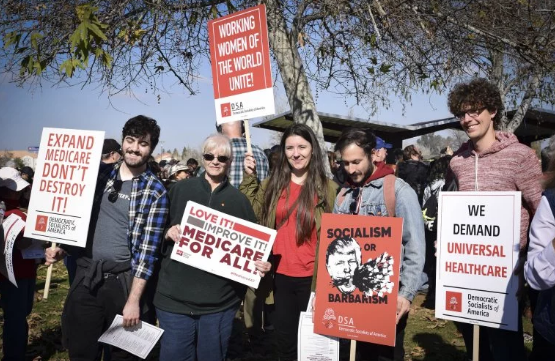 Reformist think it’s possible to gradually “grow over” from capitalism to socialism without a revolution / Image: Flickr, ufcw770

Some reformists are sincere in their desire to achieve socialism. However, they think it’s possible to get there by somehow, gradually, “growing over” from capitalism to socialism without a decisive break with the system—without a revolution. Then there are those who see no alternative to the system and think the capitalists and their state are unbeatable. With no confidence in the working class’s ability to carry through a socialist revolution, they limit their horizons to merely lightening the chains of wage slavery. Still others cynically aim to save capitalism from itself, consciously striving to cut across the socialist revolution, which threatens to subsume the entire system like a tsunami. They propose modest reforms or even call themselves socialists to derail the mass movement and keep it within channels that are safe for the system.

This is all further complicated by the fact that the US has never had a truly mass working-class political party, let alone a mass socialist party. What we do have, however, is a tradition of both left and right populism. In recent years, this has been expressed through the twisted wreckage of the two main capitalist parties. All of this makes American politics particularly bewildering for those without a Marxist compass to guide them.

Let’s be clear: the Democratic Party is not reformist in any scientific sense of the word—it is a capitalist party through and through. But some reformists, at both the elected and activist levels, think it is possible to transform it into a reformist socialist party. Unfortunately, convincing people that this is a time-wasting and demoralising dead end isn’t as simple as quoting Lenin, especially when there isn’t yet a positive example to fill the void. Only experience and patient explanation can teach these lessons. But make no mistake—the working class is learning, and it is learning quickly.

Building a mass, class-independent party is the chief political task confronting American workers in the immediate historical period. But forming such a party will merely be the first step. Whatever convergence of social forces leads to its formation, the future mass workers’ party will almost certainly start out as reformist, even if it calls itself “socialist.” If it comes to power but remains committed to reforming capitalism, it will inevitably fail and prepare a big swing to the right. Such is the price of reformism! But failure is not a foregone conclusion. 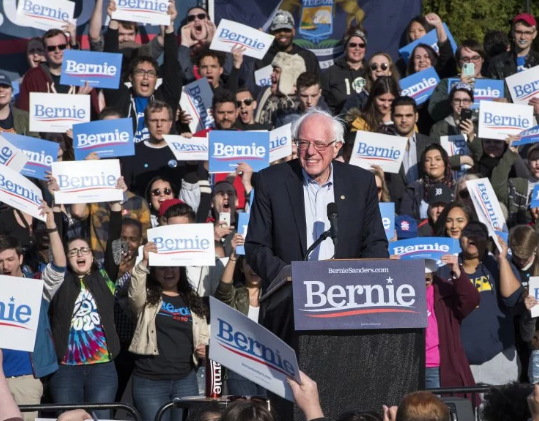 Some reformists, at both the elected and activist levels, think it is possible to transform the Democratic Party into a reformist socialist party / Flickr, Image: Dell Deaton

The struggle over the party’s future will be a battle of living forces—and the Marxists will fight tooth and nail to win its members to a revolutionary program and perspective. In the process, even if we don’t succeed in changing the content of that particular formation, we will have gained a much wider audience and won thousands of supporters to our program, putting us and our class in a much stronger position to build a party that can eventually win the majority of American workers to socialist revolution.

One thing is certain. The fact that we must contend with reformism on a mass scale is an extraordinary development reflecting the deep impasse of the system. Unfortunately for the reformists, you can’t have reformism without reforms, or at least, not for very long. There is no basis for reformism in an epoch of counterreforms. The workers want concrete action and deeds. They have had enough and want significant improvements in their lives—not half-measures and false promises.

So there are reformist individuals, programs, and parties, falling on kind of a spectrum. Whether they are cynical or sincere, Left reformists or Right, or whether they hope to “evolve” capitalism out of existence or to save it from itself, all of them will be tested by events and by the masses and will be found wanting.

The fundamental dividing line between reformism and revolution is the line between class collaboration and class independence. Whether naively or duplicitously, reformists blur the lines between the classes and think they can square the circle. Terrified of their own shadows, they shy away from direct confrontation with the capitalists. Revolutionary Marxists, on the other hand, not only recognise the class divide but do everything possible to emphasise and exacerbate it. We propose bold measures that tackle capitalist property relations head-on to improve the lives of the majority.

Marxists represent the embodied historical memory of the working class, the generalised theoretical and practical lessons of past victories, and defeats. Our task is to widen the cracks in the system until it breaks apart, not to patch it together—which is what the reformists do. However, at present, the reformist leaders have the ear and trust of the masses, and the revolutionaries are a tiny handful of individuals scattered around the world, not yet deeply rooted in any particular city, region, or industry. To turn this situation into its opposite, revolutionary socialists must find a road to the working class, starting with individuals and then the more advanced layers. 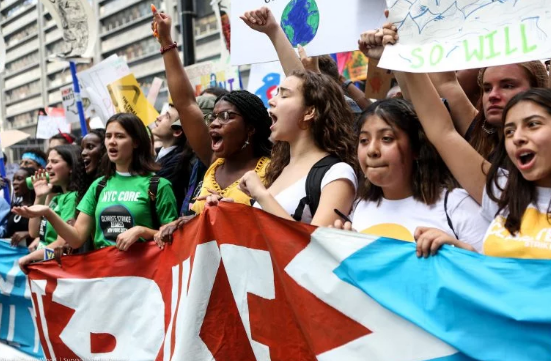 Because, despite the betrayals, the exploited and oppressed of the world have no alternative but to try again and again to find a way out of the quagmire of capitalism. The workers and youth cannot wait until the revolutionaries get their act together before they move into action. And workers in poorer countries cannot wait until revolutionaries in the advanced countries get their act together before they try to claw out of their misery.

The US working class and youth will not be far behind our sisters and brothers around the world. The “molecular process of revolution” is percolating here as well. Already we can see the rising struggles of unionised workers and the magnificent youth movement to fight climate change. As we follow the exhilarating events erupting around the world, we should never forget that we are looking at our own future—although revolution, counterrevolution, and reformism will clash with all the peculiarities and contradictions one would expect from a country like the US.

World capitalism as a system reached its expiration date a century ago. It could—and should—have been overthrown by now. The only reason it’s still around is precisely due to the reformists. That’s an extra century of capitalist wars, exploitation, oppression, and environmental degradation that humanity has had to suffer.

This is not merely a theoretical or historical question. Reformist ideas are not only utopian but deadly dangerous, as they distract and derail from the fundamental task of uprooting capitalism once and for all. With the question of climate change thrown into the mix as an accelerant, the clock of history is ticking faster than ever. What is “practical” or “possible” within capitalism is not enough to save us from the catastrophe the system has in store for us economically, socially, and environmentally. It is not a matter of maintaining the status quo indefinitely, with socialism as a nice possible “bonus” option—it is literally the choice between socialism or barbarism. We know which option the majority of humanity will choose.