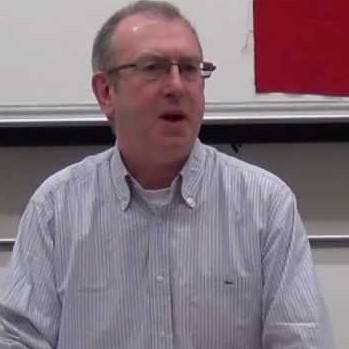 Join Rob Sewell of the International Marxist Tendency—editor of Socialist Appeal (UK), author of Germany: From Revolution to Counterrevolution, member of National Union of Journalists, and main organizer of the Anti-Poll Tax protests that led to Margaret Thatcher's resignation—for two public events in the US as part of his 2014 North American tour.

In Pittsburgh, PA, Rob will speak on the importance of the ideas of Marx and Engels on the development of philosophy and why their ideas are still relevant. In developing dialectical materialist philosophy, Marx and Engels discovered a revolutionary new way to approach history, economics, politics, science, and much more. Their influence is felt in nearly every field today. But, as Marx pointed out, "the philosophers have only interpreted the world, in various ways; the point is to change it." Rob will discuss why these ideas aren't merely of interest to academics but for anyone interested in the fight for socialism.

Room 540 of the William Pitt Union,

In New York City, Rob will speak on fascism, covering the early incarnations in the 1920s and 30s, up to today. Much of the left is quick to raise the alarm about impending fascism—but does the material basis for the existence of a mass fascist movement exist anymore? Rob will cover the specific conditions that allowed the Nazis to take power in the 1930s, and what threat groups like Golden Dawn in Greece represent and how the working class movement worldwide can fight and defeat fascism.

Fascism—What It Is and How To Fight It | NYC