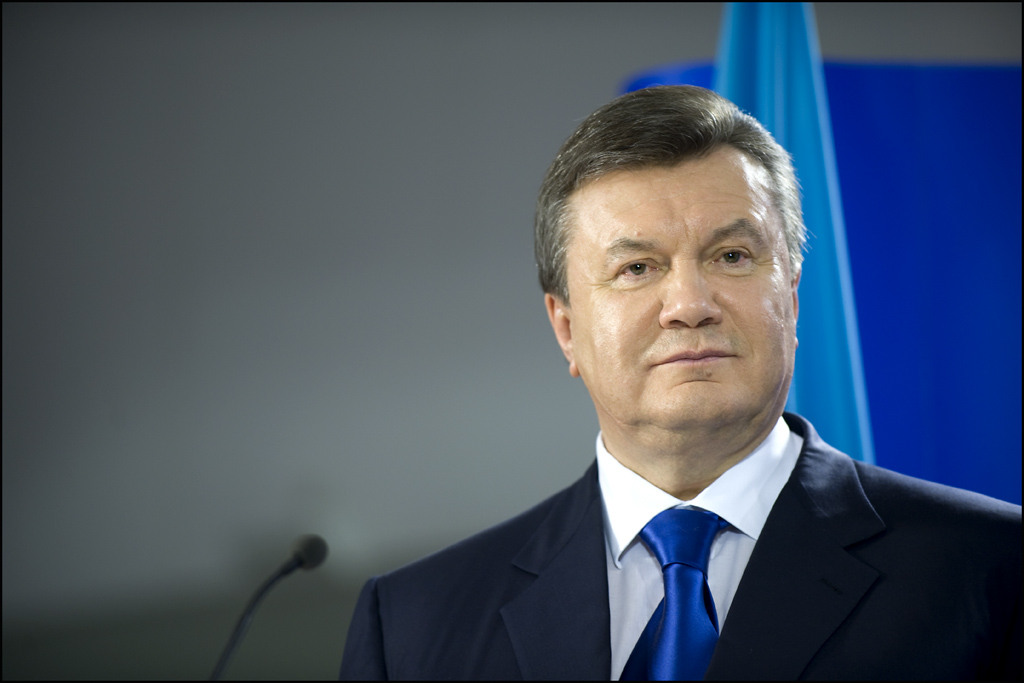 The Ukrainian Parliamentary Elections were recently held, and with the almost complete results showing the ruling “Party of Regions” in first place at around 31% of the votes. They are followed by a bloc of opposition parties known as the “Fatherland”, formed around the jailed former Ukrainian Prime Minister Yulia Tymoshenko, taking 25% of the vote.

The Communist Party of Ukraine, who won just over 5% in the previous elections received almost 14%. The newly-formed party of the Ukrainian heavyweight boxing champion Vitali Klitschko, “UDAR” gained around 14% and the right-wing nationalist “Freedom” were at almost 10% of the votes. The turnout for this race was 58%, falling another 4% from 2007.

The 450 member parliament in the capital Kiev is where the government legislation in Ukraine is discussed and passed. The 2012 parliament deputies were elected 50% from party lists and 50% based on individual constituencies. A party is required to attain at least 5% of the popular vote to be able to have deputies in the parliament.

The Party of Regions continues to be the largest party in the Ukrainian parliament and are the party of the current president Viktor Yanukovich. They are financed by a group of oligarchs based in the coal-rich Donbass area who take up a majority of the party lists. The oligarchs made their wealth through privatization of Ukrainian industry in the 1990s, which has allowed them to dictate the direction of Ukraine’s politics ever since. The party’s message was clear in its slogan, “economic growth and stability”, meaning growths of their own bank accounts and stability for their oligarchic regime. The party is known for encouraging participation in their voting process by distributing bags of barley in markets in exchange for votes. In the run up to the elections the streets of Kiev were festooned with Party of Regions posters, significantly more than other parties according to observers.

Fatherland is a bloc led by Yulia Tymoshenko, a former Prime Minister who finished in 2nd place in the presidential elections in 2010. Tymoshenko faced corruption charges from her time as Prime Minister and was jailed last October in a trial considered by many in and outside Ukraine a farce. The political nature of the trial was evident, with the judges clearly eager to please the ruling oligarchy with a speedy jailing of their primary opponent. This is not to say that Tymoshenko has not been involved in shady business herself. Her own rise to oligarch status while holding prominent positions in the Ukrainian energy sector in the late 1990s has been well documented by sources within the Ukraine and abroad. These issues seem to have been forgotten by the western media in recent times, as they are eager to pander to her message as fighting the corruption and political domination of the oligarchs since Ukraine’s independence. There is a certain irony in the prosecution however, in that most of the Ukrainian deputies would be in prison currently if the enforcement of laws against political corruption were anything but a political manoeuvre.

Although presenting itself as the anti-oligarch alternative, the Fatherland bloc differs very little from the Party of Regions in terms of policy. The two parties more or less uphold the neo-liberal policies that have been adhered to by previous Ukrainian governments. The Fatherland bloc itself boasts a significant number of wealthy oligarchs on its list as well as former ministers who had no problems carrying out the policies of previous governments, such as Arseniy Yatsenuk. He and his party “Front for Changes” joined Fatherland just prior to the elections. The Fatherland’s claim to be defenders of the Ukrainian language and culture really holds little ground when you consider that they have nothing new to propose in terms of improving education or providing other social spending.

A party that has taken the Ukrainian populist message to another level has been Svoboda, or “Freedom” Party. They promote a policy that is openly Ukrainian ethno-centric and racist to other cultures. Their election result was an unprecedented success in the history of the party. They are supported by many small to medium business owners in western Ukraine who view the oligarchy in power as “Russians” and “Jews” who are the main competitors to their own prosperity. The shocking statements of the party leader Oleh Tahnybok echo this form of populism that presents every problem for Ukrainians as a result of external forces. This is similar to the right-wing populist parties seen in France and Greece in recent times, who present the problems of capitalism as a “virus from outside”, ignoring its inherent contradictions and the resulting systematic violence on the people.

The allusion to physical violence against the oligarchy was as the centre of the platform of UDAR, the party led by respected boxing champion Vitali Klitschko. The name of the party itself means “strike” in Ukrainian. Klitschko threw himself into Ukrainian politics several years ago when he ran unsuccessfully for mayor of Kiev. Klitschko proposes a model similar to that of EU countries in his vision for Ukraine, something similar to the program proposed by discredited former president Viktor Yushenko and Yulia Tymoshenko. Similarly, he stresses stimulating economic development by lowering taxes as the key for Ukraine to achieve the same standard of living. The government of Ukraine already has substantially lower taxes than countries in the EU and is struggling to keep what remains of their already underfunded social programs amidst the current economic crisis. His strategy for tackling the rampant corruption in Ukraine seems to be based on being a physical threat to his fellow deputies. While it is more than likely the 2-metre tall Klitschko could defeat every single deputy in physical combat (a prospect that understandably echoes very well with the Ukrainian public), his program offers little more than the pro-western neo-liberalism that Ukraine has seen before.

Resurgence for the Communist Party?

Coming in just ahead of UDAR was the Communist Party of Ukraine, almost doubling their votes from the previous elections. Success in the parliamentary elections is nothing new for the CPU who won the elections by a wide margin in 1994 and 1998. However, instead of defending the ideas of communism or the welfare state in Ukraine, the party adopted a collaborationist policy with the oligarchs who were increasing their power. The leaders of the CPU were happier with their lifestyle as deputies in the new system than defending the Ukrainian working class which was getting trampled by the oligarchy with privatizations, rising prices as well as wage and pension cuts. They were discredited in the eyes of most Ukrainians and their results in subsequent elections reflected this.

The policy of the party does not seem to have changed recently, as they formed a bloc with the ruling PoR allowing them ministerial positions and increasing their political funding considerably. The leadership also continues to defend many atrocities committed in the old USSR under the leadership of Joseph Stalin, further discrediting them among people across the country. The situation was not so simple, however, as leader of the independent union “Defence of Workers” Oleg Vernyk explains: “In many regions in the east, CPU candidates ran against PoR candidates, forcing the CPU leaders to adopt more left positions to gain votes. The CPU even stood for the re-nationalization of the largest companies in Ukraine, as well as abandoning the previous line of seeking a union with Russia. They were even able to appeal to many youth in eastern Ukraine.”

Many media sources have reported the fraudulent nature of the recent elections as being a step back for Ukrainian “democracy”. The reports indicate a massive amount of media coverage for the ruling party, the bribing of deputies from other parties, the secrecy of the counting process as well as several other issues. These reports are very likely to be true as this is something that has been documented in every previous Ukrainian election. So one has to ask, what is this a step back from? How different was this election from the previous one, that had the same incidents, and the same parties winning votes based on how much money they could put together for publicity, bribes etc.? The allegations focusing on simple vote rigging miss the point that a major part of the election results is decided by capital before any speech is made or vote is cast. One has to understand that the Ukrainian elections under a capitalism system will always return to the same kind of farcical situation. This is reflected in the fact that 42% of Ukrainians decided not to even bother voting, and this number is growing year by year.

Where is Ukraine going politically?

The results of the elections indicate a  continuation of the status quo, with control firmly in the hands of the PoR and the Ukrainian oligarch elite that they effectively stand for. The opposition parties, Fatherland, UDAR and Freedom are expected to form a coalition in parliament to oppose PoR and the CPU. These alliances, as we have seen before, have nothing to do with principles and everything to do with political opportunism. The low turnout reflects the fact that as each year passes the Ukrainian public understands this more and more. Even among the voters, it is very likely to find people who voted against some party rather than for one.

The surprising success of the CPU, despite its opportunist tactics and ridiculous historical positions, shows they were still the only major party to have re-nationalization of state industry on the agenda. The privatization of state industry since independence has had a terrible effect on the working people of Ukraine, who are seeing increased unemployment, losing pensions and enjoying a lower standard of living. At the same time the oligarchs ruling the country have enriched themselves and are hoping to legitimize their power. As author and professor of Russian studies, Stephen Cohen has pointed out, if a referendum were held in post-USSR countries on the re-nationalization of state industries, it would have an overwhelming majority of support.

The working class of Ukraine yearn for a political voice that will stand for their interests, and put up an opposition to the oligarchy. The vacuum is there, but this will not happen on its own or through mere physical violence as implied by Dr. Klitschko. The CPU has an opportunity to represent the working class and win many youth over to socialism. However, the leadership’s unprincipled policies and preference for making alliances with the ruling class greatly hampers this. The time has come to build around the trade unions and local organizations to make a serious show of protest against the political system in place. Without a serious effort in this direction, the prospects for the next election will be much the same.