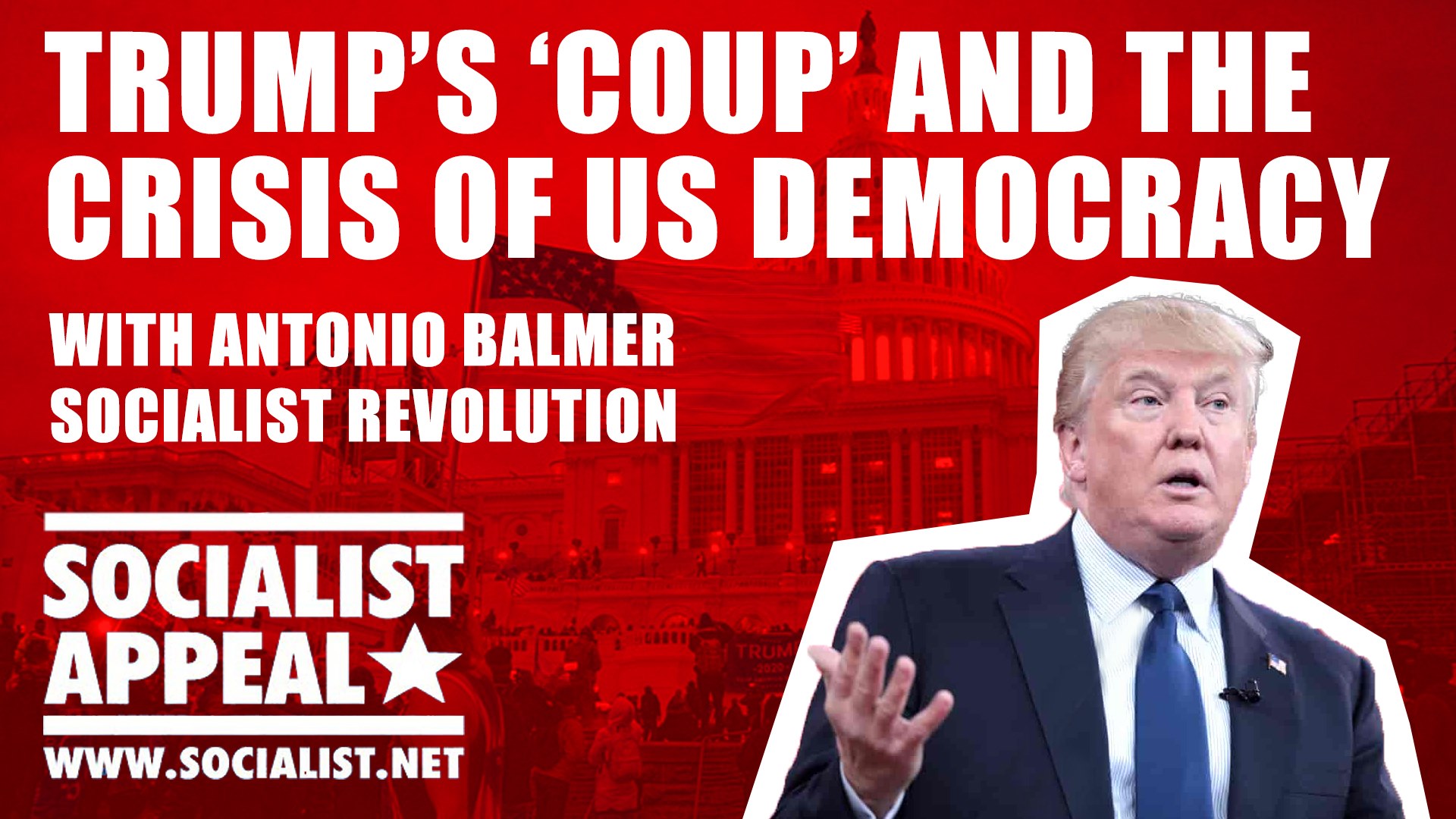 In this recent talk to Socialist Appeal supporters, Antonio Balmer (from the Socialist Revolution USA editorial board) discusses the recent dramatic events in Washington, which are yet another symptom of the decline of American capitalism – and a harbinger of revolutionary explosions to come.

The storming of Capitol Hill by a mob of Trump supporters on 6 January is a graphic illustration of the deep crisis gripping US capitalism and the whole system of American bourgeois democracy. The fact that these unprecedented events can occur within the 'belly of the beast' has sent shockwaves across the world, undermining the very foundations of US imperialism.

Similarly, this extreme political polarisation to the right will embolden and radicalise those on the left. This 'insurrection' has exposed the fragility of the capitalist state, bringing the police and the army into question once again.

At the same time, as Antonio explains, Joe Biden and the Democrats offer no way forward for workers and youth in the USA. The working class needs its own party – a mass socialist party that will fight to transform society. We must build the forces of Marxism with urgency, and prepare for the titantic struggles that are coming.