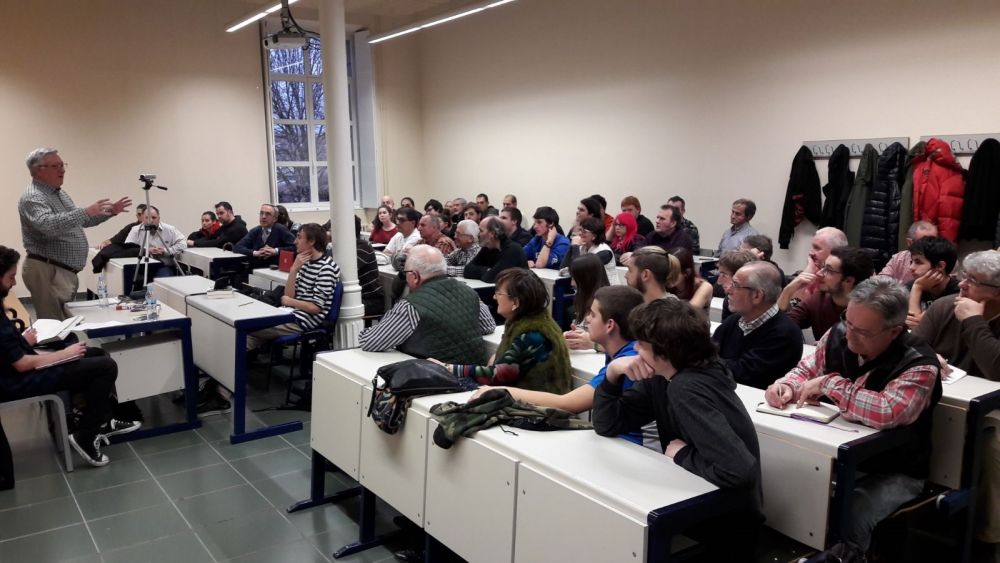 On November 29, a meeting was held in Vitoria-Gasteiz to mark the centenary of the Russian Revolution and to launch the Spanish edition of Stalin, by Leon Trotsky, which has been published by Lucha de Clases. The meeting was addressed by Alan Woods from the International Marxist Tendency.

The meeting was held at the Alava campus of the Basque Country University (UPV) with the presence of of about 70 people, mainly students but also with the presence of worker activists from some of the most important local factories, like Arabuto, Aernnova and Mercedes Benz.

In his introduction, Alan Woods, sharply rebutted the lies of the ruling class about the Russian revolution. Linking this with the Stalin book, he also explained how a genuine revolutionary process like that of 1917 suffered a bureaucratic degeneration which eventually led to its collapse. Many rich lessons can be drawn from these processes, as Alan explains in the video below: