Cuba
Share
Tweet
Now that the Havana Book Fair is over we can give a general overview of the event. Over half a million people attended, and for the second year running we, the Spanish Frederick Engels Foundation, were there with our publications. Again there was keen interest in Trotsky’s works. The Cuban edition of Reason in Revolt is selling very well, and there are plans for a Cuban edition of Alan Woods’ book on Venezuela. 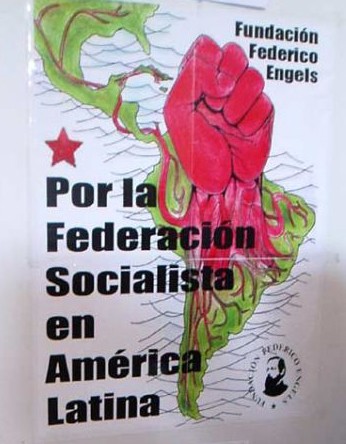 We have not yet received the final figures of attendance for the 2006 Havana International Book Fair, which has reached its 15th year, but it is clear to us that even more people than last year’s half a million went to the huge Book Fair situated in the picturesque La Cabaña fortress overlooking the bay of Havana.

The immense popularity of the Fair is itself a living proof of one of the main conquests of the Revolution. Cubans are a highly educated people and are rightly proud of their cultural level in a country that made eradication of illiteracy one of their main achievements. The Book Fair has grown massively, from a small event in Havana 15 years ago to a huge event attracting millions of people and touring 35 cities around the island.

For the second year running the Spanish Frederick Engels Foundation (FFE) was present with a stand. Once again, our presence there was in breach of the “cultural embargo” decreed by imperialism and supported by the Spanish Federation of Publishers (which sees no problems in attending book fairs in countries with repressive and dictatorial regimes like Morocco). Our presence there was therefore also a statement of solidarity with the Cuban Revolution and of opposition to imperialism.

Our stand was presided by the joint pictures of Leon Trotsky and Che Guevara, who made of La Cabaña fortress his first headquarters when he entered Havana in January 1959 after the victory of the Cuban Revolution. We also had two big posters of the FFE designed specially for the Book Fair, calling for a Socialist Federation of Latin America. The stall attracted a lot of attention.

As was the case last year, the material that attracted most attention were books and pamphlets by Trotsky or about his life and ideas in the Spanish language. Apart from The Permanent Revolution and The Revolution Betrayed, we were selling a number of other works by Trotsky, including the recently republished Terrorism and Communism and 1905. Many people commented that they had always heard negative comments on Trotsky but had never had the chance to actually read anything by him.

Interest in Trotsky’s ideas was also shown by the fact that we sold out of the 140 copies we had of an A2 size poster of Trotsky with an extract from his political testament. We had brought the poster because of the interest it had generated the previous year, but we never thought we would sell so many! Our global sales were up by more than 50% from last year, and a number of titles were completely sold out, particularly Trotsky books, and Alan Woods’ pamphlet Stalin, 50 years since the death of the tyrant.

Apart from Trotsky, the other issue that attracted people to our stand was the Venezuelan revolution. Alan Woods’ book on the Bolivarian Revolution was our best seller showing the keen interest that the Venezuelan revolution has generated in Cuba. Venezuela was this year’s guest country and president Chavez was present at the opening ceremony. The presence therefore of Venezuelan ambassador Adán Chávez at the launch of the Cuban edition of Reason in Revolt was a major event of the Book Fair and it was widely covered by the Cuban and Venezuelan media.

The Ciencias Sociales publishing house has now expressed an interest in publishing Alan Woods’ book on Venezuela in a Cuban edition. They also told us that Reason in Revolt has been selling very well and that they were considering a second edition. 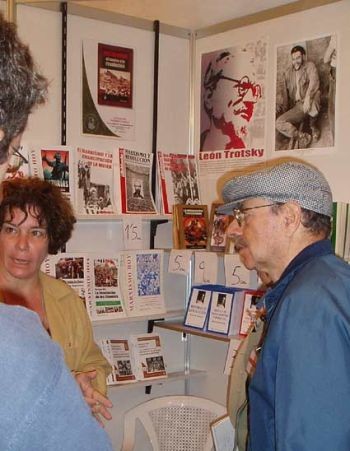 Celia Hart and James Petras
Cuban Communist Celia Hart also accompanied us on the stand a number of days. Her book Apuntes revolucionarios - Cuba, Venezuela y el socialismo internacional (Revolutionary Notebooks - Cuba, Venezuela and international socialism), which has been published by the F. Engels Foundation, was our other best seller. In her articles Celia has opened the debate about Trotsky and his ideas in Cuba, and this is the first time that these articles have been published in book form and made available to the Cuban public. Another book by Celia Hart was also on sale at the Book Fair, Haydée, del Moncada a casa (Haydée, from the Moncada to home), which is a remembrance of her mother, Haydée Santamaria, the legendary revolutionary leader of the Cuban revolution who participated in the assault on the Moncada Barracks in 1953.

Among the many who came to the stand were veteran Cuban revolutionary Ydalberto Ferrera, active in the Cuban Trotskyist movement since the 1930s, and US-based left wing intellectual James Petras. Also presented at the Book Fair were some previously unpublished works by Che Guevara. These are collected in one volume called Apuntes Críticos sobre Economía Política (Critical Notes on Political Economy). Some of the texts had never been published before and contain a devastating criticism of the old Stalinist Manual of Political Economy published in the USSR.

Che Guevara wrote some of these texts in Prague on his way back from his experience in the Congo. His criticism of the USSR was also based on his experience as Minister of Industry and the debates he had had with Soviet advisers and his experience in the Soviet Union. He was particularly opposed to the policy of “peaceful coexistence” which he considered to be nothing more than “vulgar opportunism”. The publication of these texts is very important because it allows us to know more about the evolution of the thinking of Che Guevara in his last years. 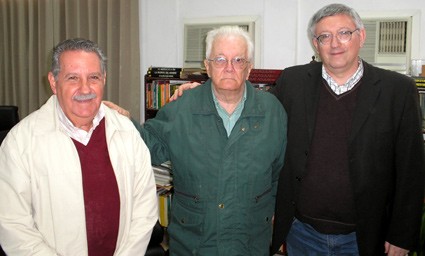 Another book that was published for the Book Fair is Del socialismo real al capitalismo real (From real existing socialism to real existing capitalism) a very interesting work by Ariel Dacal and Francisco Brown on the reasons and the consequences of the restoration of capitalism in the Soviet Union. The book, which contains a prologue by Alan Woods, explains how it was the old bureaucracy of the CPSU that restored capitalism and how they themselves became capitalists.

Apart from all the book launch meetings we held at the Book Fair and the universities of Havana and Santiago, we also had a meeting with Armando Hart, an historic figure of the Cuban revolution, now in charge of the Office of the Martí Programme, together with Rafael Polanco from the Sociedad Cultural José Martí. He was extremely friendly and insisted that a dialogue must be opened.

Someone who was very interested in the Cuban edition of Reason in Revolt was Dr. Fidel Castro Díaz-Balart, Fidel Castro’s son, who is a scientific advisor to the Council of State and a nuclear physicist. He insisted in getting Alan Woods to sign his copy. Again he was very friendly and expressed an interest in discussing more about issues of the relationship between science and socialism. He expressed regret that Alan had not been able to participate in a conference he had organised on this subject the previous week and presented him with a signed copy of one of his books on nuclear power. 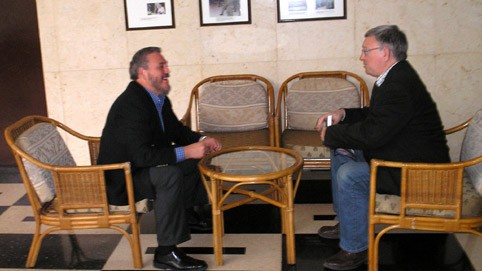 Fidel Castro's son and Alan Woods
In short, this was a spectacular success. We would like to thank all those who have made this visit possible, including the director of the Book Fair and all those working with her, the staff at Ciencias Sociales, and particularly Celia Hart who insisted we should be present.See also: