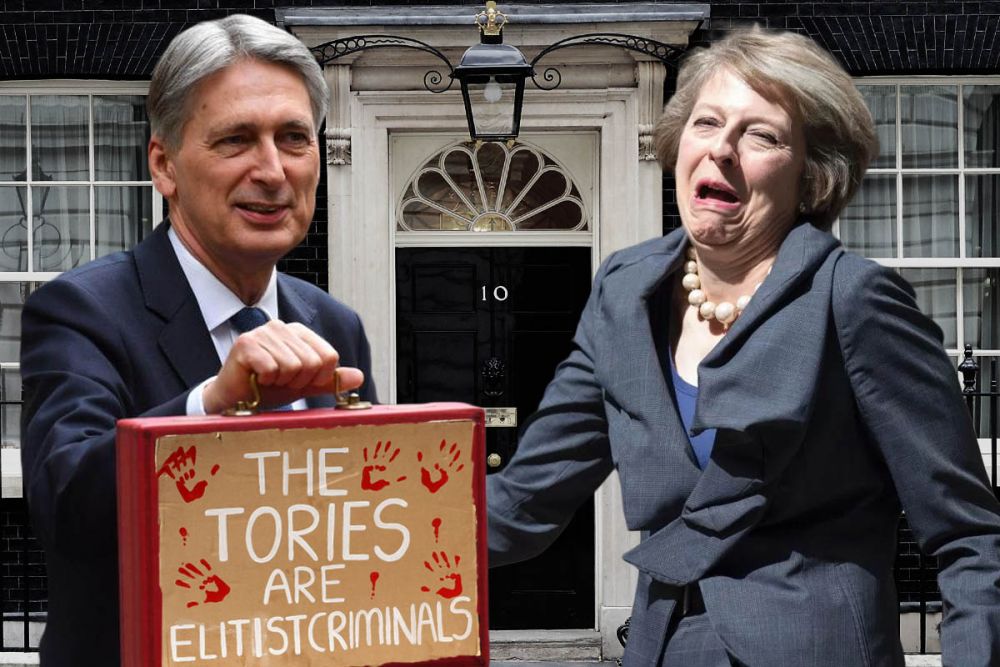 Britain - Chancellor Philip Hammond’s spring Budget was presented by the media as something of a non-event – unless you happened to be poor, reliant on public services, or self-employed on a zero-hours contract that is.

Most of the huge giveaways to the rich had already been announced in earlier statements, so Hammond was able to avoid mentioning these handouts again, even though they take effect in April. As usual, the Chancellor was also intent on hiding bad news behind a series of vague statements and promises that deliver far less than you think. Hence the announcement of an extra £2 billion for the NHS (including social care), with the minor detail only later let slip that this is for over a three-year period – nowhere near enough to solve the problems of a health service facing an acute crisis.

Cuts in public services are also still very much on the cards. Hidden away in the small print was the news that the Department for Communities and Local Government will see its budget fall from £8.2 billion in 2016 to £5.5 billion next year - a cut that tells its own story about the future of public services.

Workers who have been pushed into bogus self-employment or zero-hour contracts received nothing from this budget. Indeed, the self-employed will see class 4 NICs rise by 2% over the next few years – a tax that, along with other measures, will hit the self-employed to the sum of £2 billion. When Labour leader Jeremy Corbyn bought up the issue of those on zero-hour contracts, Tory MPs just laughed – getting a rebuke from the deputy speaker in response. Meanwhile, those on the so-called National Living Wage can no longer expect it to rise to £9 per hour by 2020. Instead a new target of £8.75 has been set.

Schools that have been badly hit by years of cuts - alongside the redistribution of funding to favour Tory shires over Labour inner-city areas - will also see nothing from this budget. Instead, funding has been announced for 110 new free schools, which can also operate as “selective” in their intake - i.e. picking middle-class kids rather than working class ones. The fact that the free schools programme has been plagued by endless failures and wild overspending is not a factor for Mr. Hammond it seems.

As Kevin Courtney, general secretary of the National Union of Teachers, rightly put it:

“School budgets have been cut to the bone, class sizes have increased, subjects have been dropped from the curriculum, materials and resources are scarce yet nothing has been done to address this very serious problem.

“Instead of tackling this crisis of their own making, we now learn that extra funding will pour into the opening of new free schools and grammar schools for which there is absolutely no need. Parents and teachers will be deeply dismayed at this flagrant and irresponsible waste of money.” Teachers’ unions must call for a bold militant response to this new scandal."

In the end, despite all the rhetoric from the Tories, this was a budget that will solve very little - even for the rich, let alone the rest of us. The grim reality of the state of the UK economy cannot be avoided by hiding it in the small print: earnings income down; GDP forecasts down; borrowing up by an extra £102 billion over the next four years; deficits still high, despite the Tories’ claim that this was the most important issue to solve; productivity still low; and so on and so forth.

The serious experts in the City know the country’s economy is currently at the top of the cycle and - with all the uncertainties surrounding Brexit, Trump, and world trade - will soon be falling like a stone. No bad jokes from the Chancellor can hide that nasty fact for the Establishment.

This was a bosses’ budget, by the rich, for the rich. The response must be to offer a bold socialist alternative and to fight to boot out this rotten government.