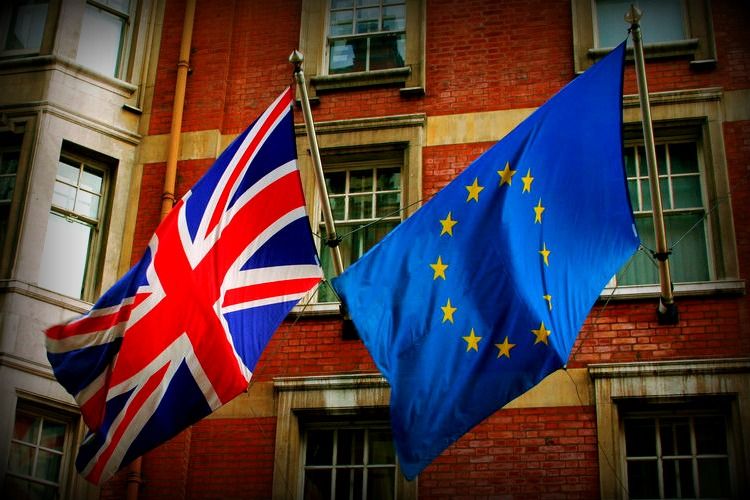 It is often said that the British Establishment, at the height of its imperial power, would plan for decades and centuries into the future, such was its confidence and control over its own destiny. In contrast, it has been noticeable in recent years how short-sighted the British ruling class has become - looking for short-term profits through financial alchemy and quick political fixes via risky referenda.

Pannick at the courtroom

The last couple of weeks have seen a thickening of the absurdity and confusion surrounding Brexit. After losing a case in the High Court in which the government argued that it could trigger Article 50 without parliament’s permission, Theresa May’s lawyers have appealed to the Supreme Court – the highest in the land – where they’ll probably lose again.

There is something farcical about watching lawyers and judges spending four days arguing about what politicians meant for the legal effect of a Brexit vote to be, when everyone knows that not a single politician expected or planned for the Leave campaign to actually win. All this court case is doing is highlighting just how unprepared the political and business Establishment is for Brexit.

One of the lawyers in the case is the appropriately named Lord Pannick, who is representing the anti-Brexit hedge-fund manager challenging the government over Article 50. For British capitalism, panic(k) is definitely on the order of the day.

Meanwhile, events in parliament have left the Tories rattled. Ex-Tory MP Zac Goldsmith’s grandstanding stunt to rehabilitate himself after his racist London mayoral campaign ended in Tory tears. After resigning from his safe Tory seat in Richmond in order to distance himself from the government’s Heathrow third-runway decision, Goldsmith stood again for re-election. But his hubris was quickly highlighted when his 23,000 majority was overturned by the Lib Dems, who have claimed it as a victory against the “hard” Brexit advocated by Goldsmith and other Tory MPs.

This result will only deepen the fissures in the Tory party, which have widened since the referendum. Those keen on a complete break with the EU were emboldened by the referendum result. Those who want a soft Brexit will use Goldsmith’s defeat as evidence that a hard line is a vote loser. Given the lack of unity in her party, it is not surprising that May has been seriously unwilling to set out her negotiating strategy in the Brexit talks. This is less a case of the Tory leader playing her cards close to her chest, than a fear that her colleagues squabbling threatens to tear all the cards to shreds.

This week the Tories were forced into accepting Labour’s demands to finally set out its negotiating strategy, largely because 40 Tory MPs were rumoured to be willing to vote with Labour over the issue in parliament.

With such a slim majority in the Commons, and so much confusion, anger and opposition surrounding Brexit, May has almost no room to manoeuvre at a time when breathing space is what she needs most. Even so, whatever strategy May reveals to Parliament is likely to be threadbare at best; manoeuvres, counter-manoeuvres, half-truths and spin are therefore still likely to be at least as high, if not higher, on the government’s agenda than the actual negotiating strategy itself.

Labour are far from free of the whirlwind of Brexit. The Richmond by-election showcased the two primary trends inside Labour at the moment – the right-wing and the soft-left. The right-wing argued that Labour shouldn’t field a candidate and instead form a “progressive alliance” to get the Lib Dems elected. What – one might ask – is progressive about voting for a party that breaks its promises, triples tuition fees, sanctions austerity and supports the Tories? The answer to this pertinent question still hasn’t been made clear by the Labour right.

The soft-left, meanwhile, were in favour of fielding a candidate, which was eventually done – but one who put forward the weak Labour line on Brexit: that “we want a Brexit that works for everyone, not just the millionaires”.

This soft-left position is that held by Corbyn – but what does it actually mean? Withdrawal from the EU into a more insular British capitalism can only mean the same austerity, cuts to healthcare, cuts to education, casualisation and inequality that we have already. British capitalism offers nothing more than European capitalism, and that would be the case under any government, no matter what its political stripe, as long as this crisis-ridden economic system is propped up and kept alive.

If Corbyn really wants a system that works for everyone, not just the millionaires, he needs to call for a fundamental change to how the economy works, not just in Britain, but across Europe and the rest of the world also; for a start, a programme of nationalisation of the banks and the land, along with an internationalist appeal to the European working class to do the same. That would be a truly socialist Brexit programme. Without a class-based position that tackles the root of the problems in society, Labour can’t really offer anything coherent on the question of Brexit.

Naturally this programme would be opposed by the right of Labour, who no doubt find themselves more comfortable with the idea of Tony Blair’s newly proposed “centre-ground” (read “right-wing”) policy think-tank. That way they could be unashamedly pro-big business and support as many Lib Dem parliamentary candidates as they like.

This week British industrial output suffered its biggest drop since 2012, after everyone had been expecting it to increase this month. This caused the pound to fall yet again, after the beating it had already taken as a result of the referendum result back in June.

But things are only going to get worse. The future of the Brexit economy looks bleak. One of the most important industrialists in Europe, Jacob Wallenberg, told the Financial Times this week that Britain is no longer a good country to invest as a result of the referendum vote. The National Institute of Economic and Social Research also published a report this week that said limiting migration into Britain will be a blow to economic growth.

All this is tying the government in knots. Several Tory ministers, including the Brexit minister and the Chancellor, have now said that they would be open to paying the EU a fee for continued access to the free market. This will surely enrage those Tories whose main gripe with the EU was its cost.

But the Tory government has put itself in this position by promising big businesses in Britain that their trading terms with the EU won’t change. For example, the business secretary recently sent a letter to Nissan, the car manufacturer, promising that it will be shielded from the impact of Brexit if it invests in its Sunderland factory. The government is now dodging a Freedom of Information request to publicly release the letter. This is presumably because it would show that the Tories are more willing to make promises about their Brexit negotiating strategy to big business than they are to parliament. Either that or the letter contains promises that the government has now realised it can’t keep. Either way, this is yet another sticky situation that Brexit has forced the Tories into.

Although the more serious elements of the British establishment are united in their wish to turn back the clock and undo the whole Brexit saga, a disproportionately large percentage of the capitalist media are rabid in their pro-Brexit stance.

As long as the Tories refuse to set out a clear negotiating strategy, the vacuum is being filled by whatever nonsense the Daily Mail and others decide to print about how Britain should withdraw from the EU. This is causing problems for Theresa May, who has realised that the ruling class in many EU nations get their news about Britain from the British press, which paints the British approach to Brexit as belligerent, to put it mildly.

Downing Street’s recent announcement that it plans to hold regular Brexit press briefings for foreign journalists in London is a move to try to counter this problem. And it is a stark indication of how bad the arguments and splits in the ruling class have become that the capitalists can’t even rely on their own media to accurately articulate their interests. As if all the domestic confusion wasn’t bad enough, the international situation further complicates the road to Brexit. Michel Barnier, the EU’s lead Brexit negotiator, announced this week that October 2018 would be the deadline by which the Brexit talks would have to be concluded. In a superb confirmation of this immense muddle, a Downing Street spokesperson said that the media reports of this speech were the first the British government had heard of such a deadline.

From now to October 2018 is a very short period within which the negotiations can take place, especially because the upcoming elections in Germany and France will distract these key European governments from the Brexit process for a few months.

To pile the pressure on even further, the rise of anti-EU populism across Europe in places like Austria, France, Germany, Italy and others will spur the European establishment on to punish the British ruling class for succumbing to Euroscepticism. They will want to hold Britain up as an example to those who think Marine Le Pen in France or the Five Star Movement in Italy offers a better alternative to the EU establishment. This was confirmed by Barnier’s comment this week that Britain’s position outside the EU will have to be measurably worse than its position inside it.

A sober appraisal of the current trajectory of British politics and economics must be enough to make the Establishment wish they were hallucinating. The referendum vote has sharply intensified crisis and instability at all levels, which has a logic of its own and is being compounded by parallel processes taking place internationally.

It has never been clearer that there is no route back to prosperity, stability and better living standards under capitalism - whichever way you turn chaos is staring you in the face. The way forward has to be something fundamentally different, and that is why we – the Marxists – are fighting for socialism.