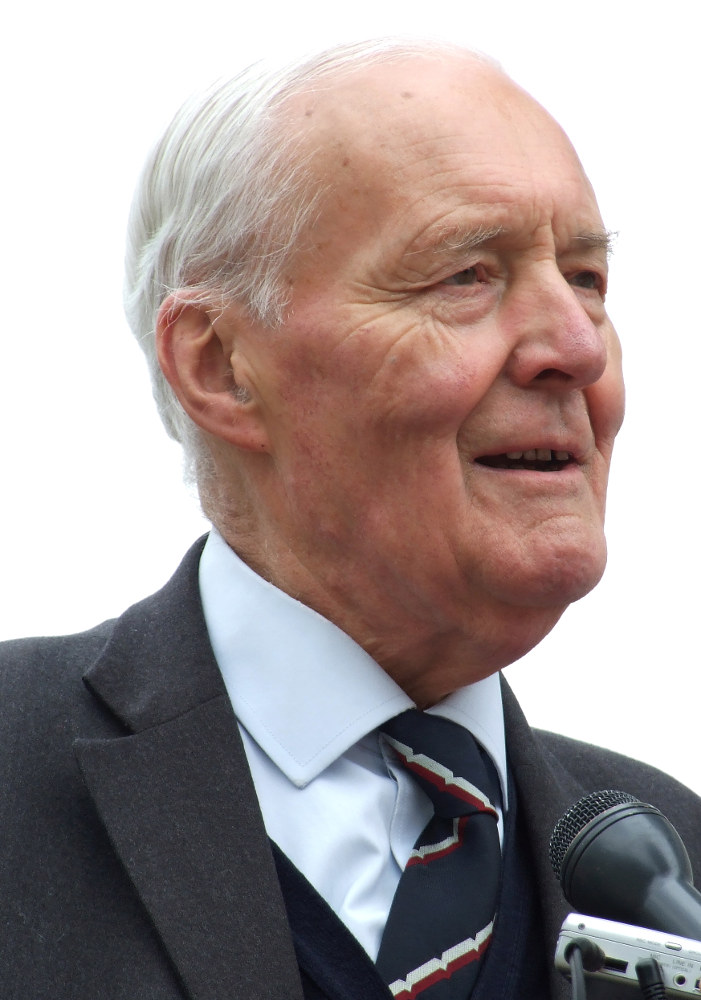 The death of Tony Benn after a long illness at the age of 88 marks the passing away of an outstanding leader of the British left. Although Tony Benn came from a very privileged class background – his father, Viscount Stansgate, was a Labour peer – he became the standard bearer for the left and the militant working class in the 1970s and 1980s.

Anthony Wedgwood Benn entered parliament in 1950 as Labour MP for Bristol South-East at the age of 25. He was forced to leave the Commons a decade later, when his father died and he inherited his title. After successfully campaigning to change the law, he renounced his peerage and returned to his seat three years later.

At first, Wedgwood Benn was traditionally on the right of the Labour Party and served as minister for technology, industry and energy under Harold Wilson. However his experience in government had a profound effect on him, which caused him to shift increasingly to the left.

Benn attributed his move to the left to four lessons:

“[...] These lessons led me to the conclusion that the UK is only superficially governed by MPs and the voters who elect them. Parliamentary democracy is, in truth, little more than a means of securing a periodical change in the management team, which is then allowed to preside over a system that remains in essence intact. If the British people were ever to ask themselves what power they truly enjoyed under our political system they would be amazed to discover how little it is, and some new Chartist agitation might be born and might quickly gather momentum.”

He concluded: "In Labour Governments we did our best to make capitalism work in a civilised way. And we failed. It never can work. It will always exploit and oppress the people.” This fact remains as true now as it did then. It should be burned into the consciousness of all those who are today faced with capitalist crisis.

A time of great upheaval and radicalisation

The fall of the Wilson government in 1970 and the election of the conservative administration under Ted Heath produced a widespread radicalism that permeated the labour movement, including the Labour Party. The attempt to introduce anti-trade union legislation by Heath led to a massive campaign of opposition, starting with the unions. The first half of the 1970s was characterised by deepening class struggle, with two national miners’ strikes in 1972 and 1974. It was a time of great upheaval and many even came to question the capitalist system.

I remember seeing Tony Benn at the Wales Labour Party conference in 1972 in Swansea, when he came to offer fraternal greetings from the National Executive. Before he spoke, I had moved a resolution calling for a Labour government to introduce socialist policies to nationalise the commanding heights of the economy under workers’ control and management. I said that “we did not want simply the crumbs, we wanted the bakery!” Benn, in his speech said that that would be a great title for a Labour manifesto!

This wasn’t as far-fetched, as it seemed. The NEC of the Labour Party had itself moved further to the left and had proposed that a Labour government should nationalise the top 25 companies, which caused hysteria in the press. It indicated the growing pressures from below.

Benn became the leader of this left-wing movement, later personified as Bennism. He was by far the most intelligent, cultured and far-sighted of the Labour lefts. He was extremely well-read and began to take an interest even in Marxism. I remember we even gave him a copy of Trotsky’s ‘History of the Russian Revolution’, which he read. He often spoke at meetings and rallies of the Labour Party Young Socialists, which was dominated by the Militant Tendency.

Clearly, given his evolution, Benn had the potential to move even further to the left on the basis of events. The figure of Largo Caballero comes to mind, the Spanish working class leader, who started out as a minister in the Primo de Rivera dictatorship, but under the impact of events shifted dramatically to the left.

Tony Benn was supportive of the Young Socialists, of which I was a national committee member, and we mobilised busloads of youth at election times to canvass for him in Bristol South East. He came out in support of Andy Bevan, the chairman of the Young Socialists, when he was selected as Labour’s full-time youth organiser, when the right wing and the Transport House bureaucracy were attempting to sabotage his appointment.

Splits and witch-hunts in the Labour Party

By 1980, the victory of Thatcher and the fall of the Callaghan government had given way to massive discontent in the labour movement. The left campaigned for democratic reforms to make the leadership and MPs accountable through mandatory reselection and the setting up of an electoral college.

This was a dangerous time for the ruling class. The Labour Party, firmly in the hands of the right wing, was an important prop of capitalism, and big business were desperate to block this dangerous shift to the left. “… the Labour Party has become a threat to the constitution, both in opposition and in government”, stated the former Tory minister Ian Gilmour. “Extremists have penetrated it at every level, and swung it violently to the left.”

The danger that the Labour Party would fall into the hands of the “wild men” of the left was unthinkable. They therefore stepped up their witch-hunt against the Militant Tendency within the party, resting on the right-wing trade union leaders and parliamentarians. With this witch-hunt, they attempted to undermine the left as a whole.

The extreme right of the Labour Party, around Roy Jenkins, Shirley Williams and Bill Rogers, split away to found the SDP, which split the Labour vote in the 1983 general election and allowed Thatcher to win. Williams had written a diatribe against Marxism in the Guardian newspaper, but Tony Benn replied stating that Marxism was historically a legitimate part of the Labour movement.

The weakness of left reformism

Tony Benn, however, was not a Marxist. His views were left reformist and that was his weakness. For example, he had illusions in the United Nations, which was only a forum for the ruling classes of the world, together with representatives from the Stalinist regimes. It could never resolve fundamental conflicts, as experience showed. Because of this he was never able to formulate a fully worked out socialist alternative. Nevertheless, in spite of these weaknesses, Benn was very honest and principled, and stood by them when many others were abandoning ship.

In 1981, Tony Benn stood for Deputy Leader of the Labour Party and missed it by less than one per cent of the vote. The SDP traitors had stayed behind to cast their votes against Benn, before splitting away. This period represented the highpoint of Bennism, but things soon began to unwind. The objective factors that had supported the growth of the left began to fracture. The left reformists began to run for cover.

In 1983, the Militant editorial board was expelled from the Labour Party. Neil Kinnock had become Party leader, and although formally on the “left”, he became the stalking horse for the right wing. In fact, Kinnock led the witch-hunt against Militant and the Liverpool Labour council. He also refused to support Scargill and the miners in 1984-5 and championed the shift to the right, trampling on the left policies of the past. He downgraded the Party conference and undermined party democracy. Of course, despite his claims of making the Labour Party electable, he led the Party to defeat in 1987 and 1992.

Following suit, other “Bennites”, such as David Blunkett and Margaret Hodge, also shifted to the right at the speed of light, making their peace, first with Kinnock and then with Tony Blair, to ensure their ministerial careers. This reflected the weakness of left-reformism, which based itself on gradualism, which shattered in face of the general shift to the right in the 1980s.

The capitalist Establishment rewarded Kinnock for his dirty work with a seat in the House of Lords, a political asylum for Labour renegades.

Lord Kinnock is scathing in his comments on the death of Tony Benn. He attacked him as being “destructive” and “self-indulgent”, which is rich coming from a man who systematically betrayed every principle he had formerly stood for. It is no accident that he has been often referred to as a Ramsay McDonald figure. Benn’s contempt for Kinnock was summed up with his diary entry for December 1989: “Neil Kinnock yaps like a little dog at Thatcher’s heels and she kicks him aside.” 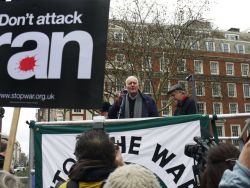 Tony Benn at a Stop the War rally, January 2012.
Photo: Alan DenneyBenn, of course, came out against the witch-hunt, despite his political differences with Militant. Nevertheless, while other lefts refused, he was prepared to speak at the Militant Rally in 1984 at the Wembley conference centre. While he defended the right of the Tendency to express its views, he nevertheless distanced himself from Marxism.

Losing his seat in Bristol South through boundary changes, Benn regained a seat in Chesterfield in 1984, the year of the miners’ strike, a cause that he championed to the end. He consistently supported many left-wing causes, such as the battle over rate-capping and industrial disputes such as the nurses, printers, and many others.

A brilliant communicator, Benn, during a TV interview, would often turn to the cameras so as to speak directly to the millions who were listening. As a result, he earned the hatred of the capitalist press. The Sun once described him as "the most dangerous man in Britain". Even today, the same media feels the need to criticise his past role. They remain frightened of Bennism and feel the need to exorcise the threat. “Benn was a divisive figure within the Labour Party because of his steadfast support for traditional socialism”, states today’s Guardian online. He was clearly “divisive” towards the right wing, but not towards ordinary workers in struggle.

Disillusioned with the shift to the right in the Party, Tony Benn left parliament in 2001, after the first term of the Blair government, to "spend more time on politics". His son, Hilary Benn, in complete contrast, supported the right-wing cause from the start. He became the Labour MP for Leeds Central and shadow secretary of state for communities and local government, and famously described himself as "a Benn, not a Bennite". This simply demonstrates that socialism is not genetic.

Outside parliament Benn was very active in the anti-war movement. As he got older, he tended to mellow somewhat, even making peace with the new Miliband leadership. He spoke pessimistically to one of our comrades, saying, “Oh, what a terrible world we live in.”

But we should not be pessimistic, as these crises internationally are a reflection of the death pangs of a dying system. It is a system in a complete impasse. Its revolutionary overthrow is posed in the sharpest manner.

A man of principle

Nevertheless, Tony Benn can be forgiven his weaknesses and given the credit for consistently standing up for working people and standing by his principles.

The Guardian revealed that some of Benn’s old ministerial colleagues from the 1970s and 80s privately made plain they would be making no public comment, reluctant to speak ill of the dead.

These characters deeply loath Benn’s principled stand because it sharply contrasts with their own stinking capitulation and careerism. We pay tribute to a remarkable man and his contribution. However, the struggle continues until capitalism is overthrown and we can look forward to a socialist future of prosperity and happiness. In this, Marxism will play an indispensable role.

Source: Tony Benn: an outstanding leader of the British left