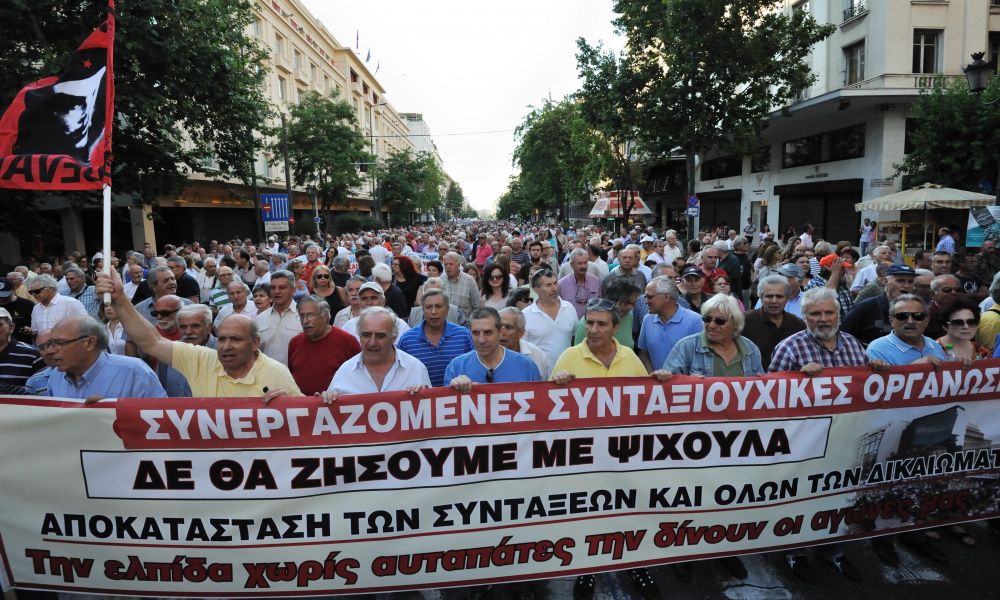 Thousands of workers, pensioners, self-employed, and youth took part in the demonstration at the centre of Athens that the Communist Party trade union front PAME organised and which was accompanied by a march to the Maximus Mansion (i.e., prime ministerial residence) thus expressing their opposition to the looming ‘Memorandum’.

The Communist Tendency of SYRIZA fully supports the demands of the demonstrators for “increases to wages, pensions, and benefits, the recovering of all losses [incurred by the people], the restoration of collectively bargained employment agreements, the abolition of all anti-labour laws, and for the meaningful protection of all unemployed”. The Communist Tendency also supports the call made by PAME for a general strike during the period that the Greek parliament will be debate the looming ‘Memorandum’. All trade unions and forces of the labour movement must collectively and actively prepare for such a general strike aimed at, other than the achievement of the above demands, the rejection of the looming Memorandum by parliament.