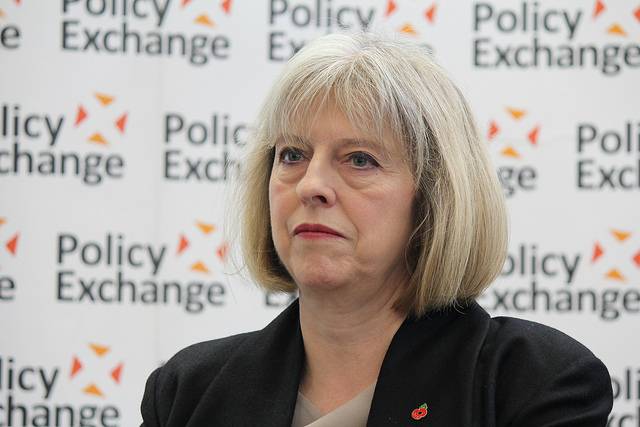 The British Prime Minister, Theresa May, has announced that the government’s agenda is “unashamedly pro-business”. Millions of Britons who are gearing up for Christmas must be in a state of shock at this earth-shattering news that a Tory government is an “unashamed” supporter of big business.

[Editorial of the latest issue of Socialist Appeal (Britain)]

All the previous talk of putting workers on boards and highlighting corporate greed has grated with big business, which is vehemently opposed to any such interference in their affairs. They are also fearful of a “hard Brexit”, described by Michael Gove as “a quickie divorce”. After Trump’s victory in the US, their nerves are on edge.

Mrs May is therefore on hand to reassure big business that all is well. A transitional deal on Brexit is possible, she purred. All that talk of “governing for the many, not the few” was pure bluff. She never meant a word of it. Surely we all know that the Tories will always rule on behalf of the rich and privileged. “We believe in capitalism. And we believe in business”, she boldly announced to the CBI, the bosses’ union. That is the meaning of Mrs May’s reassurances to Britain’s capitalists. She also raised the prospect of cutting corporation tax on business to a mouth-watering 15%, a “move” welcomed by her CBI audience. In addition, billions of pounds will be spent on new infrastructure to “get the country and business moving”.

“For if we support free markets, value capitalism and back business – and we do – we must do everything we can to keep faith with them”, preached our vicar’s daughter. “I want you to help me show those who feel let down, left behind or marginalised that we can respond. We can change.” Mrs May has certainly responded, with two million workers set to lose £2,100 a year from cuts to their Universal Credit. Meanwhile, welfare payments to the “left behind” Royals will rise by £369m of public money to repair Buckingham Place and keep these free-market parasites happy.

Heading for the rocks

But there is also a clear implication from Mrs May that the country hasn’t been really “moving”. More needs to be done. But things are not looking too good for Mrs May’s boys. Tax revenues are falling and the deficit is ballooning, while the government seems to be in disarray over Brexit.

The leaked memo by Deloitte revealed that the government has no overall Brexit plan and would need an extra 30,000 civil servants to deal with the complexities. The memo, dated 7th November, said that “divisions within the cabinet” were bedevilling Brexit preparations and that officials in different departments were being asked to work on 500 separate related projects. The whole thing appears to a shambles, as different ministers and government departments work against each other. The memo says big businesses could “point a gun at the government’s head” to secure what they want. Mrs May’s recent “unashamed” reassurances about being pro-big business means she has taken note of the armed threat.

The British economy, like the Titanic, is heading towards a giant iceberg. It is only being kept afloat by consumer spending. The services sector was responsible for all of the third-quarter growth in 2016, expanding 0.8%. The three other sectors — industrial production, construction and agriculture — contracted. While services are 12.1% higher than its pre-crisis peak, manufacturing is still 5.6% smaller than at the start of 2008 and construction 1.3% lower.

The crisis of British capitalism

More than three decades of deindustrialisation has undermined the position of British capitalism, reducing it to in effect a second rate power. This is a reflection of the special crisis of British capitalism, a complete failure of the ruling class to modernise and re-equip industry in face of increased competition. Instead they chose to rely on cheap labour, pushing the working class living standards down in the process.

With the 20% fall in the pound, inflation is going to rise significantly, reducing real wages further. Food price inflation will in particular squeeze those at the bottom. Helen Barnard, head of analysis at the Joseph Rowntree Foundation, said that, “The poorest fifth of people in the UK spend £1 in every £6 of their income on food, much more than middle-income earners, so a price rise will have a bigger impact on the household budgets of less wealthy families.”

With consumer spending being the main driver of growth, this squeeze on incomes must see a slowing down of growth. “The outlook for 2017 remains poor,” said James Knightley of ING.

Despite all the cuts, government finances are being squeezed. In fact, public sector debt will jump by £100bn this year, raising it from 83% of national income to almost 90% due to higher borrowing. Combined with the £100bn cost of leaving the EU, the future looks very bleak. “The burden of debt is set to decline more slowly than thought in March, leaving the UK economy more vulnerable to risks of another downturn”, explained the Financial Times.

It is not a question of being vulnerable; another slump is inevitable and the British economy will be hit very hard. Mrs May’s government will become as unpopular as Mrs Thatcher’s. This could produce a big swing towards Labour. But to benefit from this Corbyn will need to get rid of the back-stabbing Fifth Column in the Parliamentary Labour Party. Sooner or later these carpetbaggers will split away and stab the party in the back.

Labour will need to adopt a bold socialist programme to tackle the crisis. While its rejection of austerity is very positive, the talk of “reforming” or “taming” capitalism is a complete blind alley. Austerity is not a “choice”, like what cereal you prefer for breakfast, but flows directly from the capitalist crisis. It is not a question of “bad” capitalists and “good” capitalists, but the laws of capitalism that decide. It is these laws that dictate to governments and not the other way around.

The example of Syriza in Greece is a telling point. It put forward an anti-austerity programme, but as soon as it got into government it was faced with a choice of either expropriating the bankers and capitalists or making a socialist appeal to the workers of Europe or capitulating and carrying out vicious austerity. Unfortunately, the leadership of Syriza capitulated and is carrying out austerity. Support for the party has since plummeted. The idea that there is some nicer “reformable” capitalism as opposed to some nasty “neo-liberalism” form of capitalism is false through and through. In this epoch, there only exists capitalism in crisis. The system has reached its limits and is in a state of terminal decline. There is nothing else on offer.

There can be no solution on the basis of capitalism. Therefore, the only real choice facing the working class is the overthrow of this rotten system. This means taking over the 150 major monopolies, banks and insurance companies that dominate the economy under workers control and management. Only then can the economy be planned in the interests of the majority – those who produce the wealth of society. Harnessing he advances in automation and robotics, we could eliminate the problems of unemployment, homelessness, poverty and squalor. We could build a future of prosperity free from war, conflict and violence.

Stability has vanished and events are turning things upside down. The election of Donald Trump has been a wake-up call. The school of capitalist crisis is forcing millions to seek a real way out. Mrs May’s call to “restore their faith and prove that capitalism can deliver them a better future” will fall on deaf ears. The backlash is preparing revolutionary movements against capitalism everywhere. As Marx explained long ago, we have nothing to lose but our chains. But we have a world to win. Let us seize the opportunity.