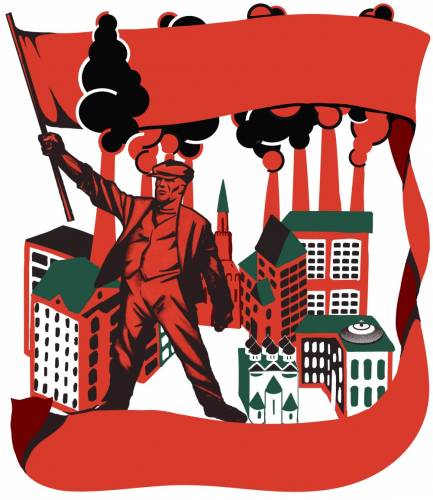 Not a wheel turns, not a lightbulb shines and not a telephone rings without the kind permission of the working class. But under capitalism, the means of production are the private property of the capitalist class: they own the machinery, the plants and the factories. The workers have no claim either to the instruments or the products of their labour, and they have no choice but to work in order to survive. This entire process is not planned according to social need, but operates anarchically to maximise profit for the capitalists.

In a few instances in history, workers have expelled their bosses and run their own workplaces under democratic control. In so doing, they learn that the parasitic capitalists are completely unnecessary. Workers already have the knowhow to run their industries, and are the basis for everything of value created in society. Trotsky explains that workers’ control of industry is a “school for planned economy”, allowing the workers to gain a scientific understanding of how the economy functions so that mankind can consciously and democratically plan production.

Therefore, through the experience of workers’ control, the working class prepares itself for direct management of nationalised industries under a planned economy. In revolutionary Russia, workers had direct, democratic control over production via the Soviets, but the objective conditions of backward, war-torn Russia limited the development of workers’ control. Under a socialist society, the entire economy will be democratically managed by the working class for the maximum benefit of mankind.