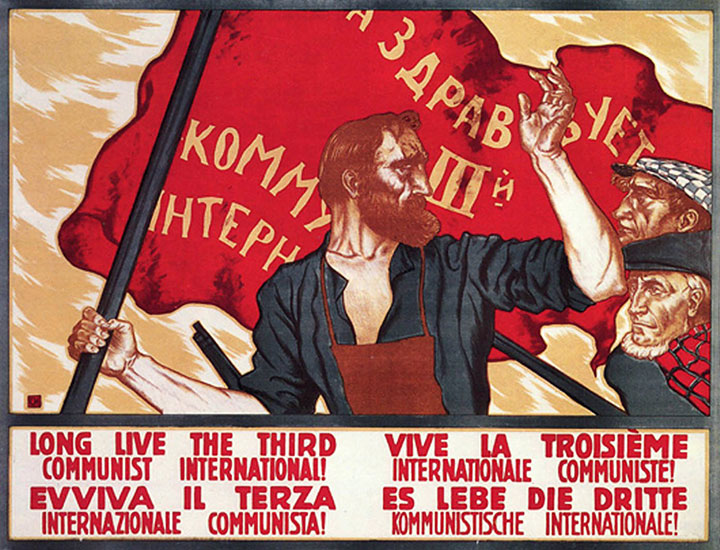 Socialism is international or it is nothing. Either it spreads globally or it succumbs to inner degeneration. The Bolshevik leaders were perfectly conscious of that possibility. That is why, while fighting for the very survival of the Russian Revolution, they dedicated so much time and energy to building the Communist International. Through this organisation they tried to pass on to the leaders of the newly formed Communist Parties the lessons of the Russian experience.

From its founding congress in 1919 through to the fourth congress in 1922, the International dealt with many key questions facing the Communist movement. The manifestoes and resolutions adopted in those congresses represent a treasure trove of Marxist theory, tactics and organisation, from how to work in the trade unions, to the national and colonial question, to the women’s question, to the tactic of the United Front and so on.

Ultimately, the degeneration of the Russian Revolution and the rise of the Stalinist bureaucracy put an end to the Communist International as an instrument of world revolution, and all its sections degenerated along national lines, as Trotsky had predicted it would do once it adopted Stalin’s theory of Socialism in One Country.

Nonetheless, the first four congresses stand as a school of revolutionary strategy with many essential lessons for today. Here we provide articles and videos that deal with different aspects of the building of the Comintern.