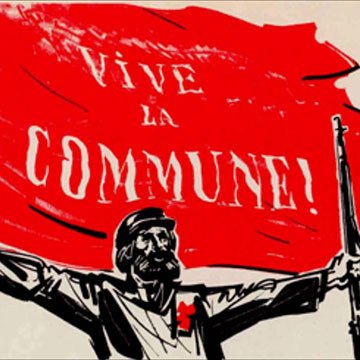 The Paris Commune is one of the most inspiring episodes in the entire history of the working class. In just a few weeks in 1871, surrounded by enemies, the working men and women of Paris demonstrated with brilliance that it is possible for the workers to run society democratically, without capitalists, bankers or even a standing army.

For the first time, albeit confined to a single city, we see the proletariat consciously organised as the ruling class. As Marx put it, the Communards “stormed heaven”. And to this day, the experience of the Commune contains essential lessons for Marxists as well as inspiration.

In the place of the old rotten state, with its corrupt parliament and bloated bureaucracy, the Parisian workers elected their own representatives by universal (male) suffrage. These members of the Commune, like all its officials, received no more than a workman’s wage. Those who failed to carry out their responsibilities to the workers’ satisfaction could be recalled at any time. Compare this to the ridiculous fraud of our so-called “democracy” today!

As in all great revolutions, women played a leading role in the Commune from start to finish. At the birth of the Commune on 18 March, it was the working women of Montmartre who disarmed the reactionary generals by fraternising with the troops. And in the Commune’s dying hours, women could be seen at every barricade, arms in hand, fighting for their class.

Isolated and overpowered, the Commune was defeated, and drowned in blood. But the spirit of the Commune lives on. It was to the Commune that the Bolsheviks looked when they led the workers to power in 1917, and it still provides a model for workers’ power today. What the workers of Paris began, we must complete the world over. Vive la Commune!