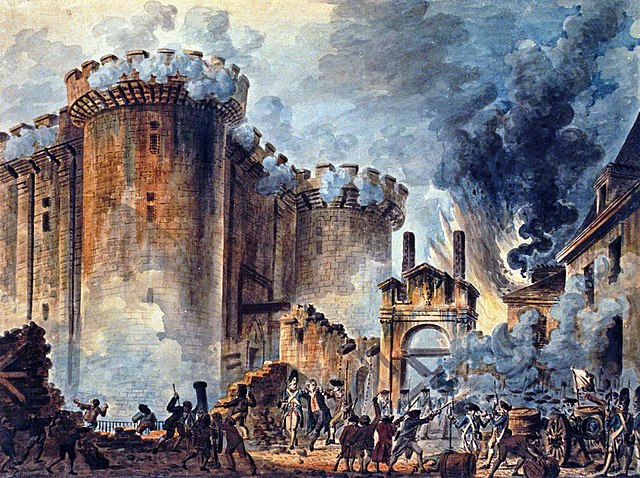 There are few episodes in the history of the class struggle so inspiring and so rich in lessons as the Great French Revolution of 1789-93. In just a few years the downtrodden masses of France toppled centuries of absolutism, carried out a complete transformation of society from top to bottom, and inscribed in flaming letters across the body of Europe: “Liberté, Egalité, Fraternité”.

Marx and Engels studied the Revolution carefully, and with good reason, as in these earth-shattering events the anatomy of revolution and counter-revolution are laid bare with almost surgical precision.

In the ascending phase of the revolution, the power of the masses was unstoppable. Against them neither impregnable Bastille, nor hallowed pulpit could make resistance. Overnight, the last vestiges of feudal oppression were torn up and tossed into the fire. King Louis XVI, the personification of the Ancien Régime, stood trial before the revolution, and was condemned.

At every turn, the masses carefully selected their leaders. All who prevaricated were swept aside. At the revolution’s peak we saw the Jacobin “Mountain”, the most determined party of the radical sans culottes, rise to the head of the nation. Not for nothing did Lenin consider the Russian Bolsheviks to be “modern Jacobins”.

With the arrest of Robespierre in 1793, the revolution entered its descending phase. But even this period of Thermidorean and later Bonapartist reaction provides us with important lessons. It was by careful analogy with this period that Trotsky was able to develop his masterful analysis of the degeneration of the Russian Revolution in his classic, The Revolution Betrayed.

That the greatest minds of our movement placed so much importance on understanding the French Revolution is no accident. Today, more than ever, a conscientious study of the Revolution is essential for anyone who seeks to change the world.