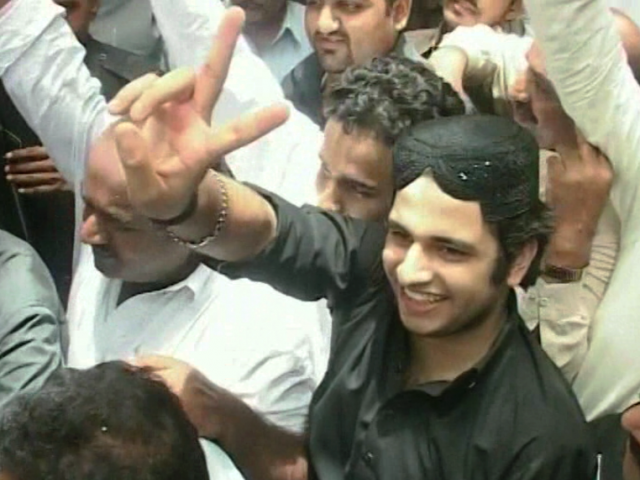 Introduction: In June this year, Shahrukh Jatoi the son of a Sindhi feudal landlord, was handed the death penalty after being found guilty of shooting dead university student Shahzeb Khan last December. The case raised furore all over Pakistan as it was a clear example of the corruption and cronyism that exists within Paksitani society. As Khan's father said: “This is the brutal reign of the feudals. They don’t spare anyone.”. Despite being found guilty and sentenced to death Jatoi was pardoned last week after paying Khan's family a sum of 350 million Rs ($3.3m).

The release of Shahrukh Jatoi and others in the Shahzaib murder case by way of Qisas, or payment of Blood Money to the parents of the deceased victim, has yet again triggered a debate on the status of laws enacted in the name of religion. A rich killer from the feudal aristocracy, despite having blood on his hands, went scot-free only because he belonged to a class that could quash the verdict and bend justice through their obscene wealth. However, it is not just the law of Qisas one needs to condemn. The entire judicial set up makes a mockery of justice.

After sixty -six years of Pakistan’s existence the legal code inherited from the British, the Islamic courts, the tribal Jirgas and rural panchayats is operative at different levels of society. It’s not just that a universal legal system is missing but that the vast majority of the population does not have the financial means to obtain justice. The real situation is that from the lower courts to the Supreme Court the whole judicial system is so complicated, slow and expensive that the toiling classes are even denied the most elementary kind of bourgeois democratic justice.

Justice as well as proper health care, decent education and other basic necessities have become the privileges of the rich and the mighty. As the ancient Athenian poet, lawmaker and statesman Solon said: “Laws are like spiders’ webs: if some light or powerless thing falls into them, it is caught, but a bigger one can break through and get away”

This scenario has been omnipresent in all class societies but under crony capitalism with its burgeoning crisis in countries like Pakistan obtaining justice has become a psychological and financial torment. The expenses and fees in the high and supreme courts are so astronomical that not more than five percent of the people of the country can afford to seek justice through this path.

The bourgeois revolutions in Europe that erupted in the wake of the renaissance created new types of nation states in concert with the rising capitalist economics. This is also true for the US and other advanced capitalist countries where the bourgeois revolutions were completed to various degrees. One of the corner stones of these new states was the judiciary. This institution was proclaimed sacred and the other institutions of the state, such as the dominant media and the intelligentsia, inculcated this myth into the general social consciousness.

The ruling classes and the far sighted experts of capital ensured that the judiciary lived in a world that apart from society and was above all its ills and defects. With a multitude of concocted myths, respect for and fear of the judiciary was instilled in the psyche of society. They were very careful and cautious not to over use this state institution in order to preserve it as a tool to curb the revolts of the oppressed class in extraordinary revolutionary periods.

The British brought this judicial system to the subcontinent and imposed it over the prevalent existing judicial practices. This system that the British introduced still dominates India, Bangladesh, Pakistan and other countries of the British ex colonies.

During the time of the British Raj there were several cases in which the judiciary was used to impose imperialist rule but the most significant one was the trial of Bhagat Singh and other militants of the HSRA (Hindustan Socialist Republican Association). These revolutionary freedom fighters had planned to challenge the judicial system and spread their revolutionary message through the proceedings of the court trial. The Viceroy, Lord Irvin, was so much irritated by the tactic of these militants that he issued a special ordinance, which not only curbed their legal rights but also brought the trial to a hasty conclusion. This resulted in the hanging of Raj Guru, Sukhdev and Bhagat Sing in the early hours of 23rd March 1931.

In Pakistan the most controversial case of the use of the judiciary by a despotic regime was the execution of Zulfiqar Ali Bhutto in April 1979. To date this case continues to reverberate and exposes the real nature and the class bias of the so called independent and sacred institutions. Of the seven member full bench of the Supreme Court, two judges were sent home in spurious circumstances on the grounds that they had expressed doubts on the veracity of the evidence and the tyrant Gen Zia ul Haq was not prepared to take a chance on the outcome. When the death verdict was announced it was a split decision of three to two. This case is being reopened but the yet again process is being strangled by legal complications, which are deliberately enacted to delay and subvert the proceedings.

These episodes expose the real character of the judiciary and the laws of an imperialist state. The capitalist state is created to sustain the rule of capital and the ruling classes. All institutions of such states are designed for this particular purpose. Whenever a system or a regime is threatened, all these institutions play their role in these crucial events. Usually, the judiciary is the last resort as an institution to be used to rescue the ruling class and their system.

However, when a state and system fails to deliver the basic needs of the masses and widening disparity and exploitation creates social unrest, judicial activism comes into play. Many suo-moto notices of the courts have been very selective, resulting in the ignoring of some of the most crucial issues and pandering to relatively insignificant issues as a tool to deflect the masses from attending to their day to day burning issues. Judicial activism also exposes the growing crisis of the state as its institutions begin to decay and erode with the worsening crisis of the economy and the society.

The present Chief Justice and his predecessors have time and time again vowed to eradicate corruption from the judiciary. These pledges have been futile. In an economy where the informal sector is thrice the size of the formal sector the sickness of the system becomes acute. The informal or the black economy is itself a manifestation of the corruption and crime raging in the country. This black capital intrudes into the state and society. Its investment is mainly in nonproductive sectors of short-term duration and the flight of capital is easy.

Conversely, what is happening is, the deterioration of life in society through an excruciating rise in poverty, deprivation, disease, unemployment, terrorism, violence, extortion and misery. That is the only future that capitalism can offer.  In a system which fails to deliver health, education and the other basic necessities of life, to talk of delivering real justice on the doorstep is a delusion and a deception.