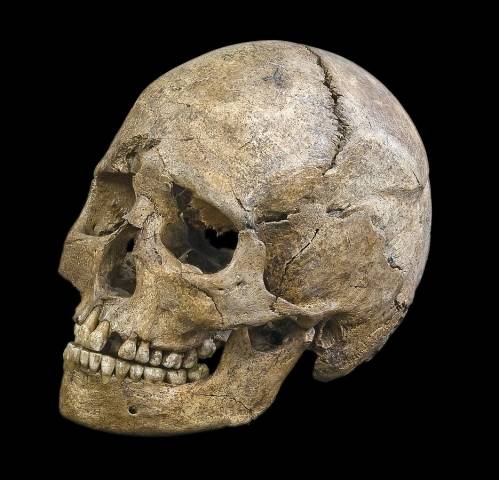 In archaeology, new evidence and the resulting explanations have come to resemble the conclusions that Marxists reached long ago in explaining how dialectical materialism corresponds to the natural world.

Link to the original article for Socialist Revolution USA

Evolution has always been of interest to Marxists. Engels wrote extensively on the topic, foresaw many flaws in the original theories, and filled in several theoretical holes; for example, in his writings on the role labor played in creating the modern human brain. This has been extensively proven by science and the fossil record since Engels’s day. He was able to anticipate these discoveries by applying the Marxist method of dialectical materialism.

Now new fossil evidence unearthed at Jebel Irhoud in Morocco has forced scientists to again rethink the evolution of Homo sapiens. A tooth from the lower jaw bone and pieces from the accompanying assemblage have been dated to between 280,000 and 350,000 years ago by thermoluminescence and uranium series dating, combined with electron spin resonance. These are the most reliably dated findings of early modern human remains. The conclusions drawn from these findings are that 1). H. sapiens evolved at least 100,000 years earlier than previously thought, and 2). H. sapiens evolved in various places across the African continent, not in a single location.

Scientists have long tried to determine clear-cut boundaries between the various early hominids and early modern humans. Based on the new evidence, however, such “clear cut boundaries” can only be defined where gaps in the fossil record exist. Dialectics long ago put to rest the idea of gradualism. Stephen Jay Gould contributed to this dialectical understanding of evolution through his theory of punctuated equilibrium.

However, instead of expanding on Gould’s contribution, scientist are placing gradualism and punctuated equilibrium mechanically beside each other as the only two options!

Referring to the discoveries at Jebel Irhoud, Nature magazine commented as follows: “In particular, it is unclear whether the present day ‘modern’ morphology rapidly emerged approximately 200 thousand years ago among earlier representatives or evolved gradually over the last 400 thousand years.” The statistical and comparative morphological data of the H. sapiens found at Irhoud show that they are almost indistinguishable from early modern humans, with few variants. This morphological data also shows a clear differentiation between the Irhoud remains and those of Neanderthals. This suggests that these early H. sapiens interbred with Neanderthals or that they “represent a North African, late surviving, archaic population.” 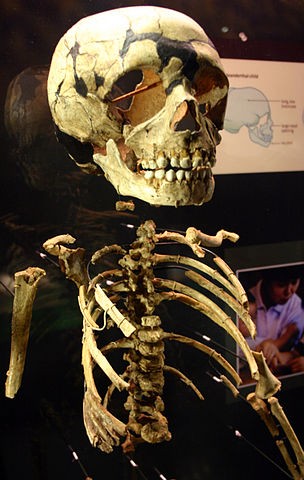 Modern academic researchers tend to insist on either a rigid form of gradualism or a single “clean break” in the evolutionary line after years of equilibrium. As an example, many scientists do not believe there is enough supporting evidence to prove Neanderthals and H. sapiens interbred at Irhoud, although other recent studies have indicated that these separate “species” interbred elsewhere.  I would argue that we should call into question the very way “species” are distinguished in the human fossil record. Sets of morphologically different early hominin remains does not automatically mean we are faced with an entirely different species in each one, incapable of fertile interbreeding with other hominids

The existence of quantitative accumulations that undergo qualitative transformations in both nature and society cannot be denied. However, this fundamentally correct idea—that long periods of stasis are followed by sudden leaps—can also be applied in a rigidly mechanical way. This can be seen through the lack of addition to the theory of punctuated equilibrium. Processes in nature develop in a more fluid, organic way. The evidence at Jebel Irhoud demonstrates the correctness of a dialectical analysis of development, over a rigid mechanistic analysis.

Nature explains, “Evolution consists of the two simultaneous but quite separate phenomena of adaptation and diversification.” Adaptation happens over time as animals adjust to new and ever-changing environments. Under the influence of such environmental changes, tipping points are reached that bring to life physiological differences with revolutionary consequences.

The best example of this is the qualitative leap in the evolution of the human brain, made possible only by the transition into fully bipedal beings, freeing up our hands for labor. This, in turn, reacted dialectically back on the brain and vice versa, until the modern brain and hand evolved. Unfortunately, authoritative voices such as Nature continually fail to acknowledge the endless stream of proof that evolution proceeds dialectically, stating, “This anatomical evidence and the chronological proximity between these two groups [early modern humans and African archaic Middle Pleistocene forms] reinforce the hypothesis of a rapid anatomical shift or even, as suggested by some, of a chronological overlap.”

In fact, the evidence shows that both of these conclusions are correct! Rapid anatomical shifts can be seen as early Homo sapiens emerge in the fossil record and existed with other groups of pre–modern human hominins, possibly even interbreeding.

Another explosive conclusion drawn from the remains found at Jebel Irhoud is that the evolution of modern humans was a pan-African phenomenon. Previously, it was presumed that Homo sapiens evolved in eastern and southern Africa. Aside from the evidence found in the fossil record, there is also environmental data that support the idea of an earlier migration across the African continent. As Nature explains, “The Saharan desert was greatly reduced during a series of Middle Pleistocene ‘green Sahara’ episodes, with an especially marked but short period around 330,000 years ago . . . Biological continuity between east and northwest Africa is also supported by strong faunal similarities, especially for the middle Pleistocene, suggesting at least frequent communication between these regions.”

Both the fossil record and environmental evidence show that early hominins could and did migrate throughout the African continent. Recent studies have also suggested that migration happened at a more rapid pace in this period than previously assumed. If one’s survival depends on hunting and gathering, migrating to follow seasonal food sources makes perfect sense.

Foraging populations were of necessity nomadic until the planet went through an extensive warming period allowing foragers to settle in semi-permanent settlements. However, population growth then led to constraints on resources, allowing and compelling people to establish permanent settlements. This eventually led to the agricultural revolution and the rise of classes and the state on different continents, independently of one another.

The idea that Homo sapiens evolved across the African continent, and not in a single region rekindled the debate between the “multiregional continuity” model and the “out of Africa” model. The multiregional continuity model begins with Homo erectus migrating out of the African continent throughout Eurasia. As this migration occurs, populations are geographically isolated from one another and can thus evolve more rapidly. This results in the formation of Homo sapiens simultaneously throughout these regions. However, this model is no longer tenable, given the evidence of early modern human remains found in Africa.

The out of Africa model also takes its own conclusion to the extreme. This model postulates that H. sapiens evolved fully in Africa, then migrated into Eurasia and replaced other hominin populations. But this begs the question: why must it be either/or when there are elements in both models that are proven correct by the fossil record?

The evidence suggests that Homo sapiens evolved in a process similar to that described in the multiregional continuity model, but concentrated throughout the African continent. Later, once these populations made it “out of Africa,” they surely pushed other hominins to extinction, but they also may have continued the process of interbreeding with hominins who migrated earlier.

All of this explains why Jebel Irhoud has shaken up scientists’ understanding of human evolution, as the facts put even more pressure on them to adopt a consciously dialectical materialist perspective. The implications of this are that early modern humans existed in congruence with other early hominins while being distinctly different from them and that they existed in various regions across the continent of Africa. The evidence synthesizes what were two opposing theories of human evolution into one.

The complexity of nature is not beyond comprehension. However, understanding it depends on being able to interpret the data with the flexibility that only dialectics offers. Wrong conclusions are drawn when evidence is forced to fit specific expectations based on a preordained philosophical outlook. The evidence should dictate the conclusions and the philosophical lessons extrapolated from it. This is the dialectical materialist method used by Marxists. Through this, we can analyze science, nature, history, and prehistory, and develop perspectives for the future.

Human existence and relationships have developed via processes influenced by events, socially based material conditions, and the wider environment. The development of our species has not been a linear progression but consists of periods of ebbs and flows. The same can be seen in the development of society, the means of production, and the class struggle. We developed our remarkable brains, ability to labor, and capacity for abstract thinking and reason to overcome the material constraints of our immediate environments.

Today, we have developed the means of production to such a degree that we now face chronic crises of overproduction, as the system produces “too much”—and yet millions starve and live in appalling conditions around the world. We must hone our theoretical understanding and learn from the processes by which we evolved and developed. We must then use this knowledge to fight for and build a society that will ensure the long evolutionary path we have taken as a species thus far doesn’t lead to a qualitative leap into oblivion and early extinction.