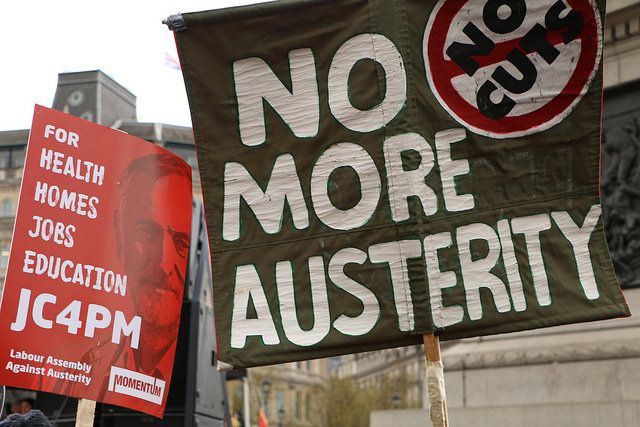 Under the former coalition government and now the Tories, a swathe of brutal cuts and closures has been sweeping the country. And this blight is set to continue. “To eliminate the deficit”, states the Financial Times, the mouthpiece of big business, “Mr Hammond [the Tory Chancellor] will need to extend austerity well into the next decade.” (FT, 20/2/17)

In other words, capitalist austerity is here to stay. Such vandalism has already throttled our social services, which in many areas are in a state of collapse. To cut costs, hospitals and care homes are being closed. The elderly, frail and infirm are left to rot, many condemned to an earlier grave.

The cuts in social care are having catastrophic consequences. One study published in the Journal of the Royal Society of Medicine found that austerity has been linked to 30,000 extra deaths, the biggest increase in 50 years. The Tory government cynically dismissed the report, saying “every year there is variation in excess deaths.” For them, “excess deaths” is a form of collateral damage, a by-product of life ruled by profit.

Given the shortage of beds in the health service, hospital patients are being forced to lie on trollies for hours on end. The BMA’s chairman, Mark Porter, said: “The UK already has the second lowest number of hospital beds per head in Europe and these figures paint an even bleaker picture of an NHS that is at breaking point.” According to the OECD, the number of doctors per head of population is now in the bottom third of the league table, below Latvia and Estonia. 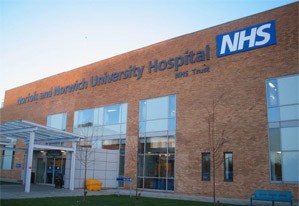 The health service is at breaking point. The NHS is now in a state of “permanent winter”, where the usual winter spikes have become the norm throughout the year.

Of course, there is no crisis for government ministers or the rich, who can afford to pay for private health care. Every day is a sunny summer’s day for them.

This crisis in the health service is simply the reflection of a general malaise within society. The prison system is in meltdown, with rioting becoming more widespread. Homelessness is at a new high, with those living on the streets at record levels. While the rich are scrambling to build luxury swimming pools in the basement of their mansions, more than 250,000 people in England are homeless or lack a permanent place to live, according to the campaigning group Shelter.

We are being constantly held to ransom by big business and the privatised utility companies, who jack up their prices at every opportunity.

At the same time, local government is on its knees, following a decade of cuts. 94% of councils in England are preparing to raise council tax bills and charge more for services. There will also be a new round of blistering cuts. By 2020, nearly 70% of their funds from central government would have been axed.

Shamefully, Labour councils are implementing these cuts which affect the poorest of society. They have become the willing agents of the Tory government, doing their dirty work. Instead of waging a real fight, involving the trade unions, they have capitulated miserably. In the past, this was dressed up as a “dented shield” but today there is no pretence of a shield. Labour councils are disgracefully wielding the axe. No wonder there is disillusionment and even rage with Labour locally.

Of course, the blame for this also lies with the national leadership, which has failed to offer any way forward. In fact, scandalously, they have proposed disciplining councillors who dare vote against the cuts. What a far cry from Poplar, Clay Cross and Liverpool, who were prepared to break the law rather than break the poor.

A war of attrition

Despite winning two leadership elections, Jeremy Corbyn is being held prisoner by the right wing in the Parliamentary Labour Party. In “Project Anaconda”, as they call it, they intend to squeeze the life out of him. At every opportunity, Labour’s right attack and work to undermine him. Tony Blair’s recent attack on Corbyn over Brexit was immediately supported by Heidi Alexander, right-winger and former shadow cabinet member. All this is seen by millions on their TV screens and in the papers. No wonder Labour is seen as divided and trailing in the opinion polls.

The only way Corbyn can break out of this snake’s embrace is to launch a real fightback against this Blairite stranglehold. The idea that the left can co-exist with these right-wing careerists is completely false.

We know that Donald Trump is a gangster, but at least he has the guts to forcibly take on his opponents, including the capitalist media and even the secret services. Corbyn should abandon his “nicer, kinder politics” and come out fighting. This must include an upfront call for the immediate reselection of Labour MPs. We must “drain the swamp” of the right-wing careerists, starting with the Parliamentary Party.

Millions of working people are disenchanted with the Establishment and this crooked big business system. It is time for a fundamental change! That is what people are crying out for.

Socialism the only way forward

Faced with the deepest crisis of capitalism since the 1930s, the idea of “reforming” capitalism is a dead end. A leopard will never change its spots. Workers everywhere face a race to the bottom as wages and conditions are driven relentlessly down. A growing number of workers are without any safety net. That is the significance of the dispute at privatised Southern Rail, where the bosses want their extra pound of flesh but the workers are resisting.

The time has come for a bold socialist programme that can answer the scourge of capitalist crisis in the interests of the overwhelming majority.

The recent news stories about robotics and artificial intelligence shows the potential for a world of superabundance and prosperity. But on a capitalist basis, where the drive for profit rules, this potential becomes a nightmare scenario where the mass of workers lose their jobs (“surplus to requirement”) and those left behind are over-worked. The only ones to gain will be the billionaire bosses.

The capitalist system has turned into a colossal fetter. However, on the basis of a socialist planned economy, where the commanding heights of the economy are nationalised under workers’ control and management, this potential could be used for the good of society as a whole. Everyone would have a guaranteed job, but the working week would be drastically reduced. The massive increase in productive wealth could provide everyone with a high standard of living, including those who could retire early. Everything would be run democratically for all. The rule of profit would be overthrown. For the first time, the majority would have the time to enjoy life to the full.

For a new revolution

One hundred years ago, the October Russian Revolution showed that the working class could run society without the landlords and capitalists. Unfortunately, the revolution was isolated in a backward country and therefore degenerated.

In an advanced country like Britain, we would not face those difficulties. A socialist Britain would become a beacon to the workers of Europe and the rest of the world, laying the basis for a genuine transformation of society.

“We live in revolutionary times, even if pitchforks have been replaced (we hope) by the ballot box”, states a nervous Anne-Marie Slaughter recently in the Financial Times.

This is absolutely correct. We do live in revolutionary times. The ideas of socialist revolution have never been more relevant than today. However, it is on our shoulders to make these ideas a reality.