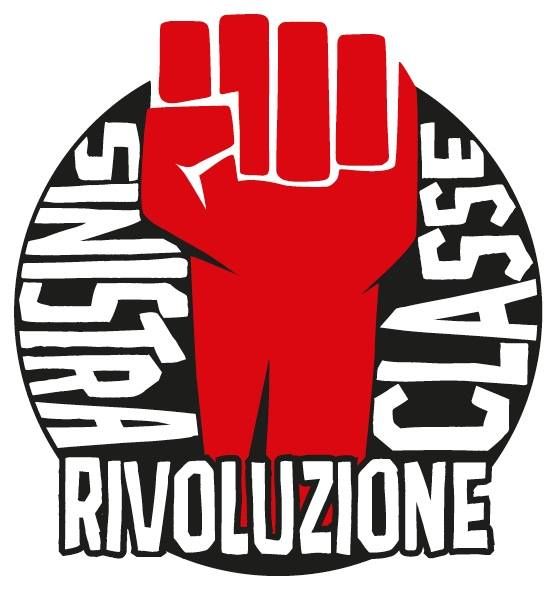 The Italian Marxists launched a new fortnightly paper, Rivoluzione [Revolution], on April 25, a national holiday, the day of the liberation from Fascism and the Nazi occupation in 1945. The new paper sold fantastically, with over 2000 sales recorded, confirming that it connects with the real underlying mood in society.

Traditionally on April 25 there are big demonstrations, concerts, meetings, etc., particularly in the north and centre of the country. This year marked the 70th anniversary. The sales on the day were literally exceptional. They came as a surprise even to the most optimistic of comrades. We sold more than 1850 copies of Rivoluzione in 38 towns and cities and in more than 50 events. In a number of towns the paper sold out in a very short time. 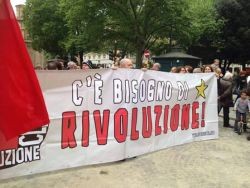 In Parma, on a morning demo, we sold 162 copies in one hour. It was the record of the day, if we take into consideration the time in which it was sold; the comrades could not sell more because they ran out of copies! The same happened in Genova, Trieste, Reggio Emilia, Modena, and Catania.

In Bologna we sold 290 copies in the two main events of the day. In one of them, in Montesole, near Marzabotto on the hills above Bologna where the Nazis slaughtered 2,600 men, women and children, in 1944, we sold 120 copies. We were forced to stop at 6pm because we had sold out. 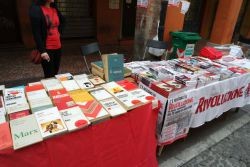 In Rome where 90 Rivoluzione were sold, there was literally a fight among the demonstrators for the last remaining copies. In Milan, 300 copies were sold.In Trento, the comrades were fortunate to have access to a photocopier and could produce extra copies of the paper after they had sold out during the morning.

In Reggio Emilia, a girl who came to our stall was approached by one of our comrades: “Do you know we are launching a new paper today?” She immediately replied, “Yes I came to this event to buy it.” It was just one of many comments along the same lines.

We started the campaign for the launch of Rivoluzione months before April 25 and we intensified our efforts after Easter. We printed a special poster with a blank space where every area could write where to buy Rivoluzione or when the launch was scheduled in that particular city. We printed more than 3,000 such posters. We also produced 5,000 stickers with the name of the paper and of the new website.

We started a campaign for new subscribers; the target is to have 200 subscribers in the first two months, before the end of June. We have already organised some, and we are going to organise launch events and public meetings in more than 30 towns. All the members of “Sinistra Classe Rivoluzione” [the IMT in Italy] and a number of sympathisers have been totally immersed in the campaign.

We created a mood of “expectation” and a number of people were really moved to see that in the desert of the left in Italy a new paper was coming out. And they were really enthusiastic to support it.

The new name “Rivoluzione” and the price (1 euro for 12 or 8 pages, depending on each issue) totally connects with that part of society which is looking for an alternative, the most radicalised sections of youth and workers. It is the sector that we are really interested in, but in 95% of cases is not organised in any left-wing party, especially as in Italy the political left is in disarray.

We approached people on the streets with a direct question, “We need a revolution, don't we?” and that would kick off a discussion very easily. Even in Italy, where a real mass movement of the workers and youth has not yet taken off, you can feel the anger and frustration in the air. In a certain sense, we are like a surfer that has caught the wave. It is not yet a huge wave but it is growing and gaining in strength, step by step. On several occasions, the next question our comrades would encounter was: “Ok, we need a revolution, but how? Who is going to organise it?” and this would often be followed by “You stand for a communist revolution, but communism does not exist anymore. It failed, why?” And, “The left are like all the other leaders. Are you from Rivoluzione any different?” From this it was easier to start a wide-ranging discussion on a lot of topics. 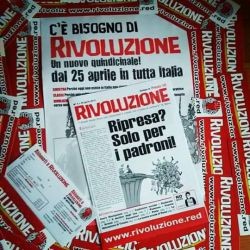 Rivoluzione is like a bridge between Marxist ideas and the masses. It helps the vanguard to reach a broader layer of workers and youth. A number of comrades who had been finding it more difficult to sell Falcemartello (“The Hammer and Sickle”, our previous monthly paper) came onto the streets with Rivoluzione with greater confidence. We are not abandoning FalceMartello, however, as it is going to become our theoretical magazine, coming out every four months.

The truth of the matter is that the Communist tradition in Italy has almost been destroyed – for the time being – by the leaders of the old PCI, Italian Communist Party and later by the leaders of Rifondazione Comunista, the left split from the old PCI. It is now the heritage of possibly 1 or 2% of the population. Falcemartello, because of its name was seen as completely connected with this old tradition. We do not renounce that tradition, but at the same time we have to take into account the feelings of betrayal among the masses at what the old PCI and Rifondazione Comunista leaders did over the years. It had become a bridge that led to a meandering path and not to the main highway.

In the last few weeks another group, a so called “Trotskyist” sect, the Partito Comunista dei Lavoratori [Communist Workers’ Party], also launched a new paper. The name of their paper is “Unità di Classe” (Class Unity). There is nothing wrong in the principle, as we do indeed need class unity, but – as is usually the case with this group – they have not understood the real mood amongst the masses today. On April 25, in a number of towns they stood with a stall next to ours. While our comrades were enthusiastic and confident, this group appeared totally demoralised and depressed. They consider themselves a “vanguard” but they do not know how to talk with the masses. This renders them impotent as revolutionaries.

We are the only organisation that really believes in having a printed paper, while everybody else is abandoning the idea. We think that the only way to change society is to discuss with, organise and educate the masses via a revolutionary thinking organisation and that is why we need a concrete tool, a real “collective organiser”, as Lenin used to call it, and not a virtual one as has become fashionable in some quarters these days. Every other tendency lacks confidence in the masses, does not trust the workers and they therefore do not feel the necessity to talk to them.

We have already sold more than 2000 copies. We have therefore decided to reprint another 3,000 copies of the  first issue of Rivoluzione! May Day is around the corner, with all the traditional events, and that will be followed by May 5 when a teachers’ strike has been called against a counter-reform that the Renzi government wants to implement in the schools. We could easily reach the target of 5,000 copies sold of this historical first issue!

Every comrade, every branch of the organisation is inspired by this new drive. With enthusiasm and the ideas of genuine revolutionary Marxism, Rivoluzione will be the necessary tool in the building of the forces of Marxism in Italy and of the International Marxist Tendency.