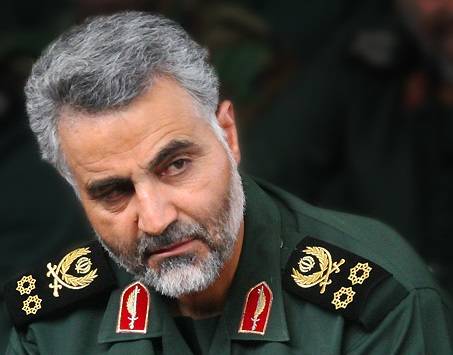 Early Friday morning (3 Jan 2020), in an act of supreme arrogance the Trump administration carried out the killing of Iranian General Qassem Soleimani, as well as top Iraqi paramilitary leader Abu Mahdi al-Mohandes in Baghdad airport. Yet again, US imperialism is adding to the instability in the Middle East.

Note: this dramatic development means we have postponed Alan Woods’ new year article, which will be published tomorrow.

Trump has tried to paint the attack, which also killed eight other Iranians and Iraqis, as a defensive measure. But it is nothing but the summary execution of leaders of two states on foreign soil, one which was carried out without even seeking congressional approval. According to Donald Trump, Soleimani was planning an imminent attack, which could cost hundreds of US lives. The only evidence to back this up is that Soleimani had visited Iranian supported militia groups in Lebanon, Syria and Iraq, followed by a visit to Ayatollah Khamenei in Iran. What part of this translates into an imminent attack on the US is anyone's guess.

Furthermore, Soleimani was the top general of Iran’s Revolutionary Guard Corps abroad. He was not an on-the-ground operative, and thus killing him surely would not stop the plans of any imminent attacks. Those who are now trying, ex-post-facto, to justify this act of imperialist aggression are the same who told us straight lies about Saddam’s so-called “weapons of mass destruction” and fabricated a so-called “imminent threat”, in order to justify launching a devastating occupation of Iraq.

Trump, and almost all Republicans as well as Democrats in congress, also maintain that the attack was justified since Soleimani was behind “the killing of more than 600 Americans”. But they fail to mention that Soleimani was supporting Shia militias who fought against the US occupying forces. That occupation has so far led to at least 1.5 million Iraqi lives lost! Furthermore, those same militias were aligned with the US in the war against Islamic State. In fact, some of them are still deployed along with US troops.

Trump claims that Soleimani also played a key role in suppression of protest movements in Iraq, Iran, and Lebanon. This might be true, but as we can see in Trump’s warm relationship with the Saudi monarchy and the Israeli regime, the democratic rights of protesters - or anyone else for that matter - has never been a priority for him. In fact, the Iraqi protesters in Tahrir Square have correctly condemned the US attack.

This was nothing but a brazen imperialist attack with the aim of beating two nations into submission. It is the duty of all class fighters, trade unionists and revolutionaries to forcefully oppose this attack and any further imperialist aggressors in the Middle East. We must expose the real interests behind such imperialist acts, which has nothing to do with the plight of the poor and oppressed in the Middle East, nor the protection of the western workers and poor, but everything to do with the narrow interests of the capitalist class. 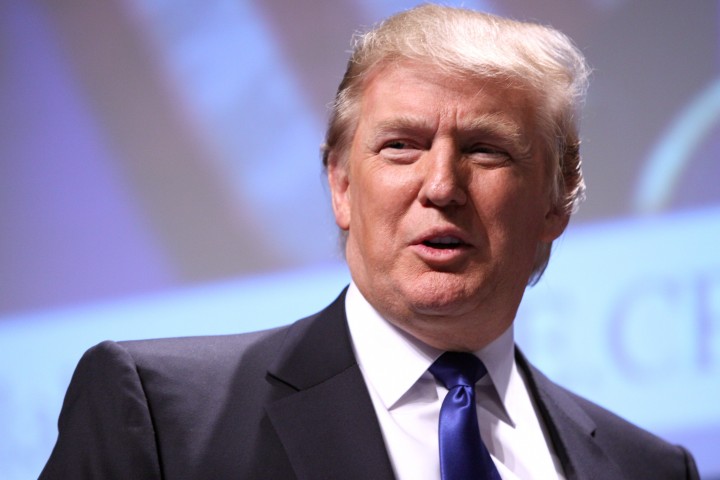 Yet again, arrogant US imperialism is adding to the instability in the Middle East / Image: Flickr, Gage Skidmore

The only decisive factor behind Trump’s decision was, as always, pure self-interest. In particular, Trump is interested in diverting attention away from his own impeachment as well as to posture as a man of deeds to his friends and enemies. Trying to make up for the humiliation of his inaction after Iran shot down a US drone last June, and the attack on Saudi oil facilities in September, Trump decided to make an example.

He was goaded on by a layer of Republicans and elements within the security apparatus, who are dead set on provoking a conflict with Iran in order to restore the prestige of the US military after years of humiliating setbacks. But this extreme short sightedness, a key characteristic of the ruling class today, now risks throwing even more fuel on the fire in a region that is already very unstable. And the final outcome will not be in the interests of Trump or American imperialism.

Pressure is already mounting on the US to withdraw from Iraq. US special forces have been withdrawing from forward positions in order to defend US bases. The Iraqi parliament is taking steps to end the military agreement between the two countries in order to force the US out of Iraq. This would be a serious blow to US imperialism.

But like a gambler on a losing streak, Trump is doubling down on his bet. He has threatened to bomb 52 locations in Iran, some of which would be important cultural sites. To the Iraqi parliament’s plan of expelling US forces from Iraq, he has responded by threatening to impose sanctions and worse on Iraq. The US ruling class claimed that the invasion of Iraq was a measure to introduce democracy and peace, and yet it is openly issuing serious threats against the decisions of the Iraqi parliament. What we see is the unmasked face of US imperialism.

It is true that some Democrats, led by Nancy Pelosi, have opposed Trump’s action. But their objection is not the imperialist US policy in Iraq, but rather how this imperialist policy is carried out! The Democratic Party, so often presented as the soft hand of US capitalism, oversaw a massive increase in bombings and foreign campaigns during the Obama presidency. They are no less imperialist than Trump. Their complaint is that Trump’s actions are not beneficial for US imperialism.

In that, they might have a point. Although Soleimani was a key figure for the Iranian regime, his assassination has only played into its hands. In the past months, Iran and its allies in Lebanon and Iraq have been swamped by powerful mass movements with revolutionary implications. In Iraq in particular, what is known as the October Revolution has taken aim at poverty, unemployment, corruption as well as Iranian almost omnipresent influence in the state apparatus.

In Lebanon, the Hezbollah-led government has also been under immense pressure from the revolutionary movement that started in September. But neither in Lebanon nor in Iraq did the regime manage to stabilise the situation. In fact, Soleimani was frantically travelling between Beirut, Baghdad and Tehran in order to coordinate the counter-revolutionary effort with Iranian allies and proxies.

In Iran itself, two days of violent protests erupted after cuts to fuel subsidies overnight in November. Very quickly, these protests escalated from economic demands, to calling for the downfall of the regime. The regime was only saved by complete media blackout and a crackdown that killed at least 1,500, wounded thousands more and arrested up to 10,000 people. This was one of the most-powerful challenges to the Islamic Republic in its 40-year history and has left the regime severely weakened.

Back then, the regime dismally failed at mobilising a counter demonstration, managing only to gather a few tens of thousands. But Soleimani’s funeral has gathered people in their millions across Iran in the past few days. Similar scenes were also seen in Iraq, where 500,000 people were reported to have participated in funeral processions. Trump’s attacks and threats of escalation strengthened the Iranian regime and will weaken the revolutionary movements in the next period. 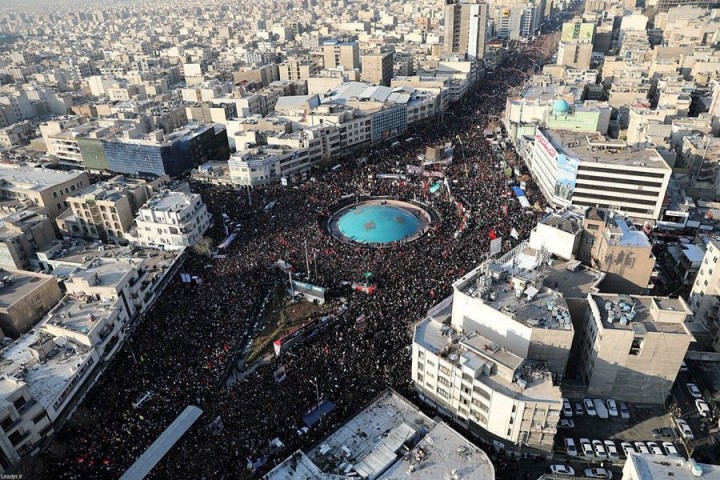 The Iranian regime has faced big protests, which have been weakened by Soleimani's death. Millions attended his funeral processions / Image: fair use

The Iranians are now going onto the offensive. In Iraq, where a struggle between the US and Iran over the Iraqi state apparatus has been brewing for some years, the Iranians are now pushing for a total ejection of the US, removing their troops, advisors and allies in the state apparatus. They are also putting pressure on the Americans in Afghanistan, while they have completely withdrawn from the nuclear treaty, meaning that they will probably begin the development of nuclear weapons.

And there is little the US can do about this. There has been lots of talk about war over the past few days, but the possibility of the present situation leading to a US invasion of Iran is ruled out. The US population is weary of war, which is why one of Trump’s own key campaign promises in 2016 was to withdraw from the Middle East. Furthermore, the US National debt stands at more than $23 trillion. A new war costing $5-10 trillion more is out of the question. A new major war by the US would have unprecedented social and political repercussions.

17 years after the invasion of Iraq, the US has lost the wars in Iraq and Afghanistan. Iran would be an even more formidable enemy. Iran has a mountainous terrain, a strong, battle-hardened military and a people who are deeply anti-imperialist. It also possesses long-range missiles and proxy groups around the region, which could target tens of thousands of stationed US troops from any side. It can also close the Hormuz strait, which is a passage for oil onto the world market. This would be a serious threat to a fragile world economy.

For all of these reasons, an invasion of Iran is out of the question. Even a serious aerial campaign by the US is not feasible as it would put almost all US bases in the Middle East at risk of attacks. The US’s actions confirm this. While extra troops have been sent to the region to prop up the defence of existing US interests, these are far from what would be needed for a serious military campaign. Of course, Trump’s erratic actions could ripple into some sort of military clash, but this would be very risky for US imperialism, which is unlikely to come out on top.

The events of the past days have more than anything been a sign of the weakness of US imperialism rather than its strength. There is no power nearly as strong as US imperialism, and yet in relative terms this imperialism is not as strong as it used to be. As events unfold this will become clearer. Like an earthquake that reveals contradictions that have been accumulating under the surface, Trump’s erratic behaviour will bring to the fore the new balance of forces that has developed in the Middle East. In this new situation, US imperialism will be forced to play a smaller role. But this will not mean more stability or improved conditions for the masses of the region.

Our task is to oppose imperialism. Only by overthrowing capitalism can we secure peace and stability by putting an end to a rotten regime which means war, misery and exploitation for the masses.