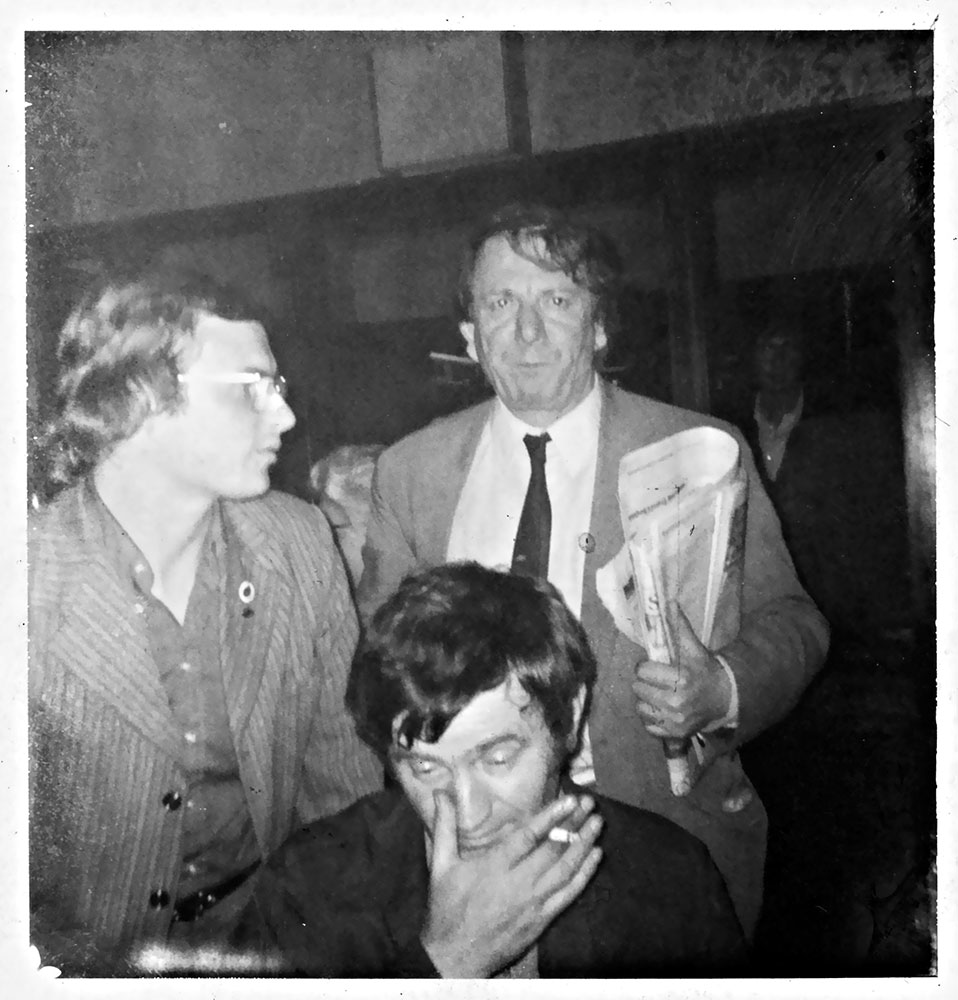 The election results in France provide a devastating criticism of the policy of the Communist and Socialist parties during what the capitalist press has termed the 'May Revolution'. Lenin spoke and wrote of decades of development leading to a revolutionary crisis during which the fate of the people could be decided during a few days. Such was the crisis in May. The Times wrote that during that period "All the physical levers of power were in the hands of the Communist Party." A general strike by its very nature poses the problem of power. This general strike began spontaneously, involving ever greater layers of the exploited, not only the industrial workers but the white collar workers as well. Peasants were affected and the police at that stage could not be relied upon. The army, according to reports, was also affected. Power could have been taken peacefully and a workers' democracy established. But the Communist Party and the Socialist Party, which had not initiated the movement but were as terrified as the government, stood in the way. The capitalist press greeted the role of the Communist Party with relief. The Economist of 22 June commented:

"They (the CP) acted like Fabians not like revolutionaries. And ever since, they have emphasised that their party is one of law and order. They kept silent when the police occupied the Sorbonne. They dissociated themselves publicly from 'rabble-rousers and ultra-left provocateurs' and acquiesced in the government's decision to ban all the small left-wing revolutionary movements."

'The middle class must not be frightened!' Thus in the election campaign, instead of boldly proclaiming the need for a change in society and campaigning against the banks, monopolies and trusts - while also agitating for the demands of the peasants, the small businessmen, the shopkeepers and showing them that their interests were linked with those of the working class and against monopoly capital-they tried to vie with the Gaullists as the Party, as Waldeck Rochet had declared, "the party of law and order". Their election posters even proclaimed: "Against disorders and against anarchy - Vote Communist." This 'leader' even shamelessly declared that the CP had displayed a sense of responsibility in the crisis and only wanted a coalition government.

On this plane they could not hope to compete with the Gaullists - as de Gaulle cynically remarked, "the party of the funk vote". The Gaullists raised the specter of a Stalinist France with a totalitarian regime, in which all the liberties of the people would be snuffed out as in the countries of Eastern Europe and China. Thus the middle class were stampeded, and even some sections of the working class were affected.

The Morning Star and the French Communist Party find consolation in the fact that they "only" lost 600,000 votes out of the million gained at the last election (Morning Star, 25 June 1968). But they forget to add that in the early post-war period, with a smaller electorate the vote for the Communist Party and the Socialists was higher. In the first post-war elections, together they obtained 51 per cent of the votes, higher then the Labour government of 1945 which received 48 per cent of the vote. In conditions such as these, with clear and honest slogans, with an explanation to the people of the crisis facing French capitalism, of the inevitable ruination of the middle class and small businessmen, their vote would have been much higher. Had they acted with the revolutionary tide, power on a socialist programme would have won the overwhelming majority of the French people. It would have altered the whole balance of forces between the capitalists and workers throughout Western Europe, and even the world.

The cowardly leaders betrayed the working class and the French people. De Gaulle put forward a muddled demagogy "against capitalism and totalitarian Communism." The Gaullists promised "participation" (whatever that is supposed to mean) to the workers and "reforms of education and the state." It was on this basis that the middle class and large sections of the peasantry were panicked into voting for "order". The policy of the workers' parties was a classic one of "How not to win the middle class."

What now? Every serious capitalist, commentator regards the situation in France with dread. The workers, against the wishes of their "leaders", have demonstrated and realised their own power in the spontaneous strike struggles. The French working class have a great revolutionary tradition. They have made important gains in wages and conditions. But these will be filched away by rising prices, by inflation, increases in the cost of living and the provocations of the capitalists.

The consequence will be a new outburst of anger during the autumn and winter. The Economist, not given to making the flesh of its capitalist backers creep, declares:

"Election results provide a more or less accurate picture of political preferences in a country at a given moment. This time the picture will be more than usually distorted because France has not recovered its composure. The question is how far the voters will be swayed by fear when they go to the polls on Sunday, and when they return there on 30 June to complete the job. Or rather to complete the election. For the election is not the end of the affair."

Big business has financed "Gaullist commandos" as the shock troops o French reaction. The day after the election a railwayman was killed in Paris fascist thugs after an argument. The workers on two stations declared a 24 hour strike. But this is a symptom what is to come. Finance capital w taken by surprise by the May movement of students and workers, but it is already beginning to prepare fort future. Reaction polarised itself round the Gaullists, but as even the American Newsweek magazine quoted:

"By voting for de Gaulle, said one opposition politician, 'Frenchmen will assure themselves of the status quo for a few months or perhaps a few years. But will all end with a big bang compared to which last month's events ma seem like a carnival."'

There will be a falling away in the support for Gaullism among the peasants and middle class, since only big business will benefit from the policies. Gaullism will probably give way to the "coalition of the Left" so longingly demanded by the Communist Party. Thus the capitalists will prepare for a struggle with the workers. The victory of Gaullism will be a pyrrhic one. But the most advanced workers and students, particularly the youth, will be learning from these great events. The Communist Party leadership and that of the Socialists will demonstrate their responsibility for the harsh and bitter struggles that will face the workers. The Communist Part leadership will demonstrate that their own cowardice, stupidity and betrayal have solved nothing for the working class. The best elements of the rank and file will revolt. No longer is there the same blind support for the "Communist" Party which led to the defeat of the working class in the pre-war Popular Front and 1944-47. The struggle has just begun. In the coming months and years the working class will begin to see that the only solution to their problems lays in a change in society.

The leadership of the Communist Party, backed by the Russian bureaucracy, will find that the end will come for their policy of deceit and cynicism. No one can break the will of the working class to organise a new socialist order. At the cost of terrible and unnecessary sacrifices, the workers in France will continue the struggle begun with the May events. The socialist revolution in France has begun. Their leaders have halted them. But the workers will thrust them aside and find new leaders in the course of the mighty events which are coming