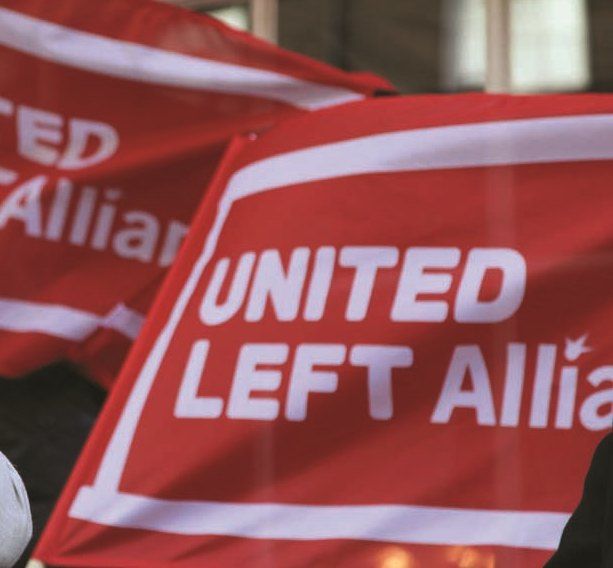 The decision of the Workers and Unemployed Action Group to withdraw from the United Left Alliance is an unwelcome symptom of the growing impasse within the ULA, previously reflected in the controversy over Mick Wallace and the departure of Clare Daly from the Socialist Party. The WUAG has a long standing base in South Tipperary and its departure will have an influence on the development of the ULA at a national level.

It is doubly unfortunate that the issue of Mick Wallace has again been allowed to throw a spanner in the works. The fact that the public face of the ULA at a national level in the Dáil has been thrown into such turmoil by his shenanigans illustrates a fundamental political weakness within the ULA.

For decades the Irish left has been looking forward to “a break in the situation” to quote Lenin. What better opportunity than now to develop a genuine socialist alternative than a right wing Labour leadership carrying out anti working class policies in league with Fine Gael; Ireland is in the middle of a deep crisis of capitalism, when the government are imposing more and more austerity on the working class people, the old and the youth, and when FF and the Greens have sold Irish control over the economy to the Troika?

The statement by Seamus Healy TD lists a catalogue of issues that the WUAG takes issue with in respect of the methods of the SWP and the Socialist Party within the ULA leadership, for example:

“Immediately after Mick Wallace TD announced that he had withheld tax from the revenue commissioners, WUAG proposed that the ULA call for his resignation from the Dáil. This proposal was vetoed by the Socialist Party. WUAG then publicly called for his resignation in its own name. We have continued with our efforts to persuade our allies of our point of view without success. A short time ago, we again formally proposed that the ULA call for his resignation. On this occasion our proposal was vetoed by People Before Profit/Socialist Workers Party in addition to the Socialist Party. As an organisation  committed to tax equity and defence of public services, we now believe that we can more effectively campaign for these objectives outside the United Left Alliance.

In recent months we have become increasingly concerned by the factional activity of the Socialist Workers Party which is a component of the People Before Profit  Alliance.  The SWP has prioritised recruitment to the SWP over building the ULA. This was clear from an internal bulletin issued to its members on February 2nd last which has received wide circulation. Our efforts to persuade our allies to desist from this approach have been unsuccessful. A short time ago WUAG formally proposed that the ULA call on the SWP to withdraw the bulletin. This proposal was vetoed by the Socialist Party and People Before Profit Alliance/SWP.

It is regrettable that our allies have refused to prioritise the building of the ULA at a time when working people are being subjected to unprecedented attacks and the betrayal of workers interests by the Labour Party is being ever more clearly exposed.”

The political rivalries between the Socialist Party and the SWP and the contradictions between their political perspectives and methods of work are certainly a factor in the impasse within the ULA. This is also expressed in the failure of the ULA to become a 32 county force encompassing the North, where the absence of working class political representation is a tragedy, especially under the current political conditions.

The issue of the future of the ULA is not just an organisational question. It is fundamentally a political issue from which organisational conclusions should flow. The political programme of the SP today is very different to the position defended by the Militant in the past, when paradoxically the comrades were inside the Labour Party arguing for a break with Coalition, while the SWP have argued that the ULA should not present itself as an avowedly socialist organisation.

As we have commented previously in the article Socialist Party Resignations: Build a mass Socialist Alternative :

“Capitalism in Ireland and internationally is at an impasse. In the absence of a mass socialist alternative this impasse will be protracted.  The workers are crying out for a genuine alternative.

There has never been a better time to fight for genuine socialist policies; the nationalisation of the banks and big industry under Democratic workers control and management, cancellation of the debts and a 32 County Socialist United Ireland.

But to seriously put forward these demands the ULA needs itself to be  re-structured with open mass membership, a democratically elected leadership , the end of clique politics from the current leadership and its extension in to the 6 north eastern counties. Such a development would then open up at least some possibilities of reaching out to those workers who are forced into sectarian strait jackets because of the sectarian structures of the northern state.

If the ULA were to become a genuine party of the working class, a genuine continuation of the ideas of Connolly and Larkin then the task of transforming society across the whole island of Ireland would be that much easier.”

How would a united party the size of the ULA work? Certainly it would not simply operate as an electoral force. Sure, it would organise campaigns and public activity, but it could represent a significant pole of attraction within the trade union movement and within the working class as a whole. The task of the ULA should not merely be as a flag of convenience at election time for the SP and the SWP, but a vehicle for a political struggle to win the majority of the advanced layers of the working class and the youth in the first instance and then the mass of the working class to the programme of the Socialist revolution across the whole of the island of Ireland and internationally.

As the austerity bites there will be dozens of battles within the public sector and within the private sector also. A clear Marxist explanation of the austerity and a programme to transform the trade unions into democratic and fighting organisations worthy of their members, could massively increase the potential of the unions to defend their members.

Keynesian economics, rival campaigns and sectarian sniping will not solve the problems of the Irish working class, but a mass party armed with a socialist programme and a Marxist perspective would represent an unstoppable force.