Details
our correspondent in Lahore
16 March 2015

There was a brilliant mood on the second day of the congress. Despite two big bomb blasts in Lahore on the same day, the comrades attending the congress of The Struggle refused to be intimidated.

They continued their deliberations which opened in the usual defiant tradition of revolutionary songs and poetry. In response the comrades clapped in rhythm and broke into stormy applause and cries of "Revolution! Revolution! Socialist Revolution!" 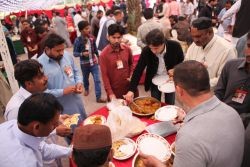 Everything was professionally organised down to every last detail, including security, which allowed the congress to run smoothly. The delegates and visitors from all over Pakistan, from the mountains of Baluchistan and the deserts of Sindhi, workers, students and peasants waited in anticipation for the first session on China. Comrade Gufran, who chaired the session, introduced comrade Lal Khan, who was given a very warm and prolonged welcome by everyone present. 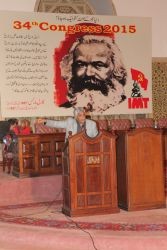 Comrade Lal Khan outlined the enormous significance of the Chinese Revolution of1944-1949, as the second greatest event in history. Since that time, China has accomplished much, but under Deng it began to evolve towards capitalism. He said we need to study developments in China, as it is being discussed in all quarters, in order for us to understand.

There is much talk about the "Chinese model", which has been used against socialism. It has been used to promote counter-revolution in Cuba and Venezuela. This "model" must be answered, stated comrade Lal a Khan. 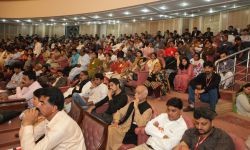 There are more billionaires in the Chinese parliament than in the Republican Party of the United States. In this parliament, the Chinese premier recently announced that the years of growth are over. Slow growth is now the new normal. It was a warning to bosses and bureaucrats not to obstruct "reforms". 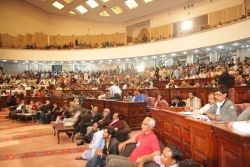 Comrade Lal Khan briefly outlined the main events in 20th century China, beginning with the birth of the Chinese Communist Party. The revolution and counterrevolution of the following years set the scene. Out of the defeat was prepared the Long March of Mao, a peasant war of social liberation. Its victory in 1949 led to the overthrow of capitalism and landlordism, despite the initial perspectives of Mao of 100 years of capitalism. But the revolution was not led by a Bolshevik Party and was deformed from the beginning. There was no workers' democracy, but the rule of the bureaucracy. Marxists welcomed this revolution, but understood it would require a second political revolution to guarantee the genuine rule of the working class. 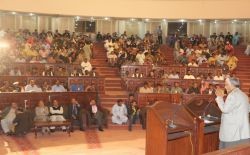 The difficulties that affected China in the 1970s, especially after the death of Mao, led to a shift towards counterrevolution under Deng. Gradually, capitalist methods were introduced to simulate the economy. The country was opened up to foreign capital which was given special economic zones to operate in. They poured in investments to reap massive profits.

The bureaucracy guided the pmovement towards capitalism, controlling the process in their interests. The bureaucratic caste was introducing capitalism, something Trotsky foresaw as a possibility for the Soviet Union.

With the growth of the economy has come also the growth of the working class, which suffers terrible exploitation. When this class, this sleeping giant moves, the whole world will shake. Strikes have been on the rise for some time, an indication that revolution is being prepared. 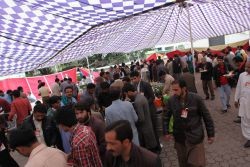 A lively and wide-ranging discussion followed about the nature of current events, the comparison between China and the USA, the strikes in China and other issues. The contributions from the floor reflected the high political level of our comrades and the enormous interest in this subject. 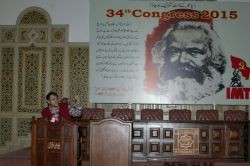 Comrade Adam Pal then delivered an excellent reply to the discussion. Not unsurprisingly, he was briefly interrupted by a power cut, several of which affected the proceedings, but this was productively used, as on all occasions, by the young comrades to shout revolutionary slogans in the dark, until power was restored and Adam was able to complete his reply. 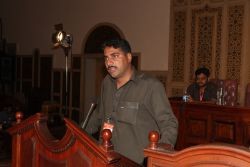 This was followed by comrade Yassar, the new chairman, who introduced comrade Paras to deliver an impressive organisational report. He first paid tribute to the quality of the comrades in our tendency. Our enemies are numerous: the state forces, the fundamentalists, the fascists, but we were not afraid. "We face very difficult conditions in society. It is an uphill struggle for us to build the revolutionary party. Consciousness always lags behind the objective situation. But the revolution is inevitable, which we will seek to lead." 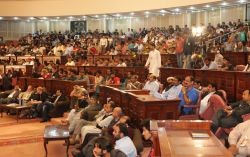 The organisation has great strengths, but we also have weaknesses, he said. We need to break the psychological barriers to the building of the organisation. We have branches, area committees and regional committees which we need to build up. We must raise our sights, he said, and intervene more effectively. He stressed the importance of the branch, where every comrade must be involved, where we are educated and where our work is planned. "We need a greater apparatus and more offices in every area. Our trade union work has centred on the PTUDC, which now has a regular publication. We have intervened in every dispute in the country. We work in different nationalist student organisations,.Our work amongst women has developed, but we cannot be satisfied. We must push ahead with this which must be extended among the female students, nurses, cooks and many other workers. Revolutionary women will attract other women." 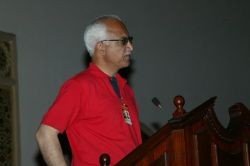 It was highlighted that our comrades were recently expelled from the nationalist student organisation in Baluchistan, but they are fighting back and are making gains. We stand for the building of a revolutionary Communist party. "Come forward and fight!" We cannot hesitate, we must go forward. "They say there are two paths: socialism or barbarism", said comrade Paras. "I say there is only one path: socialist revolution! Forward!" This provoked stormy applause with delegates rising to their feet.

Comrade Anwar Panhwal intervened from Sindh who reported on their work in organising agricultural workers and peasants. He told the congress that sometimes we get tired but we get renewed strength from being members of the International. 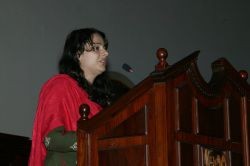 Comrade AnamAfter the dinner break, the organisation session was followed by the presentation of the new Central Committee list of 49 comrades. Then followed reports given to the Congress arising from the commissions on women, trade union, and youth work. It was reported by comrade Anam that we need to improve the women's work by writing for the paper on women's issues, which is not only the job of women but of all comrades. Working women are doubly oppressed and need to be approached with special measures. There was a need to conduct a struggle culturally on this question within society and also to educate our own comrades.

Comrade. Nazar reported on the trade unions. He dealt with the progress of the PTUDC and its activities. The launching of a trade union paper was also a big step forward, with plans to develop it from a monthly to a weekly and then eventually a daily. We have held rallies and meetings in protest against the government's privatisation programme. The minimum wage is being avoided on a big scale, and we will expose this scandal. Comrade Imran then reported on the youth and the strategy needed to develop this work. There was a plan for a national youth rally and extensive public work.

A singer comrade then sung an anthem written for one of our dead comrades, a great tribute from all the comrades present.

This was followed by voting on amendments and the documents. The CC slate was then voted on and the list unanimously agreed and the membership was reported to be more than two and a half thousand. 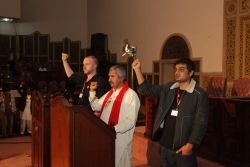 Comrade Florian from the Swiss section of the IMT gave the International report, beginning with the progress being made in Canada and North America and moving down to the IMT sections in Central and Latin America. He turned to the progress elsewhere, especially in the European sections. The crisis had opened a new opportunity for the building of the IMT everywhere. The report was met with regular applause and enthusiasm. Unfortunately, very few Pakistani comrades will ever have the opportunity to visit other sections, therefore the report was of special interest. 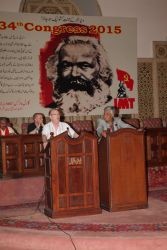 Comrade Sewell provided the closing remarks of the congress. "I have never seen such enthusiasm and commitment", he said. "This congress represents a milestone in our development. One can even say a new beginning."

He said that this year was the 75th anniversary of the death of our great teacher and martyr, Leon Trotsky. While you can kill an individual, you can never kill an idea whose time has come, he said. "Our time has come!", said Rob Sewell. "Our victory will come!" 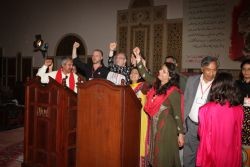 The congress ended with cheers, the waving of red flags, cries of "Revolution!", clenched fists and the singing of the Internationale. It was a fitting end to a marvellous congress, a new stage in the development of Marxism in the  South Asian subcontinent. The comrades then poured out of the hall to participate in a demonstration and continue the struggle. 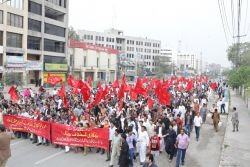 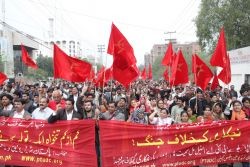