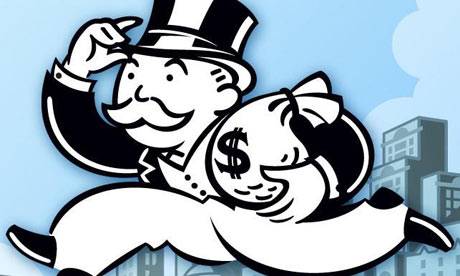 In 2015, the rich are still getting richer and the poor are still getting poorer. This is the conclusion of a new report on inequality produced by Oxfam and based on data compiled by Credit Suisse. The report confirms that the richest 1% of the world’s population now collectively own 48% of all the wealth of the planet. By 2016, based on current trends, they will have over half - that is, more than the other 99% of us have put together.

The 80 top billionaires of the world now possess $1.9 trillion dollars between them, a sum equal to the total combined wealth of the world’s poorest half of the population. Despite the world economic crisis, the wealth of these billionaires has gone up by 50% in just four years, giving them a massive $600 billion dollars extra to play with. It does not stop there. The richest 20% of the world’s population own 52% of the wealth not already grabbed by the top 1%.

Should this surprise us? In Capital, Marx explained how as capitalism developed and degenerated there would be a process of accumulation by which the rich few would suck up evermore amounts of cash and assets, all at our expense. As Marx noted, “Accumulation of wealth at one pole is, therefore, at the same time accumulation of misery at the opposite pole.”

The Oxfam report confirms Marx’s analysis and notes that the remaining 80% of the world has to make do with just 5.5% of the world’s wealth. The assets of this 80% averages out at just £2,544 per adult, whereas the top 1%, the super-rich, enjoy £1.68 million each on average.

Over the same four-year period as referred to already, the bottom 50% has seen their collective wealth drop by $750 billion dollars. Here we see graphic confirmation of the two worlds of modern capitalism. For the rich few, a sharp increase in wealth, despite all the economic chaos; for the masses a rise in job losses, pay cuts and brutal austerity.

The rich do not earn wealth; they steal it from a working class who actually produce it. Under conditions of capitalist crisis this process has just increased as they get us to pay for their crisis. The struggle for socialism is now more relevant than ever to end this rotten system of greed and ruthless exploitation.