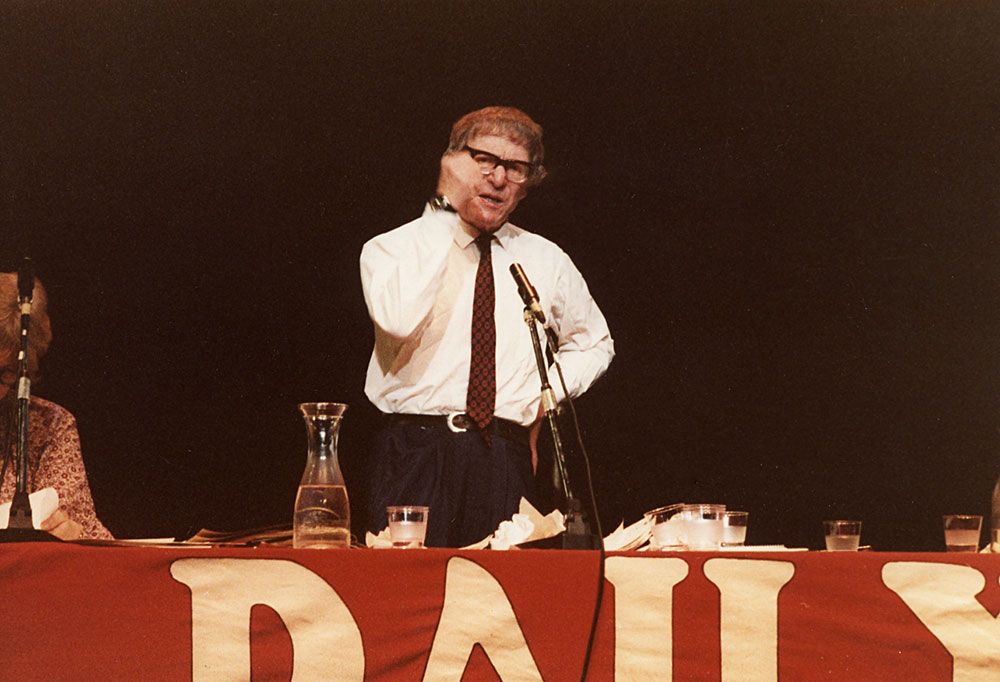 Ted Grant was a well-known figure in the international Marxist movement. He had a significant impact on British politics. When he died all the most important newspapers carried extensive obituaries that recognised this fact. This is a remarkable work that comprehensively covers the development of Ted's life and ideas, starting from his early family background in Johannesburg right up to his death in London in 2006 at the age of 93.

From his earliest youth in South Africa Ted Grant dedicated his life to the struggle for the emancipation of the working class. Moving to Britain in 1934 to seek new horizons, within a decade he had become the leading theoretician of the Trotskyist movement. The book deals with the launch of the Fourth International and Ted's battle to defend the ideas of Trotsky, which brought him into conflict with the leaders of the International after the Second World War. It explains the important theoretical questions and debates of this period and it outlines Ted Grant's important theoretical contribution to Marxism.

Ted was the founder and theoretical inspirer of the Militant Tendency, which Michael Crick once described as the fifth political party in Britain. The book traces the rise and fall of Militant. It provides a fascinating insight into a subject that remains a closed book to most political analysts even now.

Also available from Wellred in paper copy and as an eBook.