Details
In Defence of Marxism
28 September 2021 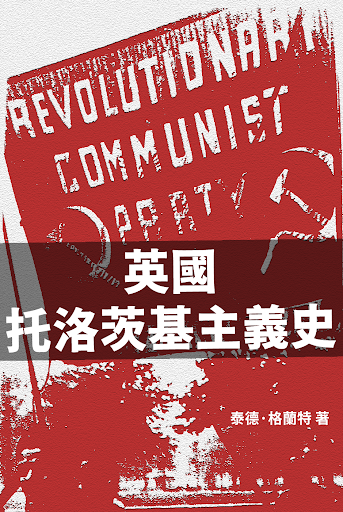 We are proud to announce that the entirety of History of British Trotskyism by Marxist theoretician Ted Grant, has been translated into Chinese! For the first time, workers and youth from the Chinese-speaking world can read about these important revolutionary experiences and events, which are often unavailable to them.

Ted Grant was a leading figure in the world Trotskyist movement. His arrival to Britain from South Africa marked a turning point in the Fourth International’s work in the country. From being one among many splintered groups in the early 1930s, the tendency led by Ted Grant became the largest, and unified all Trotskyists under the banner of the Revolutionary Communist Party (RCP) during World War II. Through correct theoretical basis and tactics, the British RCP played a significant role in the British class struggle and put great pressure upon the Stalinists and the British state.

The value of this book is far beyond simple historical interest. It provides highly relevant lessons for how to build a revolutionary organisation today. From the point of view of a participant, Ted Grant illustrated how a handful of energetic revolutionaries based in Paddington, London managed to meticulously build up a sizable force. The challenges they faced, such as obtaining a printing press, collecting resources, resolving internal differences, and discussing with other groups, provide insights for revolutionaries who are also building an organization from scratch.

However, Ted Grant’s revolutionary life did not end with the RCP. After its dissolution in 1949, Grant found himself once again isolated with a handful of comrades. Yet with his Marxist perspectives and lessons learned from the RCP years, he was able to found and lead an even bigger organisation, the Militant Tendency, and built from a group isolated in Britain to a revolutionary tendency operating across many countries, culminating in today’s International Marxist Tendency. Rob Sewell’s substantial postscript covers this later history, which we have also included in this Chinese edition.

The Sinophone working class is a vital component of the world proletariat. They will therefore invariably play a crucial role in the international revolution. The most advanced class fighters of Taiwan, Hong Kong, China, Malaysia, Singapore and the Chinese diaspora elsewhere would need the ideas of Marxism in order to build up a leadership that can help the workers overthrow capitalism where they are. This is especially important for the Chinese working class, which is struggling against a self-proclaimed “Communist Party” regime that presides over the world's second-largest capitalist economy.

This is why we at The Spark and the International Marxist Tendency are beginning the work of translating these important Marxist texts, so that these revolutionary insights are made available to the millions of Chinese-language readers.

The entirety of this book’s content is now available on The Spark, the website of the Taiwanese members of the IMT. You can access it here!